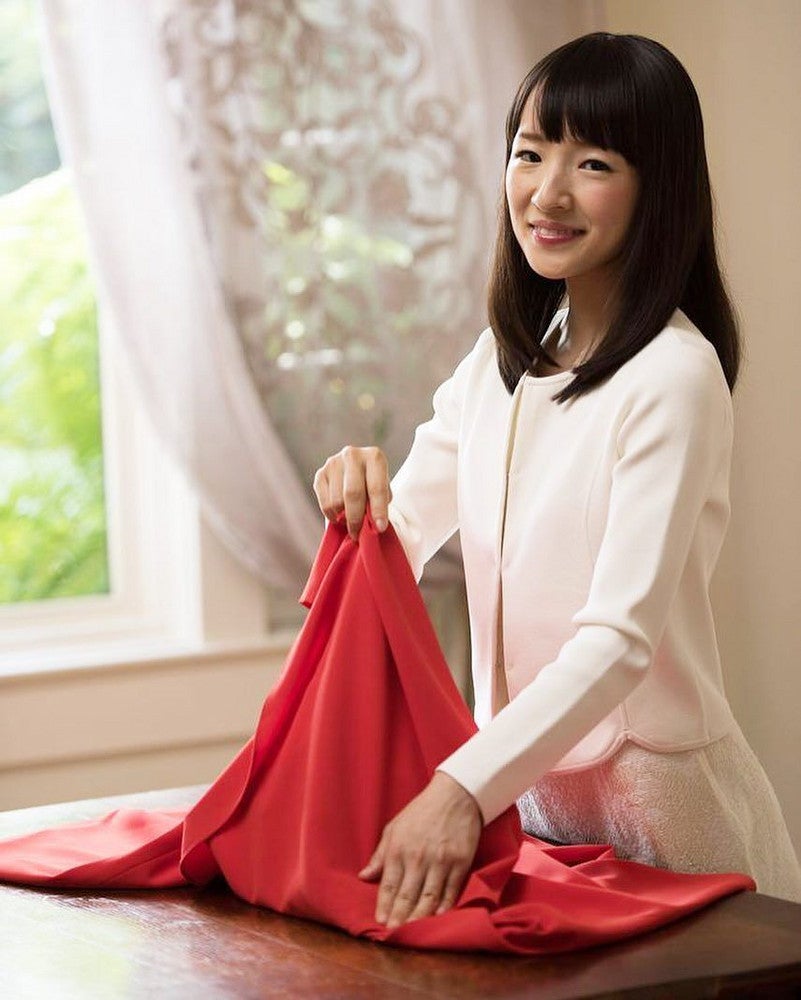 If you’ve been looking for a good, downright cathartic cry, your search stops here. Marie Kondo’s new Netflix show, Tidying Up With Marie Kondo, is serving up major feels. Don’t believe us? Just take a peek at the first official trailer.

Every nonbeliever who thought Kondo couldn’t change lives with her extraordinary tidying skills, prepare to be proven wrong. Judging from this first sneak peek, the show—which officially airs on January 1—is as much about taking control of clutter as it is about taking control of your personal happiness. Each episode will follow the stories of people who are dealing with change or trauma, including a family that has been forced to downsize and a widow who is holding on to her husband’s items. It’s safe to say you’re going to need to stock up on the tissues for this one.

Since the launch of her best-selling book, The Life-Changing Magic of Tidying Up, the decluttering extraordinaire has become somewhat of an international tidying phenomenon. For first-timers who have yet to enjoy the art of “Kondo-ing” (yes, that’s a real thing now), the organization pro’s revolutionary KonMari Method encourages mindfulness, optimism, and cherishing items that spark joy—all while letting go of the belongings that don’t.

Offering wise advice on all things happy living with her renowned “tidying up” guide and its insightful illustrated counterpart, Kondo has continued to make a name for herself as a leading organizing expert. It’s been a year now since the guru first announced via Instagram that she would “be bringing the life-changing magic of tidying up to a brand-new series for a global TV platform.” The extremely exciting yet slightly vague news effectively served as a casting call—specifically for full-time litterbugs over the age of 18 living in the Los Angeles area. Now, we finally know just how “global” Kondo intends to go.

The home improvement queen took to Instagram in February to officially reveal that her new reality show will launch on Netflix, and we couldn’t have asked for sweeter news. According to Curbed, the series will have eight episodes in its first season.

“Helping individuals undergo life transformations and sharing the process through this partnership with Netflix is an exciting way to share the magic of tidying with more people,” wrote Kondo of the show.

And while we would watch Kondo’s extreme makeover series were it to launch on any other major platform, the fact that she’ll be sharing her endless organization wisdom via Netflix is especially stellar news for self-professed bingers. Though it may only encourage further couch potato–like behavior (which Kondo would decidedly not approve of), clueless folders, dedicated neat freaks, and mess makers will soon be able to happily stream the new reality show and soak in Kondo’s sage tidying advice from the comfort of their computer screens.

We’ll be adding this impending series to our growing list of must-watch design shows (that aren’t Fixer Upper) stat.