The best of the best in television design. 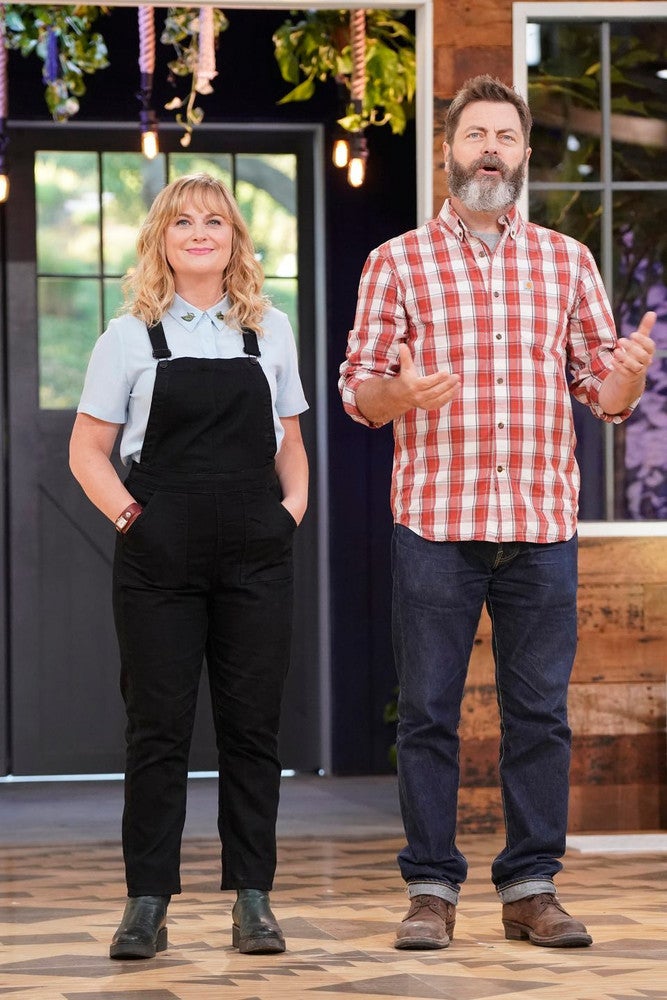 While we’re still upset that the five-season run of fan-favorite home improvement show Fixer Upper is over, there are other design shows that exist beyond the realm of Chip and Jo. From reboots of old classics to brand new reality and competition shows, there’s now a whole world of renovation and design TV out there that offers unique perspectives, incredible makeovers, and, of course, lust-worthy decor.

Read on for the best home improvement shows any decor fanatic should add to their must-watch list ASAP.

The recent reboot of the popular show captured our design-loving hearts and had us reaching for the tissues almost instantaneously. The uplifting reality show, featuring the Fab Five, is all about life-changing transformations and Bobby Berk’s mini home makeovers are no exception.

If you’re a fan of Parks and Rec (or just really love crafting), you’ll definitely want to tune in to NBC’s Making It. Produced and hosted by TV’s favorite BFF duo Amy Poehler and Nick Offerman, the competition will bring together eight of the most talented makers from across the country and put them head-to-head in a series of tasks to be completed in the hopes of scoring the title of Master Maker. The talented DIYers will have to win over Poehler, a self-proclaimed crafting novice, Offerman, a New York Times best-selling author in the woodworking space, and Dayna Isom Johnson, Etsy’s trend expert, among others.

Get Out of My Room

Do you remember what your dream childhood room looked like? Well, Claire Zinnecker’s new show takes those imaginative dreams and turns them into a reality. Get Out of My Room premiered in June 2018 and centers around the premise of two siblings, who had previously shared a room, each getting to design their own room. From castle beds and slides to bright murals and secret hideaways, Zinnecker lets their imaginations run wild.

Tidying Up with Marie Kondo

Earlier last year, it was announced that everyone’s favorite streaming service, Netflix, ordered an eight-episode reality series starring the world’s foremost organizational guru, Marie Kondo. Fast forward a year later and it’s safe to say that this one has become the, arguably, best home improvement show on TV. Cue the onset of the KonMari transformations that have ensued, sparking plenty of joy along the way, of course.

Hold everything: Your favorite carpenter from Fixer Upper, Clint Harp, finally got his own show. Wood Work, which premiered on the DIY Network last May, follows Clint and his wife and business partner, Kelly, as they build stunning, one of a kind pieces out of recycled wood, to sell at their furniture store.

Restored by the Fords

Looking for something to fill the Fixer Upper-sized hole in your heart? This show just may be the one. Following brother and sister duo Leanne and Steve Ford as they fix up older houses around their hometown of Pittsburgh, Restored by the Fords is a great option for anyone looking to learn how to improve an aged home.

“We renovated homes both in the country and in the city,” Leanne tells Domino. “The fun part for me is that as a designer, I got to work with so many different homes, each unique in its style, history, and owners.”

Speaking of Fixer Upper, if you’re still craving your Chip and Joanna fix, don’t worry—they haven’t left TV entirely. While the new spinoff won’t be focusing on any new renovations, Joanna will instead be spotlighting the most talked about home makeovers on the show’s original five-season run.

So, any burning questions you might have had? Consider them answered by the queen herself.

Flip or Flop Fort Worth

We’re huge fans of the original, but this new spinoff is definitely one for the books. Featuring army couple

, the new Flip or Flop is about transforming rundown areas into stunning family homes, with a focus on hiring fellow veterans. And if you were still hesitant, check out some of the couple’s top renovation advice here—they definitely know what they’re talking about.

The ultimate test of the home renovation variety, Love It or List It gives the client two choices—either stick with the renovated home interior designer Hilary Farr has transformed, or sell it and move into a home picked by real estate agent David Visentin. You’ll be shocked at some of the outcomes, but that’s all part of the fun.

A renovation show classic (and for good reason), Property Brothers follows twins Drew and Jonathan Scott as they help couples find and transform cheap fixer-uppers into their ultimate dream homes. Using CGI to help buyers see what the future homes will look like, it’s up to the brothers to convince people to take that risk… and they very often succeed.

Ever wanted to know exactly how a whole house renovation takes place? The slower-paced This Old House just might be your jam. Unlike other home decor shows, this one follows the renovation of a single house over a series of episodes, therefore providing viewers with an in-depth look at how home transformations really take place.

The much-awaited reboot of the beloved early 2000s design drama finally premiered back in April 2018 and was met with much fanfare. Featuring both our old favorites and some new (cute!) faces, the updated version still has the same dramatic reveals, but with some interesting new personalities thrown into the mix.

Interior designer (and Framebridge’s new creative director) Nate Berkus stars with his husband on this new show, now in its second season. While more on the reality TV side than a renovation show, we’re still loving the focus on family life, design disagreements, and helping young homeowners fix their design woes—not to mention, an inside look into Berkus’s design method is always a welcome reprieve.

This post was originally published on January 2018. It has been updated with new information.

‘Restored by the Fords’ Is Our New Favorite HGTV Show – Here’s WhyThe Stars of ‘Flip or Flop Ft. Worth’ Reveal Their Top Renovation TipsWhy We Love the Husband and Wife Duo Behind HGTV’s ‘Richmond Rehabbers’ Pilot