The renovating couple gives us the inside scoop on designing behind the camera. 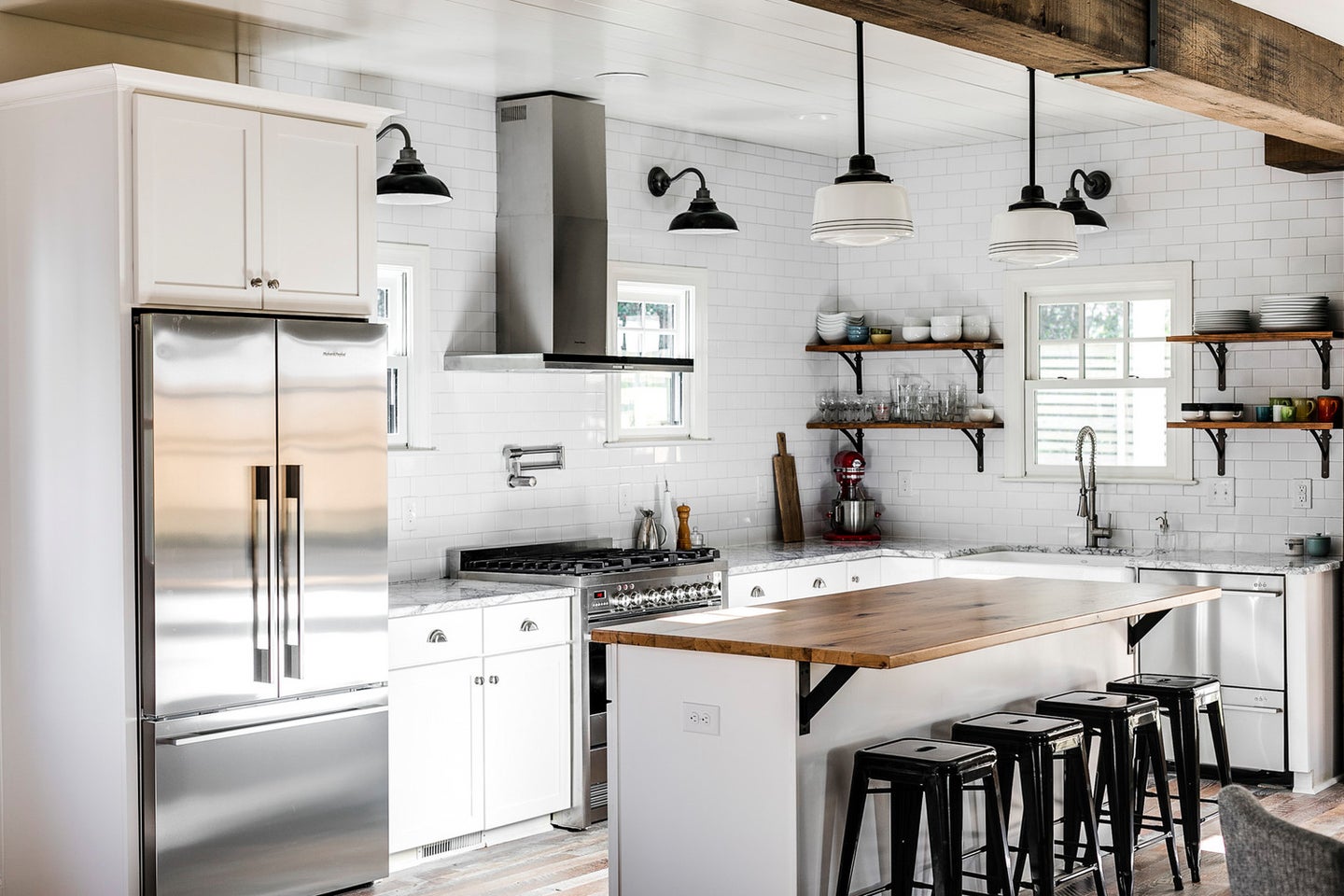 If you’re an HGTV viewer, you may recognize this husband and wife duo: Josh and Breese Romano with Richmond, Virginia-based Cobblestone Development recently spent some time in the TV spotlight when their Richmond Rehabbers pilot aired on HGTV.

Tapping into their real estate background, the couple buys historic homes that are in need of an overhaul—and then lovingly restores them. From start to finish, the Romanos manage the purchase, construction, and design process.

After six months of filming the pilot of Richmond Rehabbers, the episode debuted on HGTV in May: an hour-long show following the restoration of a large, historic four-square in Richmond’s up and coming Battery Park neighborhood. For a young family of three, the Romanos not only restored the house, but also reconfigured the floor plan, giving it a modern, open-concept layout.

In the end, HGTV didn’t pick up the show, but the couple is now in talks with another production company about a reality show following their day-to-day life.

“The show would incorporate more of the real side of the work that we do, like real estate,” says Breese, who also recently started her own design company, Breese Romano Designs. “And it would incorporate other people who are doing really cool stuff in Richmond. It would be neat to have a show that is about how we are all connected in what we do, and to showcase Richmond even more.”

The Romanos renovate around a dozen properties at a time, and in a year are restoring nearly 30 homes throughout the Richmond area—so, we can only hope their TV show comes to fruition. Luckily, Breese and Josh invited us into one of their house projects: the dramatic transformation of an old Cape Cod into a fabulous modern farmhouse.

“Buying a house is one of the biggest investments you’ll ever make, and we want to set people up for success and not just give them a beautiful kitchen, but a functioning house,” says Breese.

Josh and Beese “popped the top” on a Cape Cod in Richmond’s Near West End by adding a second story and enlarging its footprint. So, it was expanded from 1 200 square feet to 2,700. “We had so much fun with this house,” says Breese of the five-bedroom, three-bath house. “It is one of our best houses that we’ve done.”

The exterior was given its modern farmhouse facelift by covering the brick with Hardiplank board and batten that was painted Benjamin Moore White Dove. Black windows and French doors give the house a more dynamic and contemporary look.

In the sprawling entryway, a built-in was created with beadboard, storage benches, and hooks. “When you walk in, it opens up into the rest of the house,” says Breese.

Off the foyer in the playroom, the floor was tiled in graphic black-and-white Merola tile from Home Depot, and the ceiling was covered in white beadboard.

Throughout the home, old floors were replaced with reclaimed, rough-sawn oak that was given a wax finish.

In the downstairs bathroom, Merola tile is paired with white penny tile,

and Carrara marble. “I gravitate toward clean and crisp, and with accents of wood and metals and interesting tile,” says Breese.

Opening up the floor plan on the ground level, walls were taken down so the kitchen, dining room, and living room all flowed into one another. Metal beams wrapped in salvaged wood give definition to each space, all while adding a rustic touch.

In lieu of upper cabinets, shelves were installed to give the kitchen a light and open feeling: “It makes it feel airy, and it provides a little decorating tool so you can display your dishes,” says Breese.

White painted wood paneling on the ceiling helps to further define the kitchen from the adjoining living room and dining room.

In the living room, a shiplap-covered fireplace echoes the wood paneling used on the kitchen ceiling.

After “popping the top” on the Cape Cod, four bedrooms and two bathrooms were added to the upstairs.

For “aging-in-place,” a first-floor master and luxurious master bath were worked into the floor plan. “We try to build all our houses with that in mind, so that the house grows with the homeowner,” says Breese.

In the master bath, a clean and contemporary white-and-gray palette incorporates two-inch Carrara marble hexagon tile on the floor, Carrara marble subway tile in the shower, and Carrara countertops.

The upstairs hall bath is crisp and clean with Carrara marble, white penny tile, and subway tile arranged in a herringbone pattern for visual interest.

In the stairwell, thin strips of wood trim painted in white gives the wall the appearance of wood paneling. “It’s very modern, adds great texture, and is a nice focal point,” says Breese.

“They have great style,” says Breese of the homeowners. “It always helps to have buyers who are willing to take some design risks and do some fun stuff.”

Fixer Upper Is Ending After Season 5 (No, You’re Crying!) A Chicago Cottage Mixes Old-School Charm and Modern Decor ‘Trading Spaces’ Is Bringing Back Its Original Cast, and We Can’t Wait
Go to mobile version