Designer Leanne Ford works her magic, with the help of her brother, on aging houses in the Pittsburgh area. 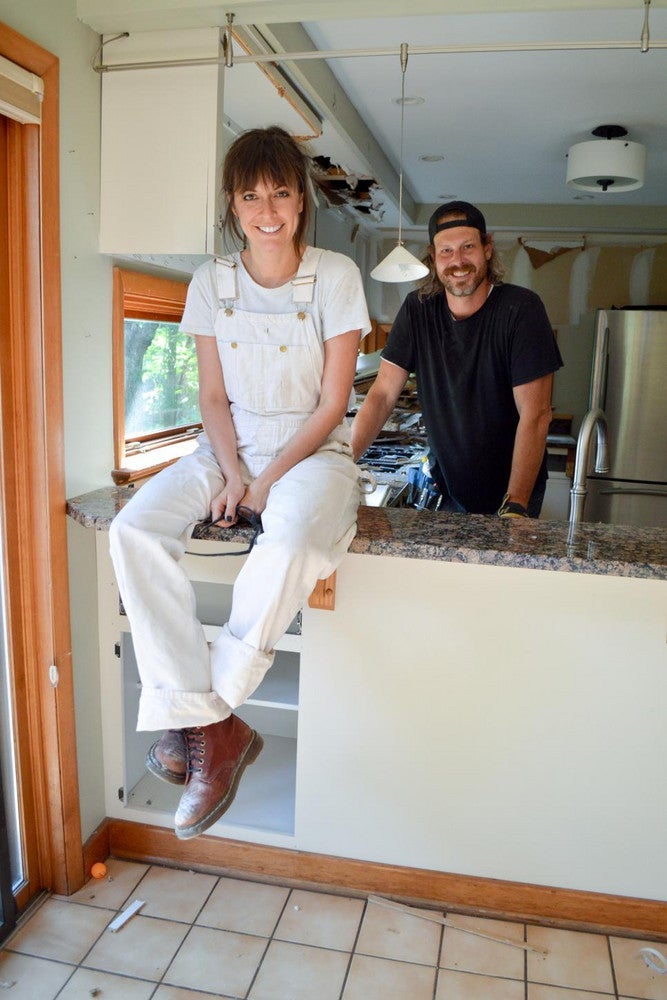 If you’re still sad that Fixer Upper is ending (and honestly, who isn’t?), here’s some happy news: Restored by the Fords—aka our new favorite HGTV renovation show—will premiere on January 2 at 10 pm, (conveniently right after Fixer Upper). The show features siblings Leanne and Steve Ford as they fix up older houses in and around their hometown of Pittsburgh, and it’s sure to sate every home improvement reality TV craving.

The show has been in the works for awhile—we spoke about it with Leanne earlier this year when we featured her home in our spring issue—so we caught up with the designer to find out what to expect from the series.

“We renovated homes both in the country and in the city,” says Leanne. “The fun part for me is that as a designer, I got to work with so many different homes, each unique in its style, history, and owners. The common thread was always to honor the history of the home and try to keep as much character as we can, while still modernizing it for the client’s needs. I really had a chance to play creatively.”

Leanne acts as the creative wizard behind each project, while Steve uses his carpentry skills to bring her vision to life. Not many people would want to work side-by-side with their sibling, but Leanne insists they enjoy the process. “We actually have a lot of fun together when we aren’t stressed and exhausted!” she says. (The one thing she doesn’t like? Steve’s eye roll.)

The pair realized their design savvy after Leanne recruited Steve, who had worked construction jobs since high school, to help her renovated her first home: a schoolhouse that hadn’t been touched since the 1960s. She drew up plans to modernize and restore the property, but couldn’t find a team of contractors that would get on board, so she decided to DIY it.

“She had this vision, and she would instantly go into a room and just start wrecking stuff,” Steve told HGTV. “Then it had to be fixed to her taste and liking. She knew I could do it, so I got the phone call. I think she knew she had, like, a safety net. She could knock out walls and then her brother would come fix them.”

You can expect a similar process in the new series, which they filmed in six months. “It’s was a lot,” says Leanne, “but such a magic thing to finish that many projects so quickly. “

In the premiere, they reconfigure the floorplan of a small home to be much roomier for a young couple in need of more space for their growing family, while the second episode takes them to an 1885 Victorian home.

Does she have a favorite moment from the premiere? “When Steve lets me cut his hair!” Intrigued? Tune in at 10 pm on January 2, 2018, and follow Restored by the Fords on Instagram for some behind the scenes action.

The Stars of ‘Flip or Flop Ft. Worth’ Reveal Their Top Renovation Tips Everything You Need To Know About HGTV’s New, Must-Watch Show Why We Love the Husband and Wife Duo Behind HGTV’s ‘Richmond Rehabbers’ Pilot