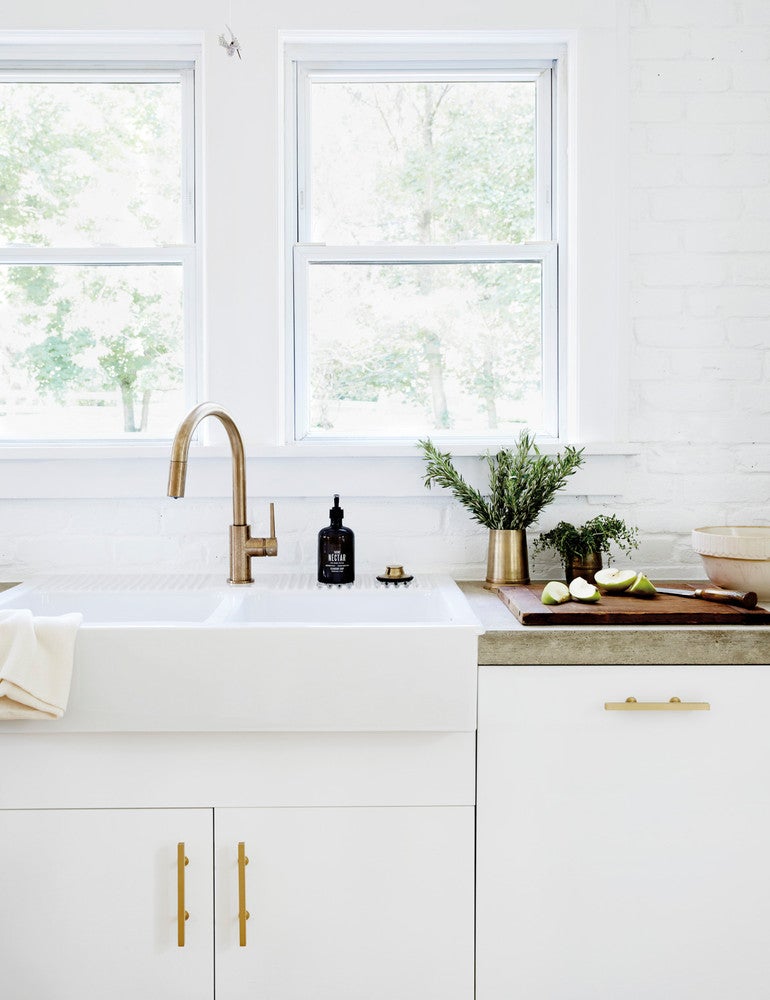 is her own best test case. “I have all these wild, weird ideas that I can’t necessarily get clients to jump off on,” says the Los Angeles–based interior designer. Some of these experiments have been captured as part of HGTV’s new series Restored by the Fords, featuring Ford and her brother, Steve, a renovation project manager, as they renovate quirky old properties in their hometown of Pittsburgh. “I love run-down places. I feel a responsibility to keep them alive,” says Ford. (Her flair for interiors was no doubt honed during her many years as a fashion, advertising, and celebrity stylist, as well as a creative consultant for such companies as Hollister.)

White-on-white adds to the airy feel of Ford’s office nook, while also having a dramatic effect.

One recent rehab is Ford’s 1945 farmhouse, which she filled with one-of-a-kind pieces and where she tried out some new design ideas. Many led to stylish discoveries, like placing custom concrete vanities under the bathroom windows to maximize space and highlight the view, or trying not to use chrome or silver anywhere in the house as a challenge “just for kicks,” Ford says, adding: “That was actually harder than I expected.” She even kept the stucco—that much-maligned, seemingly outdated texture. “It’s really special and pretty when painted.”

The different vignettes in Ford’s home show the versatility of her favorite shade.

A common theme is Ford’s love of white—from the painted vintage briquettes in the kitchen and living room to the master bathroom shower curtain made from an old ship’s sail. “White is the silence between the chords, the pause in the poem,” she explains. “It can be taken in any direction.” The color acts as a calming unifier in the eclectic space.

It’s also the best canvas for showcasing the organic and textural elements Ford gravitates toward, especially wood. Rather than sticking to one finish or veneer, she prefers different surfaces and details that blend together as they might in nature. A standout is the hemlock platform bed Leanne and Steve made by lining up massive 8-by-10 slabs they obtained from a local supplier. (Lesson learned from the experiment: Next time she’ll hollow them out. “They were so heavy!” she exclaims.)

Brass fixtures in the kitchen and bathroom and an artful collection of cream accessories and found treasures—tchotchkes, antiques, mini busts, and signs placed throughout the rooms—further warm up the space. The only contrast is black, which adds “a masculine finish” to pieces like the backgammon set and barware on display. While the monochrome palette might seem like a design challenge to most, Ford says, “There is nothing better than

For the charcoal mountain scene in her bedroom, she asked her friend Alexandra Gracik to draw on a canvas. The caption beneath reads: “Forever wandering in my soul, the quiet grounds me, love always.”

“I want to be able to have the space feel bright and clean during the day, and warm and moody at night.”

Ford layers a pale palette in inspired ways, like repurposing a ship’s sail into a shower curtain and artfully displaying her collection of vintage dresses.

Ford rarely uses window treatments. “It’s a shame to cover up sunlight and the views outside,” says the designer, who kept things simple and bright in the kitchen and dining room. Another tip: having texture on the ceiling. “It’s a forgotten space but just as important as the walls.”

“I use white to showcase and highlight everything else in and about a room.” 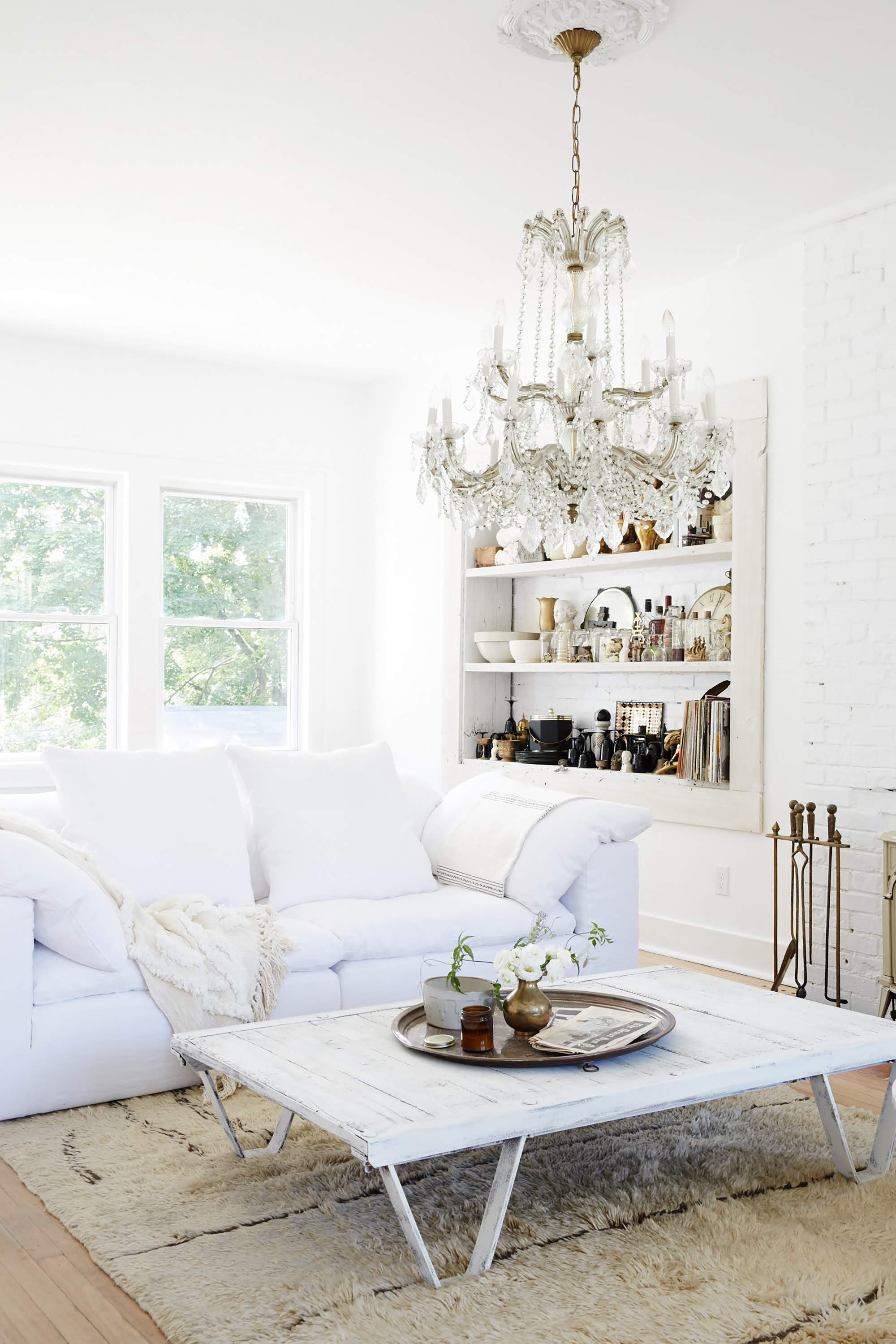 Brass fixtures, raw materials like cement, and darker accents, such as a large-format black-and-white photograph, ground the space.