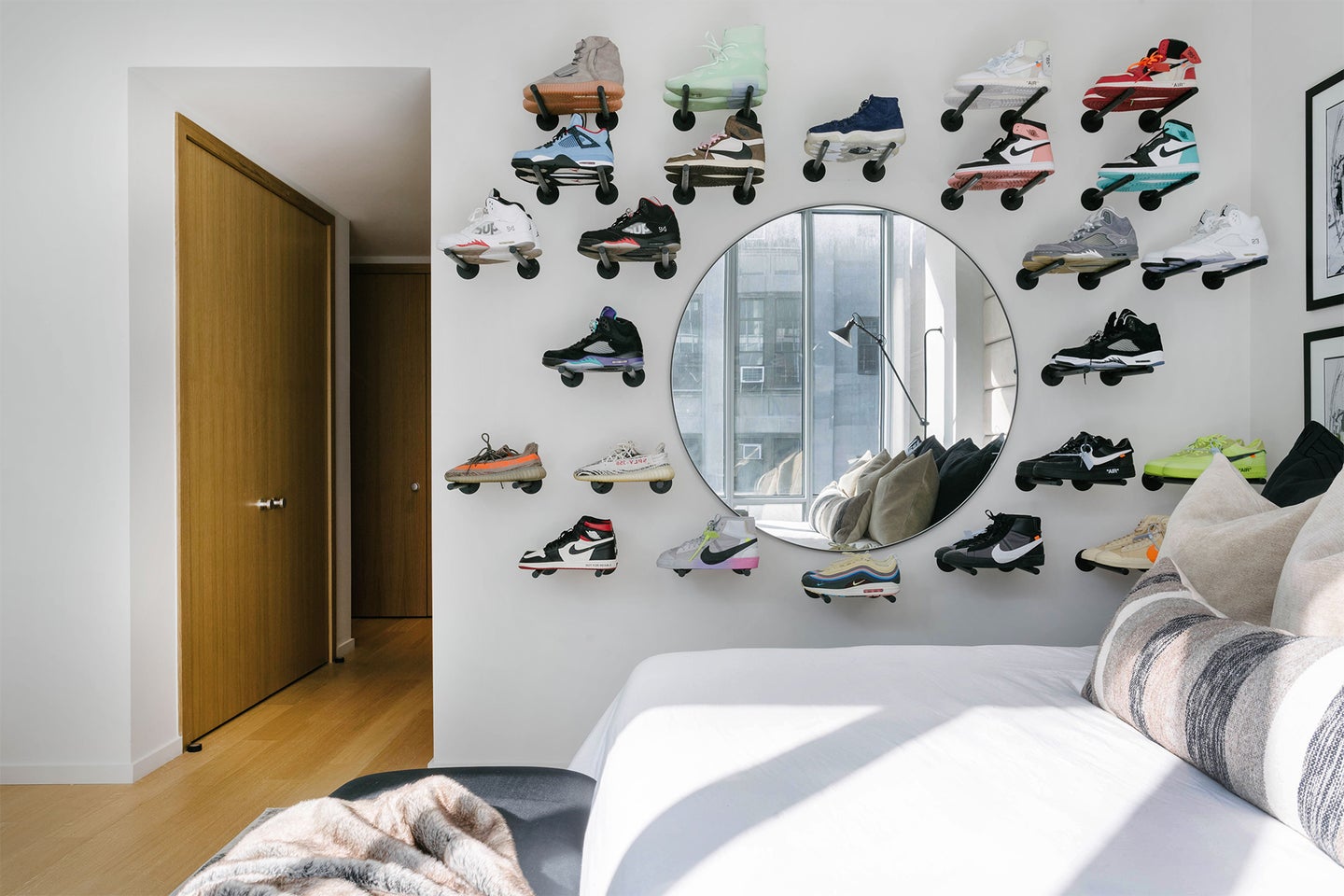 For most collectors, sneakers aren’t mere gym shoes. Nor are they the thing that you simply slip on for a casual Friday or a weekend stroll. For many, they’re a form of art, worthy of putting out for all to see—which is exactly what designer Eneia White did for one young client.

“The only guidelines he gave me for designing his bedroom were that he had 300 pairs of shoes, and that his girlfriend was moving in in a month,” she says. White needed to quickly come up with a solution that both solved the problem of storage (sure, the apartment had two floor-to-ceiling closets, but those could only fit a mere 200 pairs) and decoration (her client liked a simple, hotel-inspired look, but wanted some elements of fun). She looked around for shelving units and realized that her one-month deadline wouldn’t cut it for a custom option. Then she had another idea. She picked out a big round mirror and turned to Amazon, where she bought $10 brackets to prop each pair up individually. On the bedroom wall, she arranged them all into one big piece of art: A sneaker blossom, with rare Nikes as petals.

She mapped out the placement of the sneakers, first trying out a box pattern that ultimately felt too much like a retail space, and ultimately settled on a round shape. Installation from that point on was fairly easy, but once it came time to arrange the footwear on their brackets, she turned to the expert—her collector client—who taught her a thing or two about the value of a rubber sole. “He showed me where he wanted them,” she says. “Now all of his best shoes are on display.”

See more stories like this: A “Chromatically Confident” Home Doubles as a Time Machine to the ’70sThis Home’s Blue Kitchen Was a Total (Happy) AccidentThis Swedish Company Is Reinventing Everyone’s Least Favorite Flooring