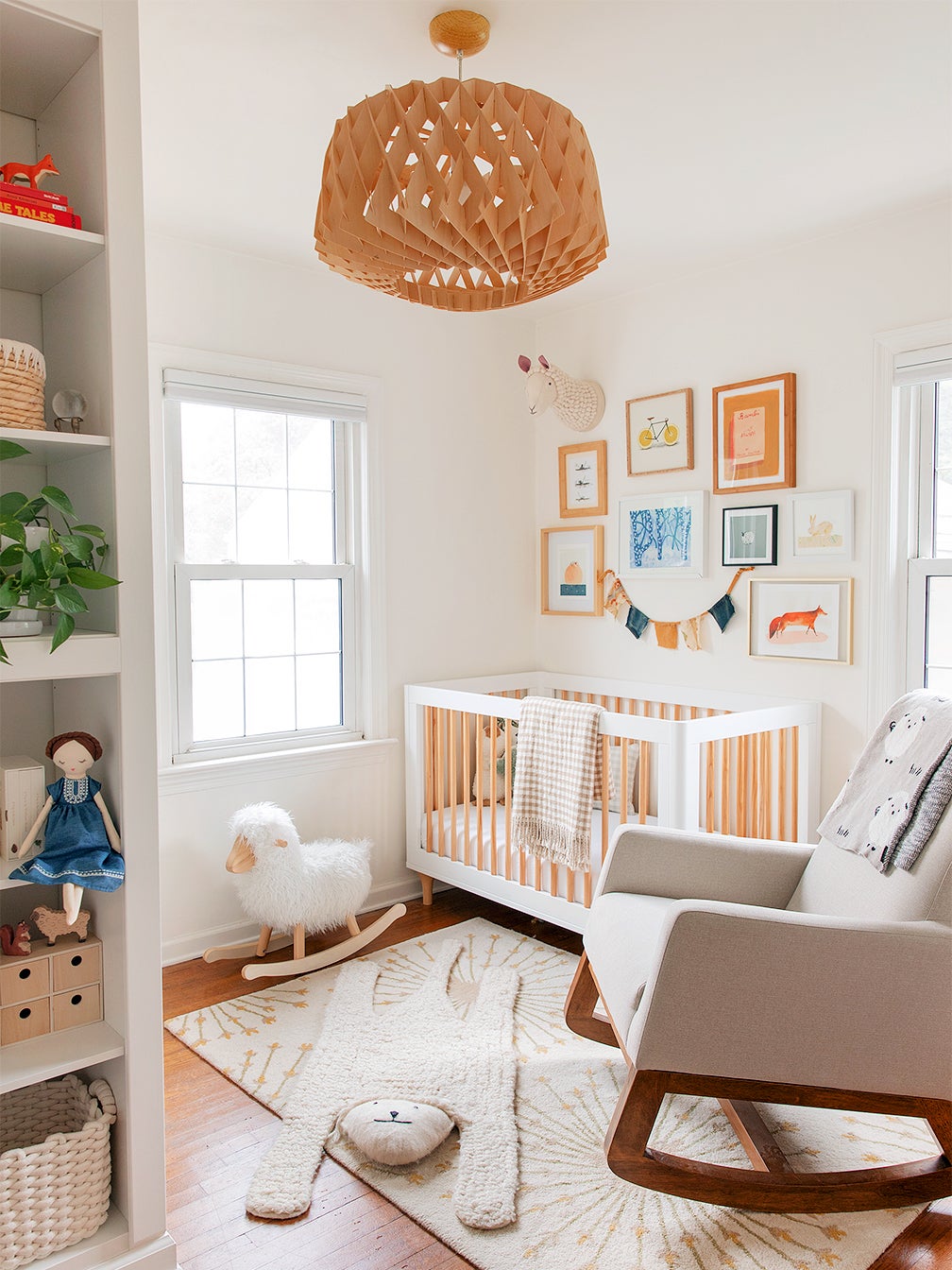 In the most polite way possible, photographer Jillian Guyette and her husband, Robert, asked loved ones not to give them too much stuff when they learned they were expecting their now 14-month-old daughter, Frankie. “We really only registered for what we needed,” recalls Jillian. The reason? The couple’s New Jersey home is only 900 square feet, with the nursery spanning a mere 112 feet. In other words, there was no room for fancy gadgets and all the coolest new toys. “If you tell people that you’re trying to minimize clutter, I think they understand,” she says.

Instead, their focus has been spending quality time with Frankie, something that was easy from the get-go because she arrived on the same day their state went into lockdown last spring (Jillian was one of the last few people at her hospital who got to have an extra person aside from her husband in the delivery room). “It’s been this dichotomy between wanting our family to meet our baby but also being just so tired and getting used to functioning,” she says. Fortunately her father-in-law lives right next door, so he got to be around in the early days and help with some key home renovations, including carving out an epic (but small space–friendly) reading nook for his new granddaughter.

Think Inside the Box

Robert and his father stacked two Kallax shelf units ($80 each) on top of each other, securing them to the wall and adding trim in between the units and on the sides to make them look truly built-in. Then they cut out two of the dividers on the lower piece and lined the opening with engineered birch plywood in order to make a reading nook for Frankie. “She’s always crawling into things and seeing what she can fit into,” says Jillian. While Frankie’s board books live in the baskets on the bottom shelves (they tend to just look messy if left out given how bulky they are), her other reads are displayed on the shelves in a color-coordinated fashion, including her mother’s childhood copy of Curious George. “The clutter piles up really quickly, so we tidy up at the end of each night,” she says.

Jillian bought an upholstered linen dresser when the nursery was previously the guest room, thinking the fabric-covered piece could live in any type of space (the soft corners are babyproof without looking babyish). She ended up buying a matching chest and put the two side by side to maximize the storage, turning the top of her original six-drawer one into a changing station. “I personally don’t like dressers that are meant to be changing tables, because the shelf life of that is so short,” she explains. Any surface can work as long as it’s the right width and height.

The crystal ball on the bookshelf is a nod to Jillian’s family (her mother met her father at a psychic reading, and the item was gifted to her mom by a friend at her baby shower when she was pregnant with Jillian). “Even as a kid, I knew it was really special. It just seemed important to keep it on display,” she says—but still out of reach from teeny hands, which is why it’s situated up high on the bookcase.

Mixed into the gallery wall above the Lolly 3-in-1 crib is another piece from her mom: a linoleum block reduction of a snowy forest scene. Then there’s a watercolor Jillian herself made when she went into false labor and a banner she sewed using scraps of fabric from a falling-apart vintage kimono and her husband’s old jeans. “I think you can put pieces in a nursery that keep it feeling special and sentimental but aren’t necessarily for a baby,” she says. It’s the little things that make a small space mighty.