This Home’s Blue Kitchen Was a Total (Happy) Accident

Behind the scenes of Colette Shelton’s first house flip. 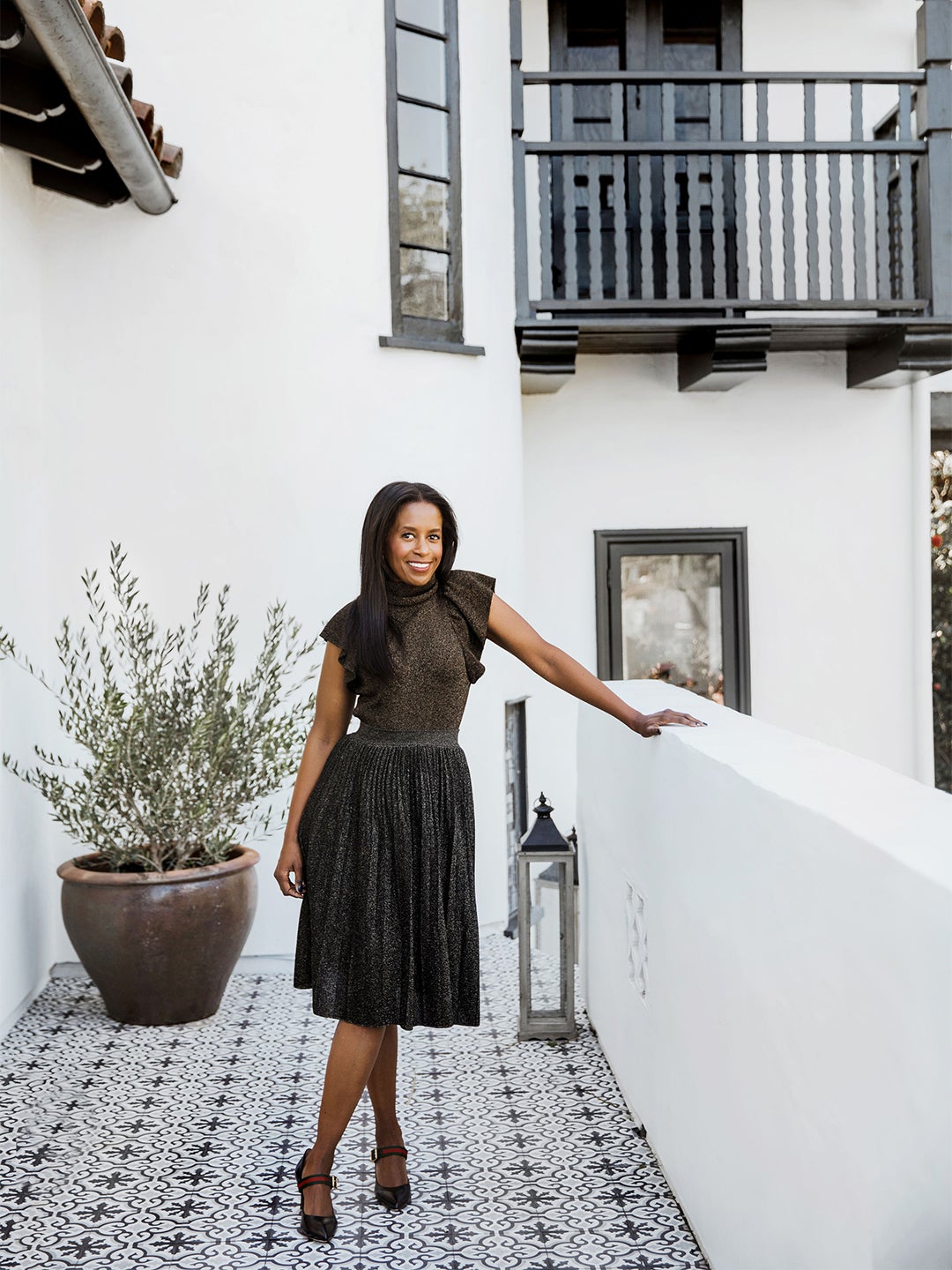 For a first-time house flipper, Colette Shelton knows her stuff. The designer—whom you might recognize from the Amazon show CoCoCozy Design House—walked into an open house at a 1930s Spanish Colonial in Los Angeles’s View Park neighborhood and promptly fell in love. “There were hordes of people, and I stood in the living room and said out loud, ‘This is my house.’ There was a guy there who turned to look at me strangely,” she remembers. “I always have these moments that I feel are slightly poetic and I just turn into full comedy. That was one.”

Ten months later, she had a full gut remodel to add to her résumé, documenting the whole thing on her Amazon series. The home had great bones, but it was up to Shelton to spruce up the details; the built-in arches were full of character, but popcorn ceilings, vinyl windows, and wall-to-wall red carpeting were less so. Each room followed three strict principles: brightness, texture, and livability. “I sat in every single corner to make sure that every possible view a person could experience worked,” explains Shelton.

The icing on the figurative cake? Even though the project has long wrapped, she can see her work whenever she wants—she eventually sold the house to her sister. “She keeps it like a museum,” jokes Shelton. “If her husband moves something around, she’s like, ‘That’s not how it looked in the show!’”

We chatted with Shelton to get the story behind three of our favorite spaces.

Shelton initially wanted super-dark cupboards; the pale pastel was a total happy accident. “My cabinet guy brought over some fronts that were covered in this powdery, soft blue primer—I straightaway wanted to find something to match that,” she says. Inspired by the renovation material, she set about scouring paint chips for the perfect fit and landed on Benjamin Moore’s Silent Night. The blue-gray makes the kitchen feel layered, avoiding what would otherwise be an all-white room and adding some warmth.

“That wall started probably 10 years ago on Portobello Road,” says Shelton. There, she stumbled across a botanical print and the obsession began: Over the years she would collect them at flea markets, and eventually she found a book of 1880s drawings at a Pasadena fair that would form the basis of the vignette.

The wall has personal significance, too. An aunt of hers owned a restaurant, which, unbeknownst to Shelton, was also filled with flowery prints. Her aunt brought her some for her personal collection. It’s still growing.

Most people would caution against covering original architectural features (like wood beams) with paint. In fact, most people did. Shelton faced some pushback, but in the end she’s glad she made the change. “It really makes the ceilings feel taller and eliminates visual clutter,” she says. The white coat is a small tweak that made a big impact. The whole space feels like one big, clean fresh slate.