This $55 WFH Setup Will Inspire You to Ditch Your Bed

A few IKEA pieces and a whole lot of repurposing. 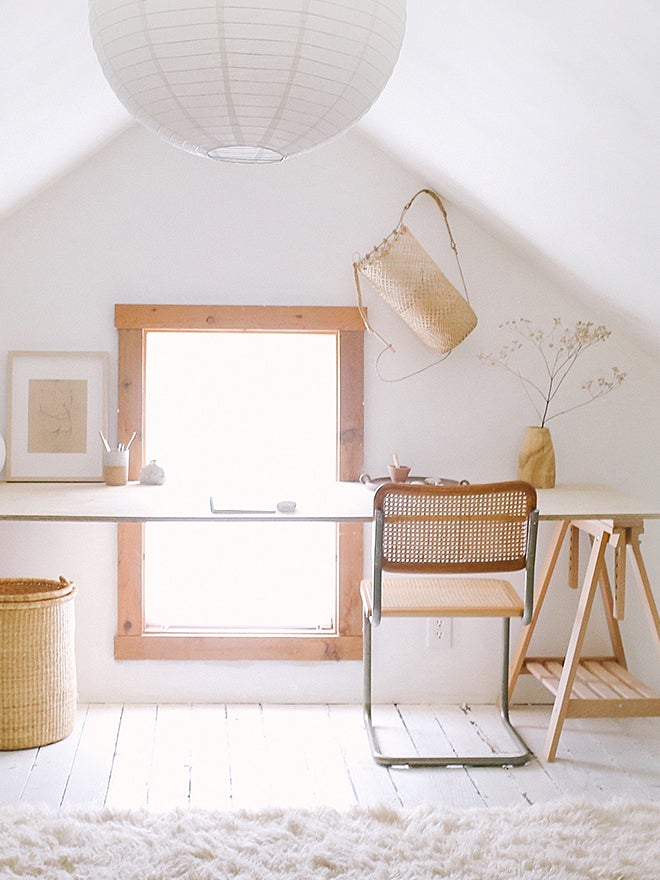 Sylvia Tribel’s New York City office wasn’t exactly the most inspiring environment—think dated furnishings with an ’80s flair. “I do miss the view of skyscrapers, but my new space is definitely an upgrade,” says the New Jersey–based fashion merchandiser and ceramist. Once she started working from home six months ago, she decided to revamp her attic; the onetime guest room–slash–storage unit is now a dreamy workspace.

Equally inspired by the idea of a French artist’s loft and her beachy surroundings, Tribel captured the minimalist-coastal vibe through neutral hues and pared-back furniture. “Less is more,” she explains. “I find a simple space filled with light very soothing. It helps me focus.” The first step? Going shopping in her house. She pulled a shag rug that didn’t work anywhere else for some texture, repurposed a laundry hamper for storage, and brought a pair of IKEA Finnvard trestles out of retirement—she had originally bought them for an old desktop a couple years back.

The rest of her shopping list maxed out at around $55:

The real focal point is that desk. Sleek and simple, there’s ample room for brainstorming new designs and hammering out to-do lists. Tribel strolled through the lumber section of Home Depot until she found a slab of wood that was smooth, sturdy, and the right color. She had it cut to her exact measurements (pro tip: measure the legs before heading to the store) and then propped it on top of the IKEA legs for the ultimate flat pack–meets–bespoke design. For extra security, she secured the tabletop to the wall using small L brackets. “It’s exactly what I envisioned!” she says.

If you’re looking to spruce up your at-home office, let Tribel’s foraged desktop be your inspiration—though if you’d rather pick up something ready-made, these under-$180 desks are pretty great, too. 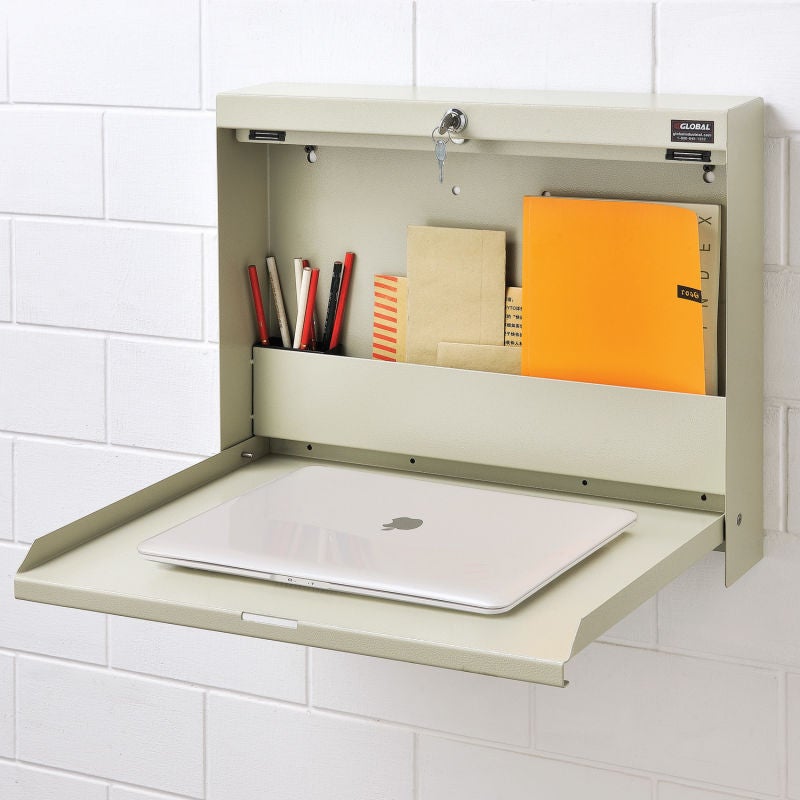 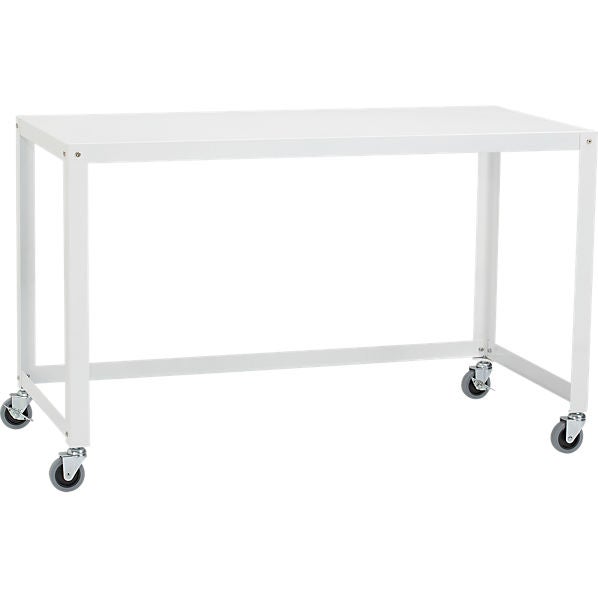 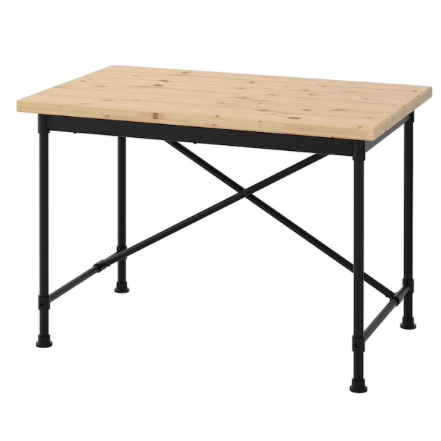 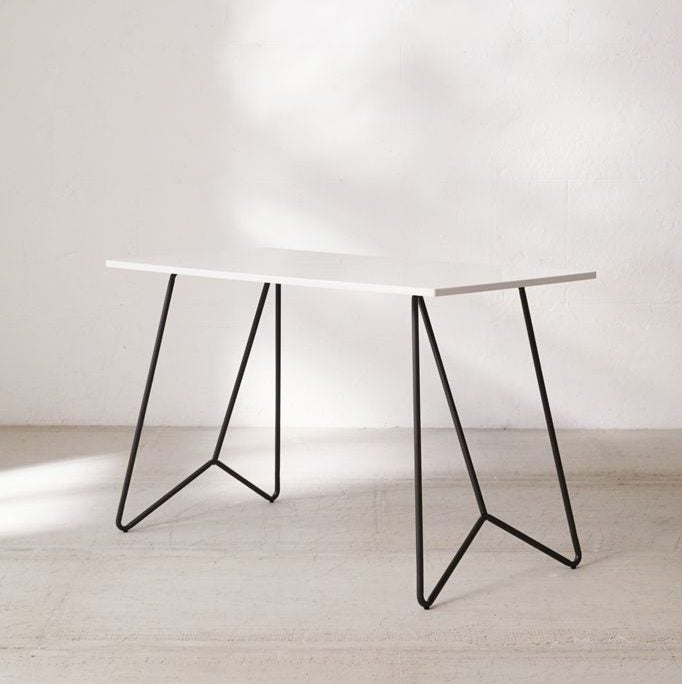