Plus two other ideas to steal from a workspace makeover. 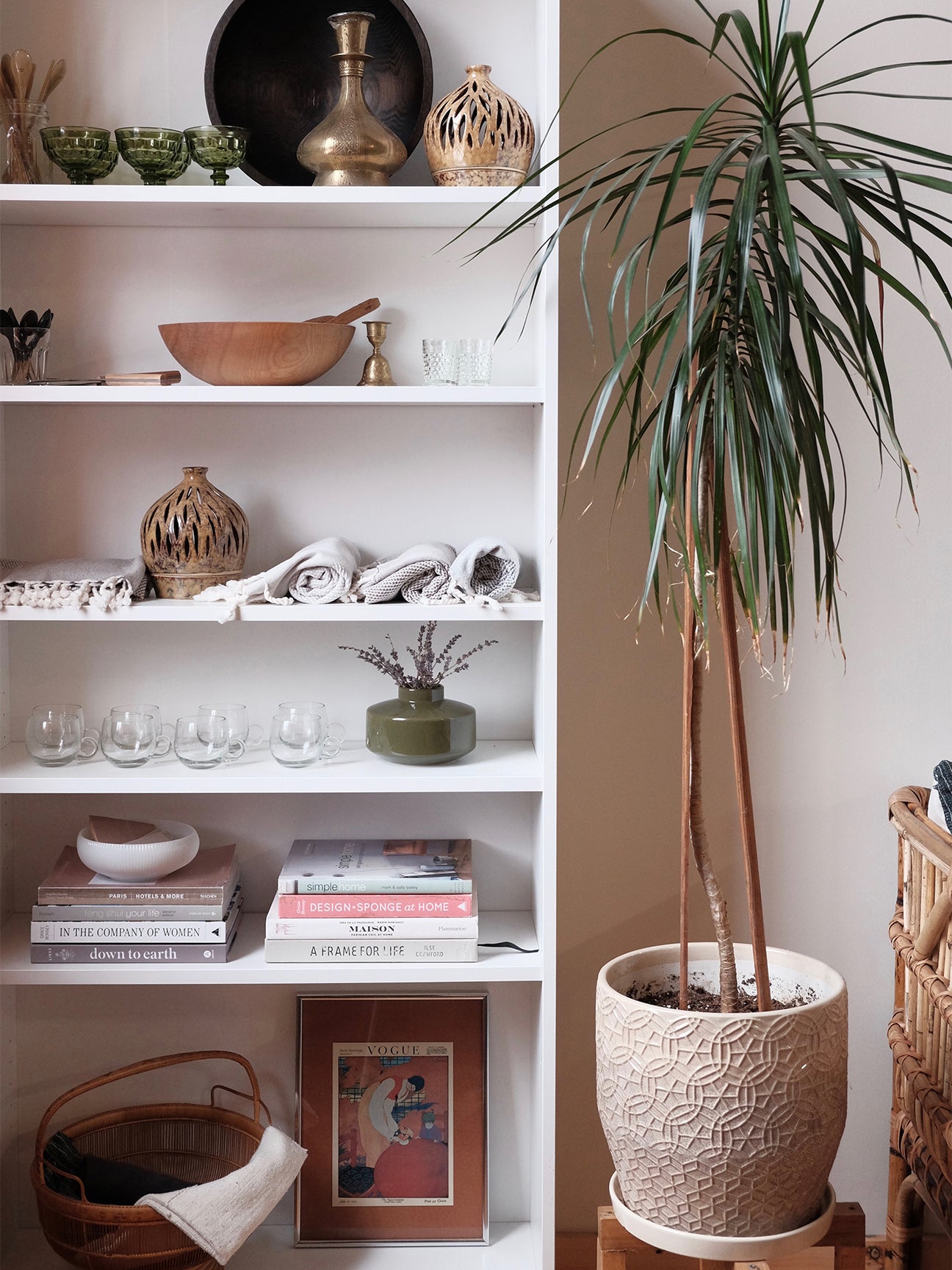 Pajamas constitute business-casual attire and you don’t have to wait in line for the coffee machine: Shannon Tate-Giordano admits there’s plenty of upsides to working from home. But after seven years of calling a guest bedroom an office, the Massachusetts-based interior designer needed a change of scenery. She found just that at an old mill in Shelburne Falls that had recently been reimagined into studios. “It’s a rustic, making-things, getting-dirty kind of place,” she says.

The room Tate-Giordano landed on, originally intended for artists hoping to get messy without consequences, was intentionally left bare bones. So the designer negotiated with her landlord: She’d pay a little more each month if he would make some basic renovations, like add hardwood floors, Sheetrock, and wood wall paneling. She tackled the rest, including creating a chic standing desk and shallow storage. Here, she breaks down three hardworking DIYs.

Aside from getting out of her house, the biggest upgrade Tate-Giordano made was to her posture. “I learned from my chiropractor that the way I was sitting at my home desk was misaligning my neck and causing me to have a lot of pain,” she recalls. She didn’t like how mechanical most adjustable standing desks look, so she made her own two-person counter using pine planks for the base and a support bracket ($315) and birch plywood for the top ($70). She used a table saw to cut the top and a chop saw for the base frame pieces and the outside vertical panel. To secure the structure, she used an electric screwdriver to attach the top to the base, and a nail gun to attach all of the paneling.

In case the designer ever decides to change the layout of the room, she added wheels ($20). The black finish was the final step. While you can apply oil-based wood stain with a brush, the result can look heavy-handed. To ensure the grain of the wood was still visible, she lightly brushed on the stain with a towel before going over the whole thing with a water-based polyurethane sealer.

When it came to hidden storage, Tate-Giordano scoured IKEA’s kitchen department for tall, narrow cabinets ($430). The only caveat? The unit didn’t come with a top. So she cut two plywood boards to match the depth of the piece, stained them the same color as the desk, and voilà! To make the cupboard feel more office appropriate, she added Kungsbacka doors ($270), simple black knobs, and toe kicks ($50). Her number-one tip for putting together IKEA furniture: “Make sure the pilot holes line up and that it’s the same as what’s in the picture,” she says, laughing. In other words, take your time.

The running theme for Tate-Giordano’s workspace: If you can’t find what you’re looking for in a store, make it yourself. The coffee table, which was originally intended for her house, was no different. After a fabricator had quoted her $200 to make a glass top, the lucky designer scored a used one ($75) on Craigslist. She set the surface on a stump and a plain cinder block (two finds she had around the house), simply adding stick-on rubber stoppers in between the materials to prevent scratching. All in a day’s work!

See more stories like this:  Renovators Swear by This Pendant Light Hack Minimal Meets Millennial in This Trendy NYC Office This Easy DIY Proves That Faux Terrazzo Is as Cool as the Real Deal