How one event planner turned her office design dreams into reality. 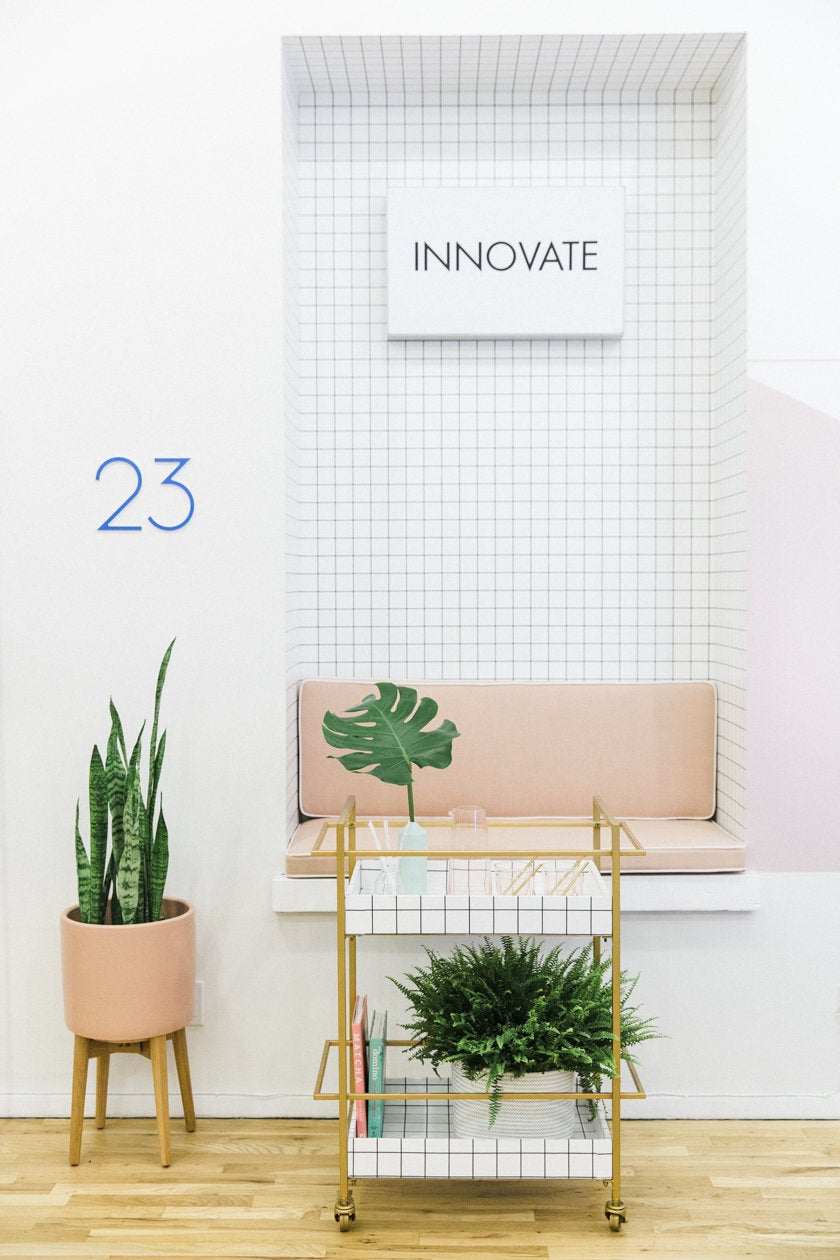 As an event producer and designer, Jessica Boskoff is creative by nature. From social events to large-scale corporate events, the founder and CEO of 23 Layers, a global event planning and design firm in NYC, has a meticulous eye for detail and the imagination for innovative design. And as evidenced by her all-women team’s new office space in New York’s Meatpacking District, Boskoff’s personal style is as on-trend as she is.

Boskoff and her team are proof that hard work pays off. After years of growing her business, she was able to lead her team into the perfect office (which also happened to be a space she worked in seven years previous) and transform it into the creative oasis she always dreamed of.

Envisioning a space that would fuel the creativity and client services she and her team offer, they started by stripping the floors, painting, and making some major cosmetic changes. One thing that was paramount: including the brand’s colorways throughout, so you’ll find pops of royal blue and millennial pink dotting the space.

“I wanted to create a space that my team could walk into and actually create in,” Boskoff tells Domino. “The colors, the furniture, the look and feel, it’s a true reflection of my personal style as a designer, and speaks to the 23 Layers brand. I wanted to design an office that felt open and inviting, where vignettes created natural divides throughout the space.”

Boskoff’s vision was to manifest her company’s objective into more than just an office, but a place to host, collaborate, and innovate. After all, having a functional space that’s also stylish and conducive to your work makes spending the weeks there so much easier. In working to achieve those natural divides throughout, Boskoff created and built what she calls “think pods” where employees can decompress and ideate under the ‘Create’ and ‘Innovate’ light boxes that hang above.

The nooks are a creative way to carve out a little bit of personal space in the open office layout. As one of her favorite parts of the space, Boskoff explains that here, team members can grab headphones off of the ladder to take a conference call, or get in the zone by listening to some afternoon tunes. Plush salmon-colored cushions and gridded wallpaper round out the cozy nooks.

The organic flow continues in the office living room where a sapphire couch from ABC Carpet & Home takes center stage. Here, guests are greeted by a gallery wall(featuring the Domino-favorite print “For Like Ever”) complete with subtle nods to girl power that champion the lady-led team.

“Every piece of art tells a story,” says Boskoff.

In the same way that she thinks of absolutely everything for her events, Boskoff makes sure that no detail goes unnoticed in the office. Case in point: Stacked books appear on almost every surface, a  design obsession of hers that adds a touch of playfulness and personality to the creative venue.

In the sleek conference area, the eye is drawn upward by a colorfully curated book stack, while a large white conference table and modern wishbone chairs provide a place for the team to meet and collaborate with clients or each other.

“This office has become more than just an office to me,” says Boskoff. “It is indicative of how the company has grown and the mere fact that it’s all ours to do what I want with was super exciting!”

See more inspiring office spaces: 7 Home Offices That Give Us Serious Design Envy Inside the Domino Office, Where Good Vibes Rule Oh Joy’s New Office Is as Whimsical and Colorful as You’d Expect