A Canadian Home Gets a Polished Scandinavian Makeover

Timeless, with a twist. 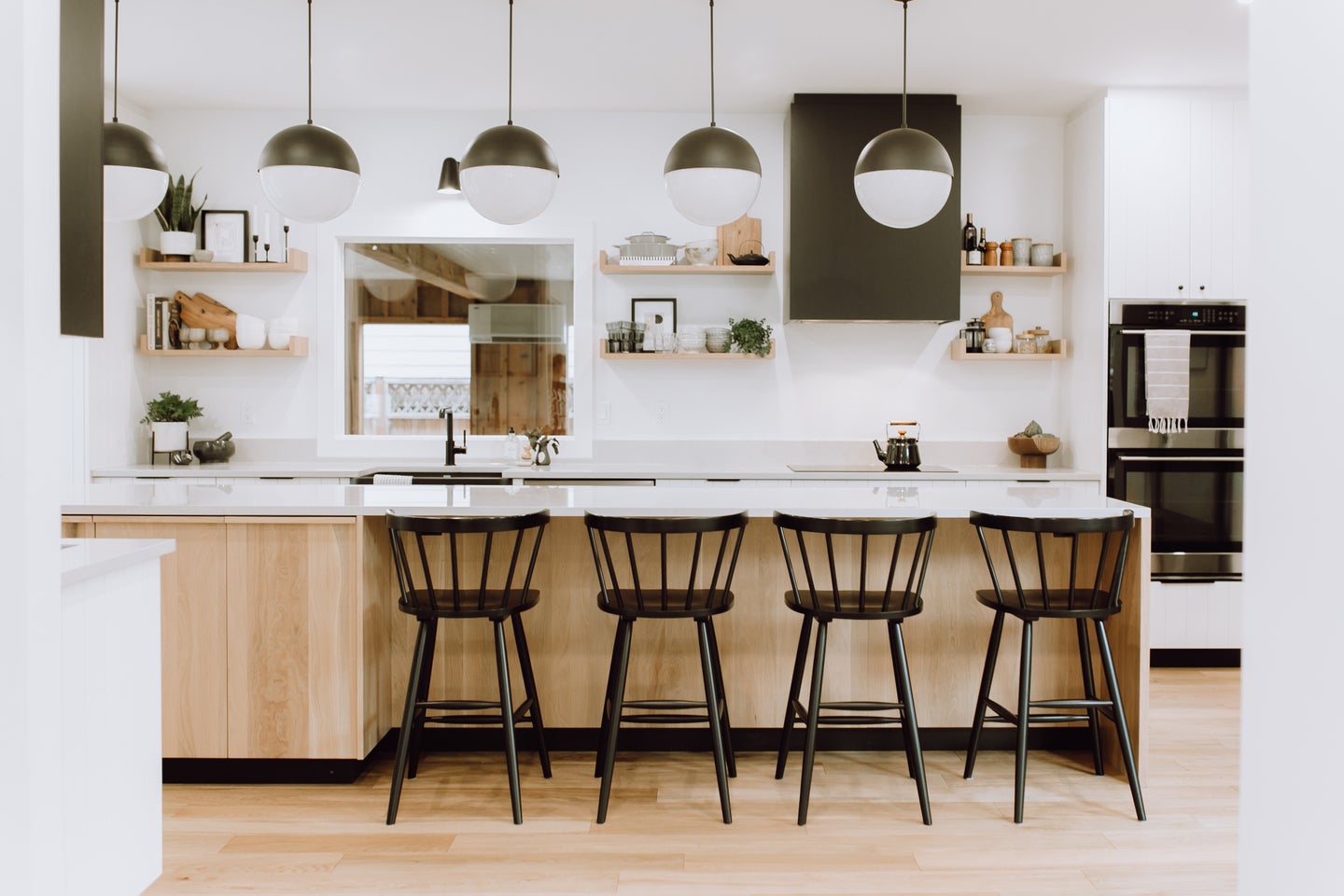 We used to believe that behind every dramatic transformation was a series of climactic circumstances (bulldozers in the backyard, jackhammers in the kitchen), but Jaclyn Peters‘s Winnipeg, Canada, remodel is an overdue reminder that you can change your home for the better without all the noise and disruption.

“I’m not a big rule follower when it comes to design,” says the designer, who oversaw the renovation of this once-dated home for a young family of four. “I think that anything can be beautiful if it is well thought-out and well put-together.”

Situated eight hours north of Minneapolis in a quaint suburban neighborhood of the city, the three-bedroom home’s mid-century-modern bones were Peters’s jumping-off point for a Scandinavian-inspired makeover. “It needed to be functional—nothing could be too precious—but it also had to be beautiful,” shares the designer. “They didn’t want to feel like they were making sacrifices because they have young kids.”

Ahead, Peters schools us on transforming a tired space into a forever home with timeless materials, elevated swaps, and maxed-out storage.

Don’t Fix the Layout If It Isn’t Broken

By the time Peters came on board, her clients had made a few significant changes to the home—namely removing a second staircase off the entry that led to what was previously an indoor pool. In lieu of upending the home’s original footprint, Peters opted for streamlined cosmetic upgrades that would withstand the test of time.

“They wanted things to be easy to take care of, so that’s where we came in with the quartz countertops and matte black fixtures—nothing that they had to fuss over,” says Peters.

While a dramatic departure from its former all-wood state, the kitchen’s layout remained more or less the same. The addition of a spacious eat-in island and discreet white cabinetry made all the difference.

In an effort to spice up the classic black-and-white palette, Peters introduced unexpected doses of texture. “That’s where the shiplap-style cabinet doors came in,” she continues. “The oak island brought warmth and interest with the graining of the wood.”

Up the Ante with Custom Shelving

Even the smallest changes can leave a lasting impact. Peters and her millworker came up with an edgy take on floating shelves for the clients to show off trinkets, trays, and treasured dishware. “I hate doing the same thing from project to project, so I thought, Hey, why don’t we add ends to the shelves. I think it adds just another layer of interest,” says the designer.

Divvy Up Storage for All Reasons and Seasons

In anticipation for daily messes that span all four seasons, Peters’ top priority was carving out enough space in the mudroom for bulky winter gear, cleaning supplies, and everything in between. “Kids come with a lot of stuff: shoes, backpacks, jackets, mittens, hats,” says Peters. “I wanted to be able to give them an organized space where they could have everything behind closed doors.”

On either side of the built-in bench are floor-to-ceiling cabinets—one doubles as a broom closet, and the other one contains hidden shelving for baskets, shoes, and out-of-season ware. To spare everyone the trouble of rifling through a shared mishmash of gloves and scarves, Peters carved out four separate drawers below the bench.

Embrace Your Sense of Humor with Wallpaper

Just off the mudroom, guests will discover a high-contrast powder room with a major wallpaper moment.  The friendly print showcases their free spirits while still fitting within their streamlined aesthetic. “The wife said to me one day, ‘I want someone to come in here after two beers, sit on the toilet, stare at the walls, and try to figure it out,’” says Peters, laughing.

Think Outside the (Glass) Box

Given the fact that her clients are in the plumbing business, Peters’ first focus upstairs was to show off the fixtures in the master bathroom. “We needed to make this look like the coolest plumber’s bathroom ever,” she explains.

A free-standing tub and spacious walk-in shower were the two most important features on the client’s list. Peters’s own must-have? Statement glass.“I was sitting at home one day looking at these black smoked glasses that were my grandfather’s and I thought, I wonder if we could do this on a shower enclosure?” she recalls.

Pick and Choose Your Financial Battles

Peters made room in the budget for both splurges (the deep Kohler tub) and saves (the standard white subway tile). But after the client fell in love with a flooring option that was out of their price range, Peters started her flooring search from scratch in the hope of finding a wallet-friendly alternative that fit their style. “Flooring is a huge part of any renovation,” says Peters. “I knew I wanted something that had a texture to it already and was durable, so I had to dig: What could we find that was going to have the same quality, live up to their lifestyle, and fit with the existing color tones? We eventually found the right wood.” Patience is key. “If you’re not going to get what you really want,” she adds, “then wait a year.”

See more stories like this: In This Breezy Melbourne Townhouse, Laid-Back Life Is Key This Is How a Former IKEA Designer Decorates With Vintage Items California Chill in the Concrete Jungle: A Home Tour