A 19th Century Victorian Home Gets a Modern Makeover

A one-time rowhome is transformed into a contemporary beauty. 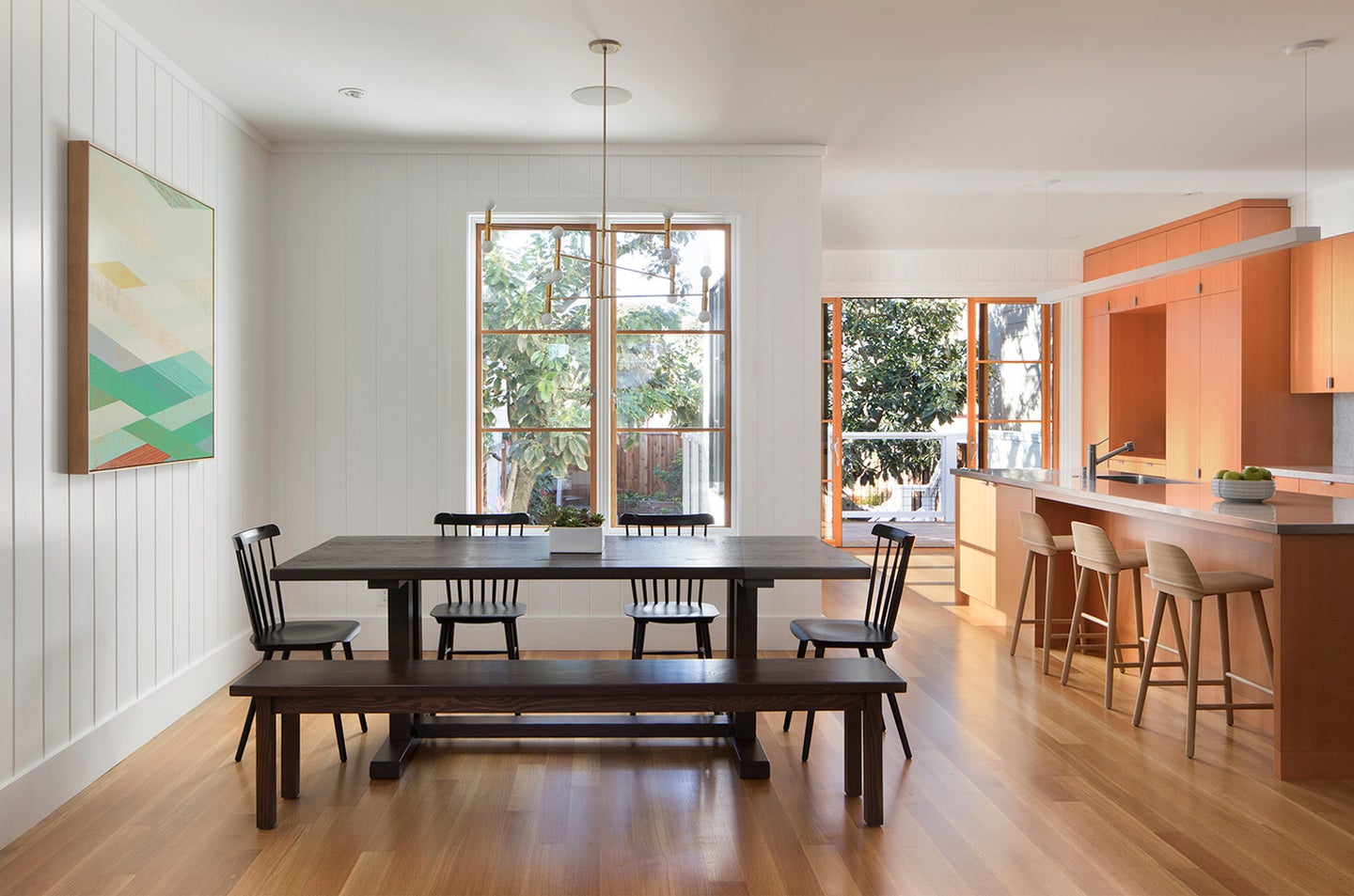 Photography by Paul Dyer Photography
For Malcom Davis’ clients, the home was perfect. After looking for months for a space, the couple became smitten with a charming Victorian row-house in the popular Bernal Heights neighborhood of San Francisco—and they jumped at the opportunity to purchase it. “We wanted to stay in the neighborhood and saw the house come on the market,” says the homeowner. “It was in the location that we wanted, nice size and lot. Before, it was basically rundown, so it provided the perfect canvas to do something new.”

The home, though charming, needed a facelift, inside and out, and the couple, who had seen architect Davis’ work before, knew exactly who to call to help transform the home into the modern, family-friendly oasis they desired.

“The physical form stylistically of the home was good, but structurally it was in terrible shape,” says Davis. “Sloping floors and structural inadequacies. It looked like a normal house from 1910, but the first house was likely built in the 1880s and had been completely surrounded by additions.” To get through the layers added on over the last century and restore the home to its original splendor while also creating a more modern look, Davis kept the home’s original pitch of the roof and stripped down the excessive architectural details, which had been added over the years. “We were simply trying to make it a cleaner, simpler version of itself, while imbuing it with a pop of modernity and warmth.”

While the homeowners wanted more space, the building codes specific to Bernal Heights meant that if “we wanted to go taller at the roofline or at the eave at the top floor, we’d then have to make the home smaller somewhere else,” explains Davis. “We wanted to maintain the existing square footage and not lose anything.” Already a unique property and larger than most on the street with two street frontages, Davis took advantage of the home’s unusually tall roofline by removing the attic to give the upstairs rooms higher ceilings. The result was a more open feel without adding onto the home’s footprint, which would not have been within building code.

The interiors, which were completely gutted, are decidedly simple but provide extra space for the then growing family of four. To maintain the integrity of the home’s rich history, Davis kept the finishes simple: “V” groove paneling, Carrera marble, and Douglas Fir flooring throughout while contemporary touches such as exposed concrete floors, stainless steel countertops in the kitchen, and Heath tile in the bathrooms instantly modernize the home.

With an eye for design, the homeowners chose the furnishings, a mix of mid-century modern pieces and a neutral color palette. Though the house is not blocked by others, Davis was still faced with the challenge of bringing light into the home.

“The living room essentially doesn’t have any windows, so we did really high clerestory windows, where light bounces off a light shaft,” explains Davis. “The result is a room that has a great sense of daylight. In general, I’m always trying to get light from different angles and places, from unexpected places.”

In the end, the home maintained its original architectural integrity while being uplifted with more modern architectural details and finishes. “To be able to completely renovate a dilapidated structure and maintain a thread of the story of its history and its origins, is pretty special,” says Davis.

In the backyard, Artisans Landscapes designed a lovely backyard oasis that took advantage of every inch of the lot and created a play area for the couple’s children and a place to grow a vegetable garden.