A Historic Cambridge Colonial Gets a Modern Makeover

A stately 1930s home gets a modern revival inside, while its classic architecture remains intact. 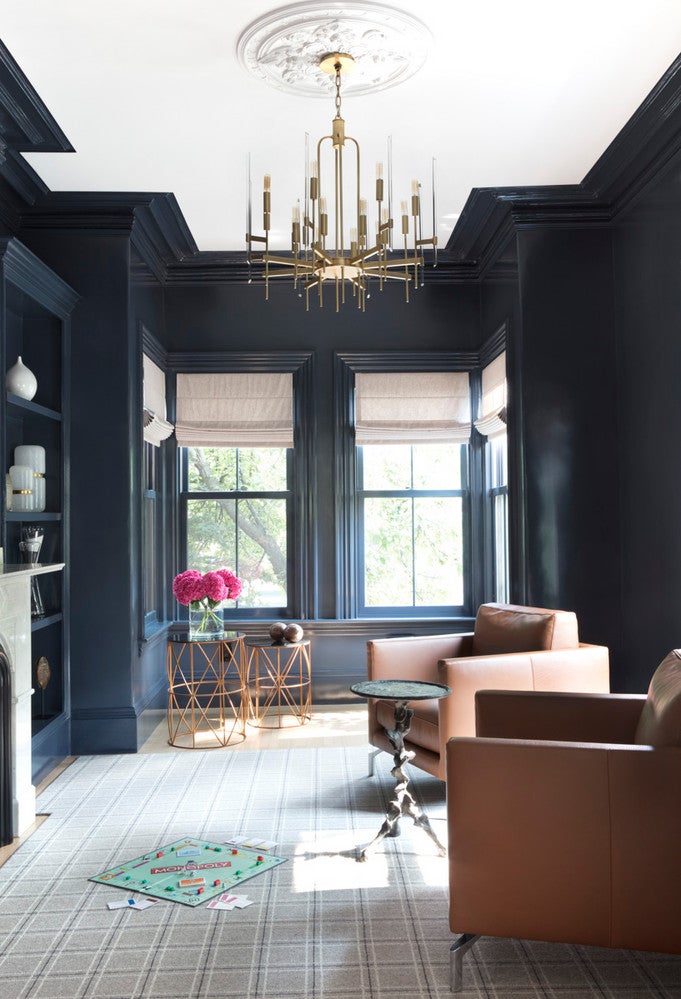 With its gracious proportions, this 1930 Georgian-style brick colonial is nestled in the heart of Cambridge, Massachusetts in a neighborhood where the cherished homes rarely come up for sale. When the current homeowners, a couple with three children, toured the property during the summer of 2016, they decided within moments that the residence had to be theirs.

While the homeowners revered the historic architecture of the home, they are drawn to modern aesthetics. For them to feel comfortable in the home, much work had to be done to the interior.

“The first floor was like a maze, the living room was a long bowling alley-like space, and the kitchen was this weird little galley,” says designer Cecilia Walker, who came on board to reimagine the interiors of the just-over 3,000 square-foot home. The renovation was a collaboration between Walker, architect Louise Smith and contractor Maurice Keane  On the main level, multiple walls were taken down to create an open floor plan where the living room, kitchen, and casual dining area are a unified space.

“In Cambridge, where there is so much history you would think the interior of a house like this should look traditional,” says Walker. “But the owners were set on making the space super modern, which was fun for me.”

Lighting makes a dramatic impact on the vibe of the home. “They wanted really funky, edgy lighting that would really make a statement,” says Walker. Upon walking through the front door, a Kelly Wearstler for Visual Comfort flush mount in the foyer draws the eye up toward the 11-foot high ceilings. Just beyond, above the dining table is an alluring glass-sphere chandelier by Arteriors.

In the kitchen, large-scale Hudson Valley pendant lightings are focal points above the 11-foot-long island. “The fixtures are so large they are actually called chandeliers,” says Walker. “The owners thought they were going to be too big, but because the island is so long we really needed a something extra large.” Once installed, the homeowners agreed that the iron and polished nickel fixtures have the perfect dramatic pop they were hoping for.

In the library, another Hudson Valley chandelier, this one is brass, adds wow-factor to the narrow room, which has a wall painted in Benjamin Moore’s Navy in high gloss. Since the navy blue walls make such a stunning impact, Walker encouraged the homeowners to opt for a quieter, calming tone in the adjacent living room, where the walls are painted in Benjamin Moore’s White Diamond.

Furnishings exude modernity. A low-profile Montauk sofa is paired with an Eames chair in the living area. Nearby, chairs from Design Within Reach are arranged the concrete and elm dining table.

The new kitchen is three times the size of the original one. Calacatta marble counters and backsplash paired with white cabinetry creates a clean, contemporary feel. Though Walker was wary that the space could feel too washed out. “We didn’t want kitchen to feel too white,” says Walker, who came up with idea to have the base of the island crafted out of walnut.

“People have been moving away from using warm woods for a while—everything now seems to wood or grey. But grey tends to feel cold. The walnut—used in a matte, unstained finish—adds a nice balance with the white and we used it in a clean, modern way that has a bit of edginess to it.”

Walnut millwork, by Walter Lane Cabinetmaker, was used elsewhere throughout the home, including in the sleek narrow stair railing that replaced a chunky traditional one. The powder room’s built-in sink base is also crafted from walnut, which gives the tiny area distinctive appeal. Also eye-catching are the walls, which appear to be sheathed in wood, but are actually papered with a covering by Thibaut that feels like wood, but is actually vinyl.

Among the home’s most utilized spaces is the mudroom where another textured Thibaut wall covering catches the eye. Cabinetry, painted a deep charcoal, stretches toward the ceiling and provides necessary storage for the active family of five.

There’s another cubist Hudson Valley chandelier that provides both illumination and visual appeal. Like most of the lighting throughout the house, there is no glass in the fixture. That the light fixtures are free of glass was a direct request from the father of the house. “He said, ‘my kids are animals,’ They’ll accidentally take a hockey stick or a baseball bat and break the glass,” recalls Walker with a laugh.

An Overwhelming Brooklyn Kitchen Gets a Refined Makeover A Malibu Home Gets a Tuscan-Inspired Makeover Before & After: A Mod Farmhouse Gets An Industrial Makeover