This L.A. Couple Flipped Their Builder-Grade Kitchen to Look Like It’s 1928 Again 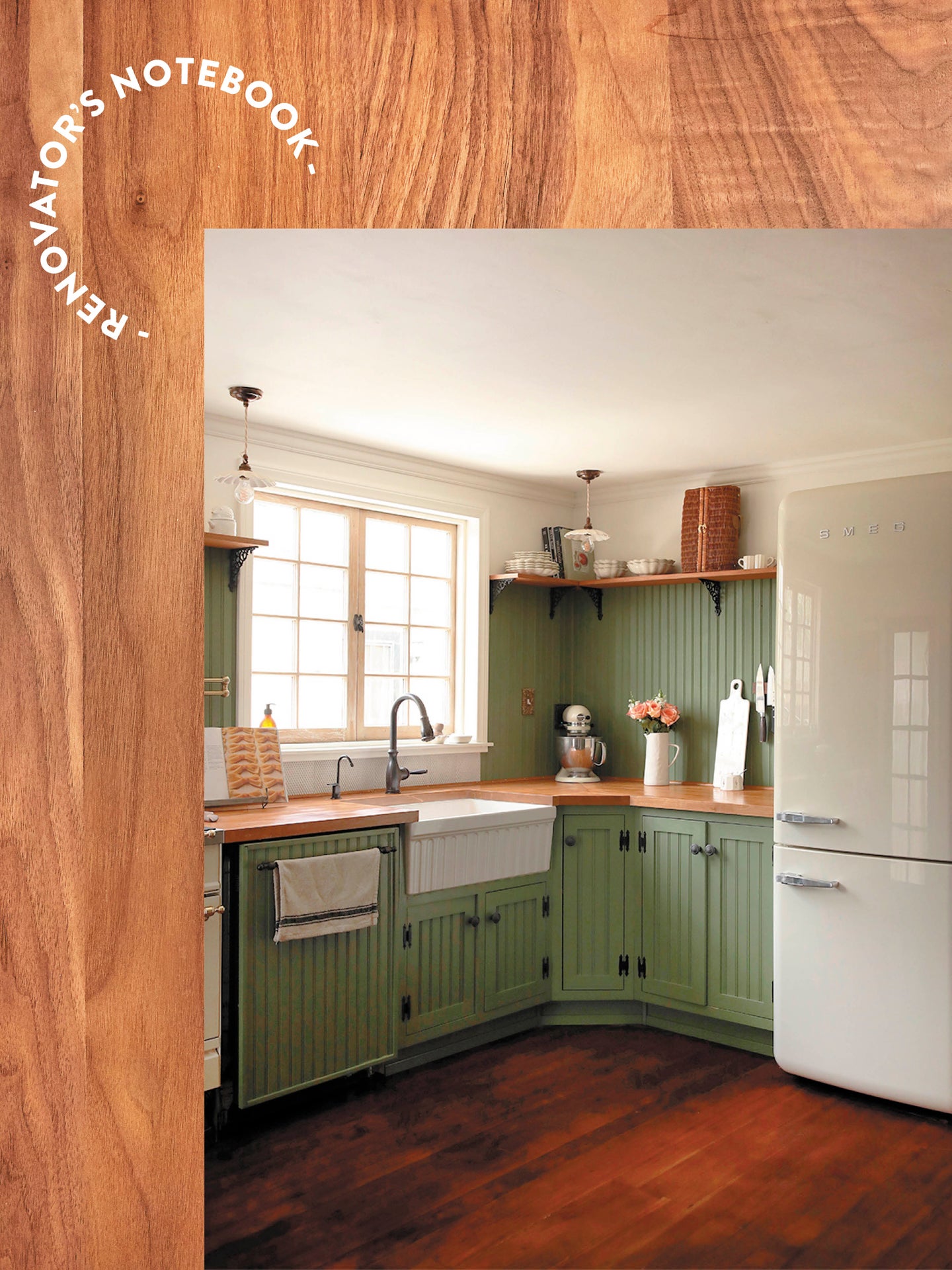 Top priority: Take the modern, subway-tile clad space back to the 1920s.

Courtney Halverson is guilty of watching one too many period dramas during quarantine. For proof, step inside her Los Angeles kitchen—a space you’d think came straight from the set of Downton Abbey. When the actor and Pretty Little Fawn blogger and her husband, Eric Neujahr, bought their Spanish-style home last September, they were determined to turn back the clock to 1928 (the year the place was built), especially in the builder-grade kitchen. “The subway tile sucked the charm out of it,” says Halverson. The space, which had probably been updated within the past five years by a previous owner, wasn’t bad, it just wasn’t reflective of the rest of the home’s prewar details. “We have no photos to really know what it might have looked like, so we tried to find things that just felt true to that era,” she explains.

While the countertop layout went largely unchanged, the couple shifted the appliance setup. The refrigerator, once a prominent fixture in the middle of the room, now has its own corner by the main prep space, and their new Ilve dual-fuel oven (gifted along with the Smeg fridge) shifted to where the washer and dryer once were. While living through the reno, the pair grilled when they didn’t have a stovetop and washed their dishes in the bathtub when they were sans sink. “You do what you have to,” says Halverson.

Everything, from the new sink ($670) to the beadboard walls ($225) to the butcher block counters ($600), was a labor of love, literally. Neujahr tackled almost all of the work himself, and Halverson didn’t shy away from ripping out the backsplash, sanding the floors, or assembling the new cupboards either. Limiting their splurges, they created a cozy English cottage–inspired kitchen for less than $7,000. In her own words, Halverson walks us through the transformation.

Save: De-Scuffing the Old Flooring

Fortunately, the hardwood floors hadn’t been covered with tile or laminate, but because the kitchen is the main pass-through space (to get to the living room or outside), the boards were in need of some TLC. We first rented a giant standing floor sander from Home Depot, but when we got it to the house we realized the previous user had broken it. We ended up with a smaller handheld option that took so much longer because it only covers a tiny surface area. Once that was done, we went with a dark stain that really helped hide some of the previous wear. The whole thing, sealed and all, cost a total of $325.

Save: Piecing Together the Cabinets

We ordered new cabinets online for $2,500—a middle ground between doing something custom and opting for IKEA. It was terrifying because the measurements and door openings are so specific (we spent two days rechecking our math). They arrived on a pallet and we sat in our kitchen putting the pieces together with wood glue, screws, and a nail gun and just made it happen. We learned that paintable wood filler is the secret to making the cupboards, walls, and crown molding look seamless in a room where not every wall is 100 percent straight or level.

The pot filler was something we desperately wanted (we make fresh pasta three nights out of the week), so we got one for $430. During the installation, Eric was outside and I was on the phone with him. “Let me know if it leaks,” he said as he turned the water on. The whole piece flew off the wall, barely missing me. We had no idea what we were doing as far as water pressure.

Previously the kitchen only had one overhead fixture, so when we were cooking at the stove, we had to lean to the side to see what we were doing. I wanted new pendant lights that felt handcrafted, almost like pottery, and I struggled to find ones that fit the style until I stumbled across DeVol. Putting these in meant we had enough light to work and they matched some of the dishes that I had, so it tied the palette together. We had help with the wiring and installed them ourselves. Everything together cost $1,200.

Save: Refrigeration, the Old-School Way

We saved some of the cabinets we assume could be original to the home (or at least built in the 1950s) to make a larder pantry. The storage space predates refrigeration. We’ve got a shelf in there that can be used as a prep station for cutting bread and storing eggs and butter during the wintertime when it’s naturally cooler in the house.

Save: Salvaged Shelving and Windows

Craigslist has become our go-to source for sourcing windows and doors from the 1920s, ’30s, and ’40s. We bought four windows for the kitchen, each for $20. We hired a contractor friend to help install them. Our vintage door was from a salvaged yard, installed for $250.

Because of the age and construction of our home, there’s a lot of (now protected) redwood in the walls. It’s such a cool wood and I couldn’t bear to throw it out, so when we dug into the walls to put in the windows, we took a few pieces and made open shelving for our dried goods. When you’re looking at something that’s probably 300 years old, you can’t help but wonder how big that tree could have been.