After Being Quoted $100K, We DIYed Our NYC Kitchen and Bath for ¼ of the Cost

It pays to make friends with the manager at the stone store. 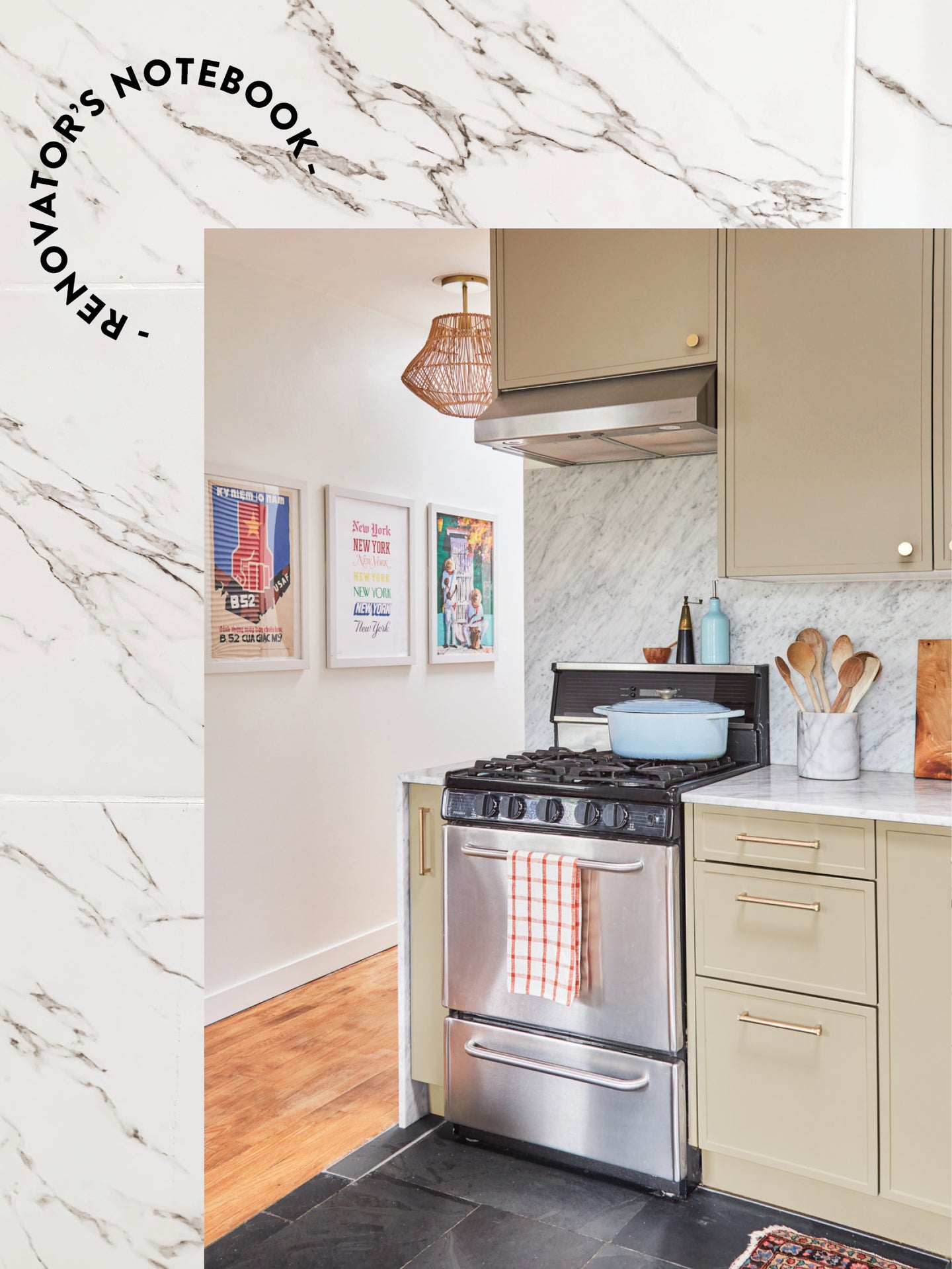 Top priority: Defy the contractors who said this kitchen and bathroom remodel would cost $100,000 with clever DIYs and material choices.

Megan Ananian and Andrew Ginn didn’t set out to plan a wedding and a renovation at the same time. But shortly after getting engaged, the pandemic hit and the longtime renters saw their window of opportunity (in the form of low interest rates and high inventory) to finally purchase an apartment in New York City. As they walked through the door of a 680-square-foot home in Park Slope, Brooklyn, that was in dire need of an update (it looked stuck in 1987), they squeezed each other’s hands in anticipation: For better or worse, they were in this together.

“It looked like an old Italian man had decorated it,” recalls Ginn. While the previous owner had partially opened up the once-galley kitchen, the backsplash was clad in silver-painted terracotta tile, there was barely any drawer space for utensils, and there was an awkward gap between the upper cabinets and the ceiling. In the bathroom, the story was more or less the same: A bone-colored tub and dark brown floor tiles made it appear dingy. After receiving quotes from Block Renovation and a few local contractors for the bathroom and kitchen that totaled $100,000 (hello, sticker shock!), the couple decided to tackle the work themselves with the help of Ginn’s construction-savvy brother.

The pair quickly realized why many of the professionals they had talked to during the initial interview process said they would give them a huge discount if they did the demolition themselves. “Pulling all the tile off the bathroom floor and ceiling and walls without warping the existing studs was challenging,” remembers Ginn. And that was before they had to carry the debris down four flights of stairs to the street while simultaneously fighting for parking so they could load his brother’s truck up before taking the scraps to a nearby dump. At least Ginn could focus his attention on the remodel during the week, as he had recently left his full-time job, but Ananian had to navigate sneaking into the second bedroom for Zoom calls when he hammered away.

In the end, their bill for upgrading both spaces—marble counters, matte black shower fixtures, and all—was $25,000. Ahead, the couple, in their own words, reveal the great and the gritty of the transformations, starting with their teeny-tiny cooking zone.

Ginn: Our first preconceived notion of IKEA was that its cabinets were kind of cheap. We thought we’d go a more typical route.

Ananian: So we started our cabinet search at Home Depot and Lowes, but the styles there were more traditional than we wanted.

Ginn: Then when we started to hear that IKEA is actually good, we realized we could swap the premade fronts for ones by Semihandmade (we went with the Desert Grey Supermatte Quarterline doors for the Sektion boxes).

Ananian: Which I loved from an aesthetics point of view!

Ginn: They were probably twice as much as the IKEA doors, but it was a worthwhile splurge.

Ananian: Here’s a shocker: You don’t need a 24-inch-wide dishwasher in a tiny apartment!

Ginn: I have always had an 18-inch dishwasher in all my apartments in the city and I think it’s totally fine. So we wanted to get rid of our too-big one, freeing up more drawer space. We hid our new dishwasher with a cabinet panel so it doesn’t break up the flow of the cabinets.

Save: Getting Friendly With Stone Suppliers

Ananian: When you walk into our apartment, the first thing you see is the side of the oven. I knew this spot needed to be a wow factor, at least for resale purposes (having a nice kitchen is important). Plus a waterfall edge is a great entryway focal point. After going down a rabbit hole looking at kitchens designed by Sarah Sherman Samuel and Athena Calderone, I fell in love with the look of marble but quickly realized that to do both a waterfall feature and a cabinet-height backsplash would require two full slabs, which went way out of our budget. We were defeated.

Ginn: Luckily, I was going to local fabricators for probably a month and made friends with a warehouse manager at Super Stone. We chatted maybe five or six times, and one day he called us and said he had an extra slab someone had bought and then didn’t end up using, so he could sell it to us for a discount. We ended up spending only $2,800 for all the marble, including fabrication and installation.

Ananian: The spice drawer we added as a buffer between the oven and the waterfall edge is my favorite little thing.

Ginn: I got a larger IKEA cabinet base, cut it down to size, and then we bought the insert from Rev-A-Shelf.

Ananian: In New York City, you don’t have to get construction permits as long as pipes and wires stay in their original place. Replacing the existing beige tub with a new one would have required us calling in a plumber (it would be very difficult to find one that lines up just right), so we decided to keep it and live with it.

Splurge: Through the Looking Glass

Ananian: Our bathroom is tiny—so tiny. Having a shower curtain would have visually cut the room down by a third, but a see-through half-shower wall we found on Overstock for $440 opens it up.

Ginn: And if you have a waterfall showerhead, you don’t have to worry about water spraying everywhere.

Save: Classic Tile, With a Hint of Style

Ananian: I was worried about going too far with the shower design that it wouldn’t be appealing to another potential owner or renter. You can’t go wrong with white tile, right? I made the arrangement a touch more unique by orienting the 10-inch-long tiles from Tile Bar vertically.

Ginn: They’re not boring basic subway tiles: They have a faux handmade texture to them.

Save: Simplified and Recessed Storage

Ananian: Overall, we wanted clean lines. The white oak floating sink vanity came from Scandinavian brand MEBO, while the now flush medicine cabinet (it’s a game changer after the one that used to poke out!) is a Pottery Barn find. The sleek $90 shelf in the shower that we drilled into the tile is by Dabstory, a seller based out of Poland.

Splurge: Going Against the Color Grain

Ananian: I polled my friends through an Instagram Story about what color we should paint the bathroom and it was the most controversial thing. Everyone told me, “Don’t you dare paint that ceiling dark. It’s too small of a space.” The thing is, no one really knows when they’re not in your home. Andrew and I love all the dark and moody restaurant and hotel bathrooms in New York City, so we decided to go for it and paint the walls and ultimately the ceiling in Clare’s Current Mood.

Ananian: If we had the money to do it, it would have been easier to just pay somebody instead of destroying our apartment three months before getting married, but in the end it allowed us to not stress about money for the wedding and honeymoon. 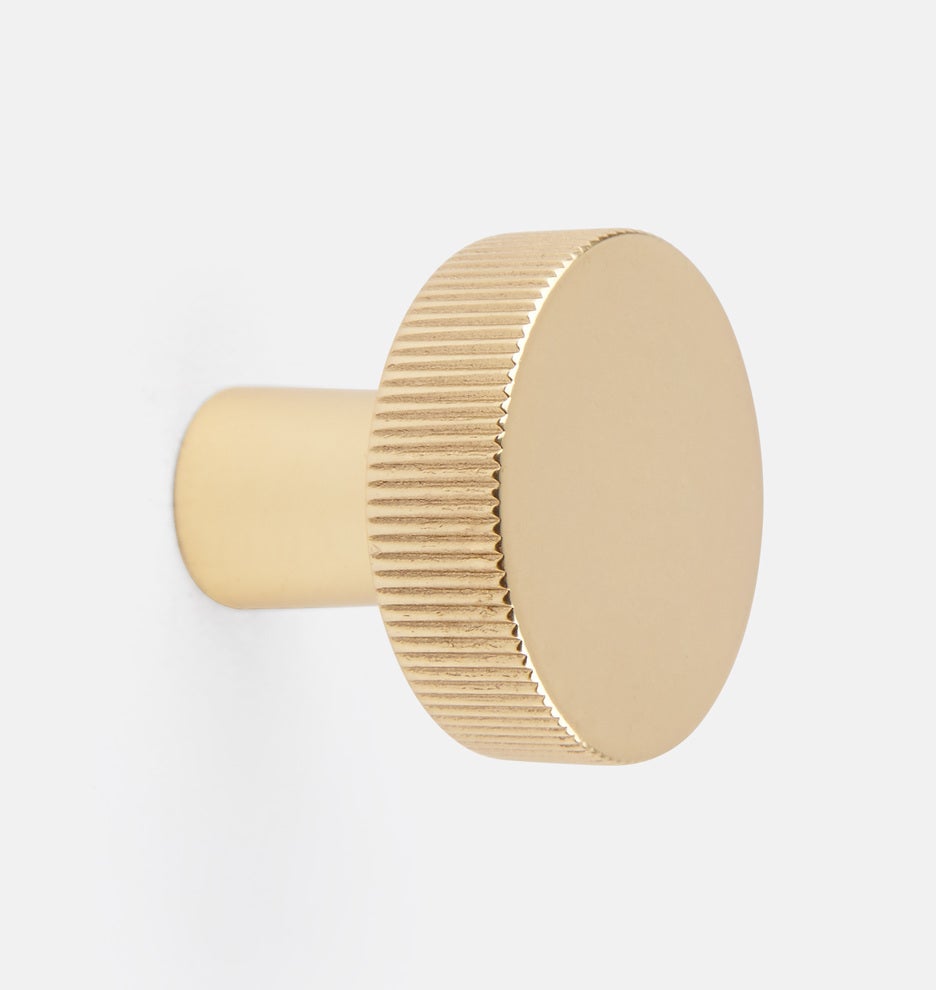 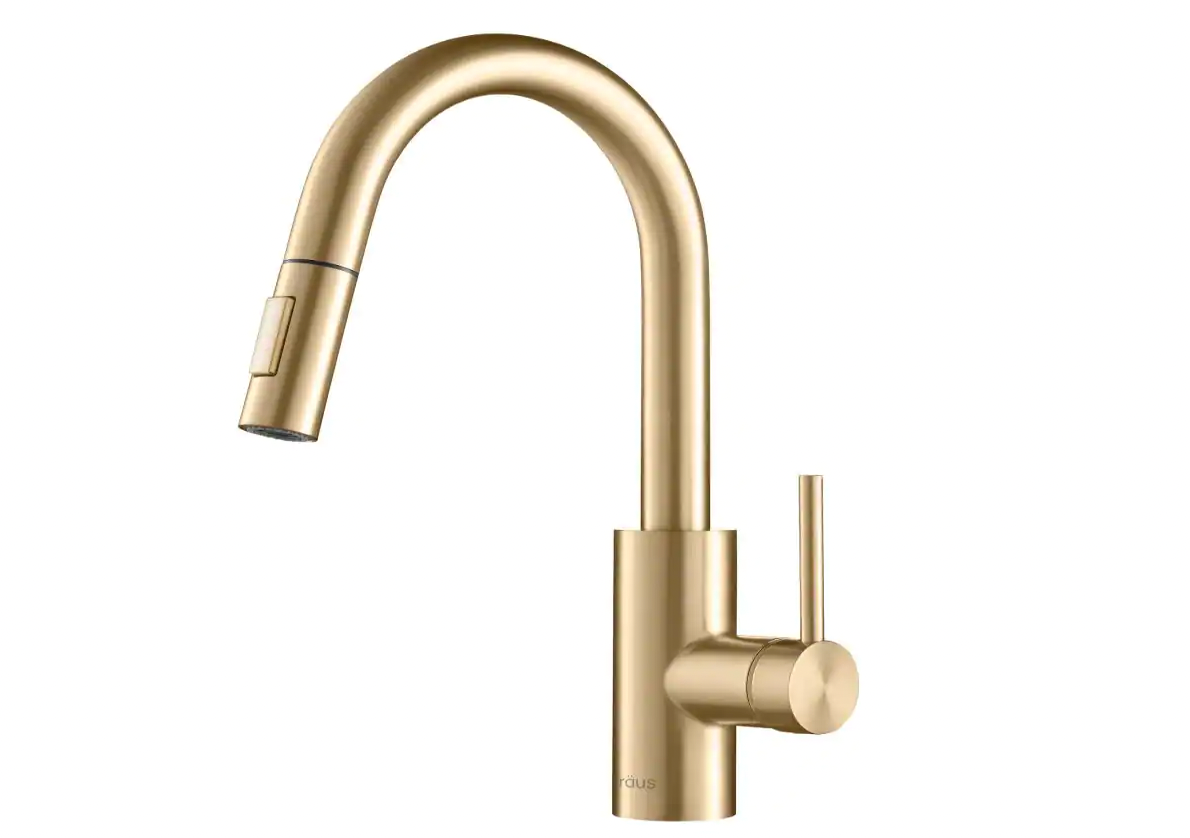 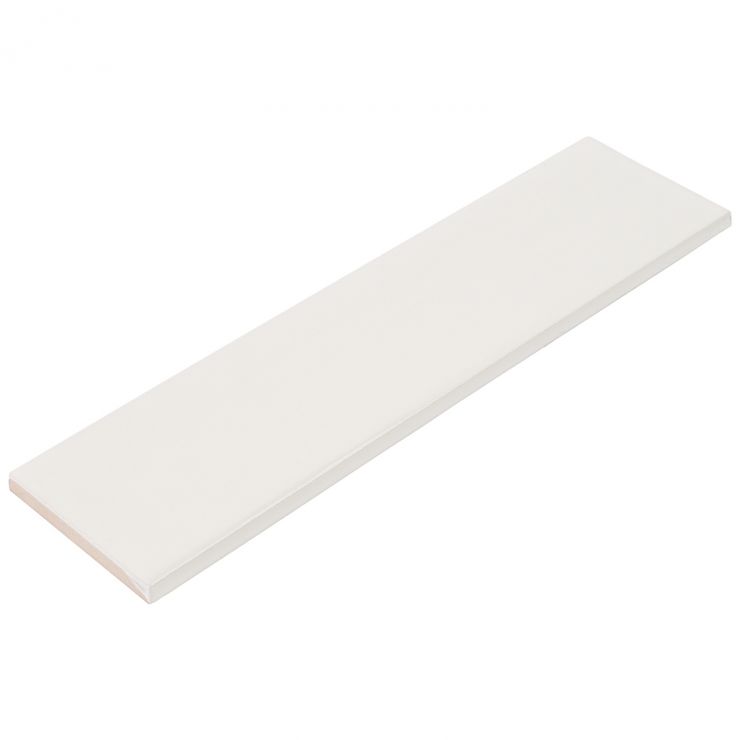