And what it really cost to hire an engineer. 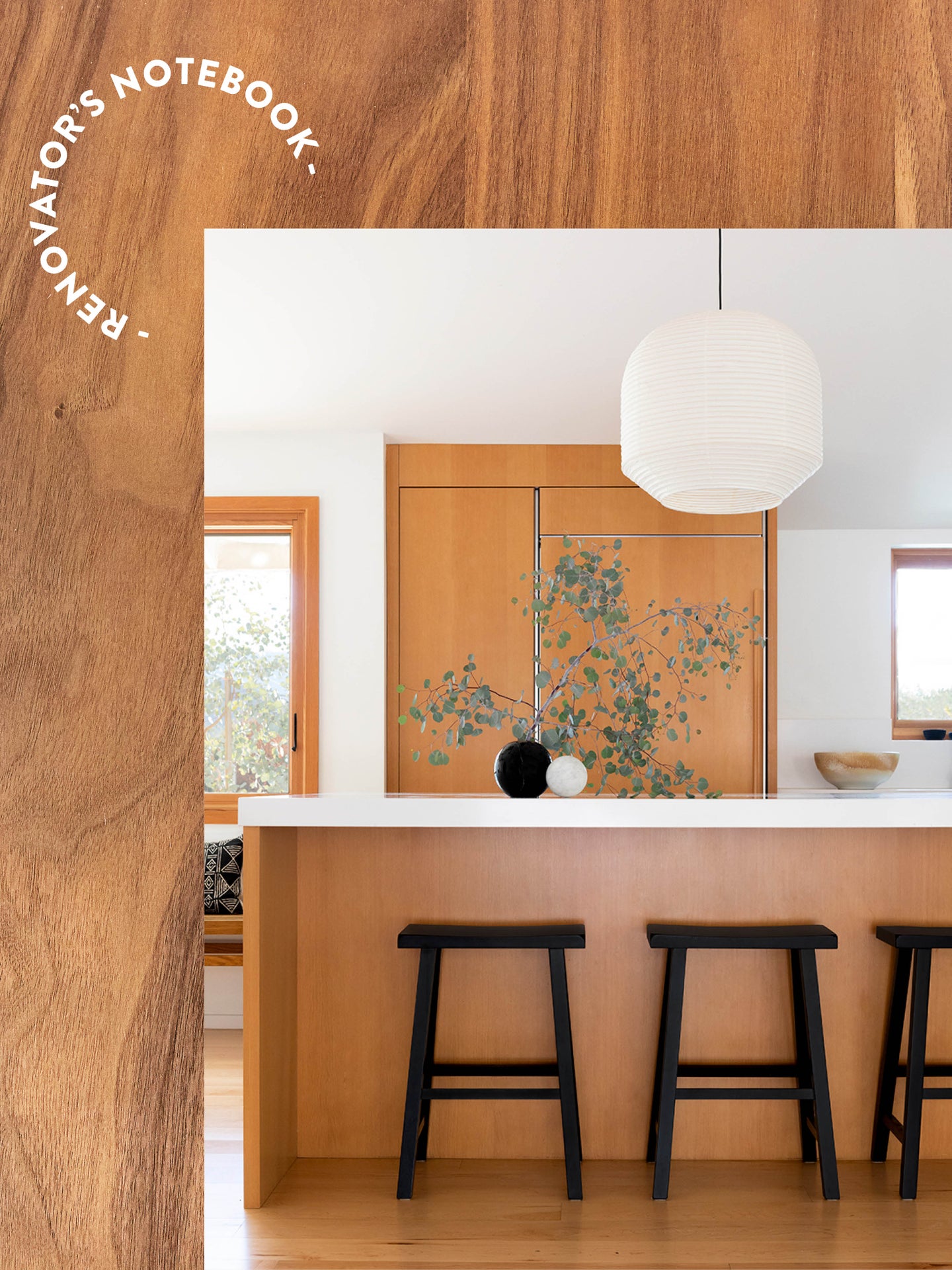 Exposed concrete subflooring and nonfunctioning bathrooms didn’t scare Sarah Yates Mora the first time she walked into her 1960s ranch home. “It was kind of love at first sight,” she recalls. It was also luck. The artist and owner of Kiniko and her husband, Lou, had put in their offer already solely based on real-estate listing photos. But even when touring the property through a screen, she could tell there was potential for her family (the couple has a 4-year-old son, plus a rabbit named Pepito). “In my opinion, most of the time, rooms are just boxes that you can rearrange and play with in so many different ways,” she says.

The only thing Mora didn’t see coming was 2017’s Thomas Fire (the largest in California’s history at the time). In the summer of 2018, when Mora and her husband started on their house, they were hard-pressed to find tradespeople to do the work—everyone was busy recovering and rebuilding. For about six months the place went untouched, but Mora didn’t just watch the clock. She used the time to source all the materials for the project, saving her contractor the work and themselves from markup fees. “It was all ready to go,” she says.

Inspired by minimalist Japanese design, she focused on incorporating vertical-grain Douglas fir everywhere she could (the only exceptions are the lam beam and maple floors). “The end result is a family home that really speaks to our way of living, simply with a light footprint and a lot of togetherness,” she says. In her own words, Mora walks us through some of the places they invested in and other areas where they saved.

We ran into asbestos during the demo. It cost $14,000 to test for it and have it professionally removed. These are the types of unexpected expenses that pop up, and they can add up very quickly.

Because the kitchen is right beside the living room now, I wanted it to look as little like a kitchen as possible. I didn’t want the appliances taking up the attention, so we had the fridge and freezer integrated into the wood cabinetry.

I had my heart set on a wide-open room with 12-foot ceilings. In addition to the $30,000 it takes to do all the labor (you have to tear down the walls, put up new drywall), we had to get an engineer involved to make it all come to life with a 28-foot-long beam. I think we see ceilings vaulted a lot on reno TV shows without any discussion of the fees (it cost an extra $2,000). It was just an unexpected expense that we decided was completely worth it.

Save: No Fancy Beam Treatment

We were originally going to wrap the beam in the same Douglas fir that’s everywhere else, but I thought it might be too matchy-matchy. We saved about $4,000 by leaving it exposed. You can still see the stamp on the bottom that says what kind of wood it is and the date it was made.

I’m a photographer, so I naturally obsess about light. Lanterns offer the perfect quality (they’re just so glowy, which is hard to get from bare bulbs). The ones in the dining room and the kitchen are by Barber Osgerby (around $1,000 each). The fixture in the living room is a real Akari design by Noguchi.

I wanted a simple, functional, minimal fireplace, so we covered the stone with stucco. We hired a subcontractor to do the job, because it’s one of those things everyone thinks they can DIY, but in my opinion it’s an art if you want it to look good. I would love to plaster a million things all the time, but this one would have been a bit of a conundrum.

Our house is tucked back from the street, which is why I felt comfortable not having curtains or shades in our main room and having a door that you can look through. I know it’s controversial (and I’ve definitely had those moments where I’m crouching behind our island when someone rings the doorbell), but I love the superclean aesthetic. And when we have the sliders in the back and the top of the Dutch door open, it creates a nice cross-breeze.

We also saved by salvaging some enormous sliding glass doors in our living room. Each glass panel is almost 5 feet wide, and it would have been a major expense to replace them (I don’t believe they’re even made that large anymore without it becoming extremely expensive). We paid roughly $1,000 to move them over a few feet—they were originally awkwardly close to the fireplace. The contractor warned us we’d run the risk of the glass breaking, but we decided to go for it, and it makes so much more sense where they are in the room now. We get compliments on them anytime anyone comes over.