With $50K and a Forklift, We Vaulted the Garage and Made a Kitchen

It only takes two people (with practice) to install a beam. 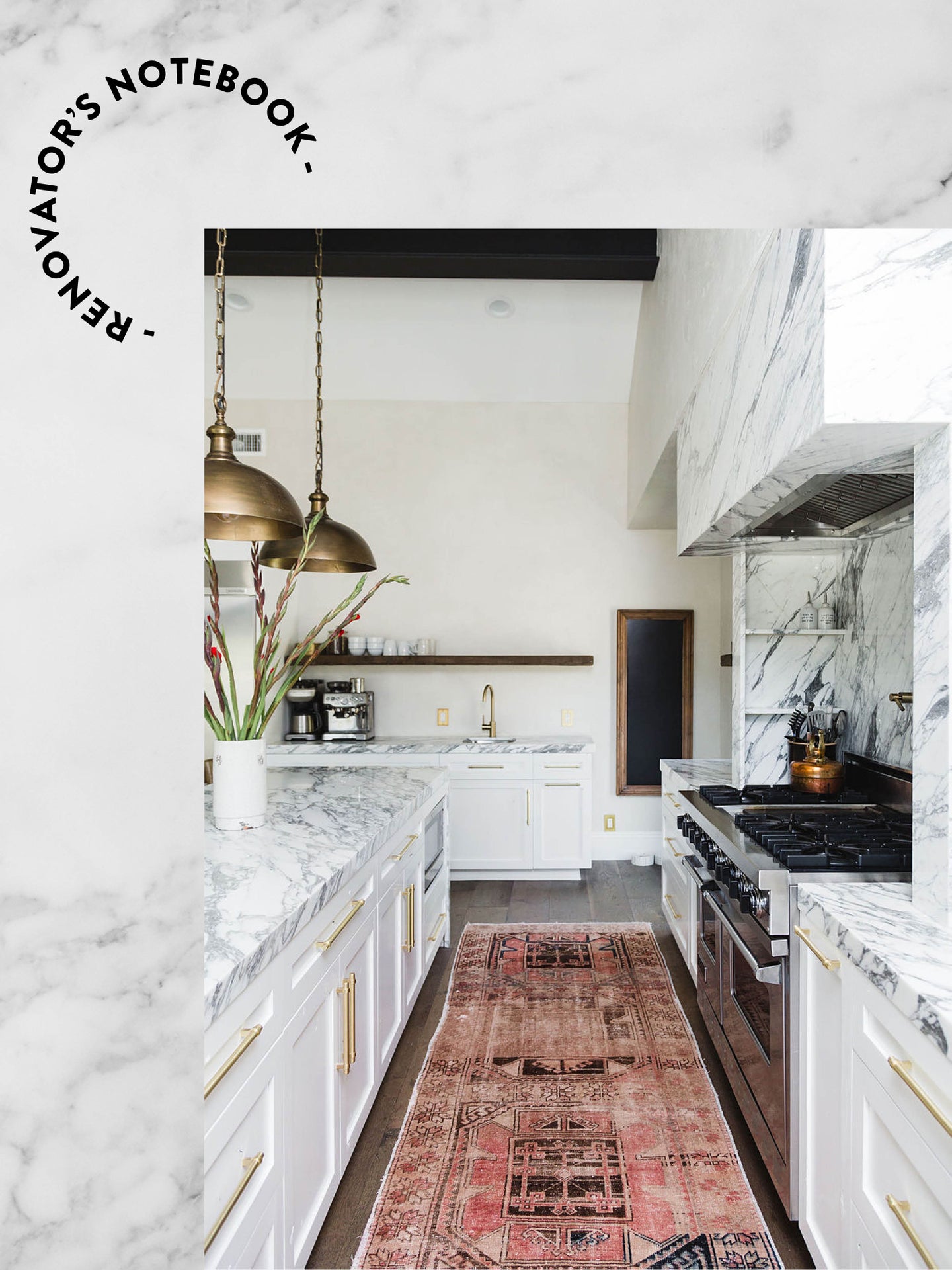 A garage is the last place you’d expect to find inspiration, but that wasn’t the case when designer and real-estate agent Shirley Slee walked into a Spanish-inspired home in the Olde Carlsbad neighborhood of San Diego. Past the tools, lawn gear, low ceilings, and concrete she saw a marble-clad kitchen with a 10-foot-long island, Venetian plaster walls, and an arched doorway leading to a walk-in pantry. “I immediately started designing the space in my mind,” recalls Slee. “A garage is really just a big blank slate.”

The fact that Slee had never converted a garage into a functioning kitchen before didn’t deter her from going after the permits. After purchasing the house for $785,000, the designer, her husband, and her brother (a general contractor) set out on an all-encompassing remodel. They put in a total of $385,000 ($50,000 of which went toward the kitchen) and ended up selling the place for $1.5 million. As for where the cars go, there’s a whole new, 500-square-foot structure at the end of the driveway with a small apartment up top. Is your garage really just your dream kitchen in disguise? As Slee walks us through her reno, you might be convinced.

My architect and I drew up plans for the space in about two days so we could file for a permit stat. Usually there’s someone called a runner who goes back and forth between the city’s office and the engineer as revisions are made. They only make runs twice a week, so it can really hold up a project. I expedited things by making all those trips myself. We got a stamp of approval within six weeks.

After ripping up the old foundation with jackhammers, we poured a new surface, trenched the plumbing, and brought in a 34-foot-long steel I-beam so we could vault the ceiling and expand into the old living room. The tricky part was getting it up there with just two people and a forklift. My husband and brother did a few dry runs with a wood beam, mimicking the movement and figuring out how to balance it, before putting the real thing in place. I was going to wrap it in wood, but we left it black for a modern touch.

Let Your Stone Stand Out

I believe Carrara marble gets better with age and patina. I have a good relationship with my stone yard, so I got a deal on the five slabs (around $400 each), but they’d normally go for around $1,900. I wanted to add something with impact, which is why we did the custom liner around the range. The side niches are super-practical for storing spices and oils, but more important, they look like they were always meant to be there.

To me, a kitchen is what sells a home, so I wanted this space to have that airy feeling, which is why I decided against upper cabinets. My brother and I bought about 20 foot-long bridge timbers a while back near Mammoth Mountain, where I was born. We’ve used the wood to make open shelves for a number of projects—this space included.

Get Scrappy With High-End Appliances

I always splurge on newer, high-end refrigerators and tack on a 10-year warranty, because I’ve found that older ones just don’t last. As for ranges, I’ll get thrifty. I know someone in Orange County who pulls them out of multimillion-dollar homes and will refurbish them for me—I’ll get a $14,000 Viking range for $4,000. They’re used but they work great and look practically brand-new.

We had the guy who did the stucco on the exterior apply the Venetian plaster on all the walls and in the pantry in the kitchen. (If I would have hired a professional to do that, it would have cost at least three times the amount.) He hadn’t used using the plaster product before, and because he didn’t apply a bonding agent the first time around, the finish would peel right off if we put blue tape over it. We had to do a totally new coat, but it turned out amazing in the end. Now it’s as smooth as honey.