How a Montauk couple overhauled their yard on a budget. 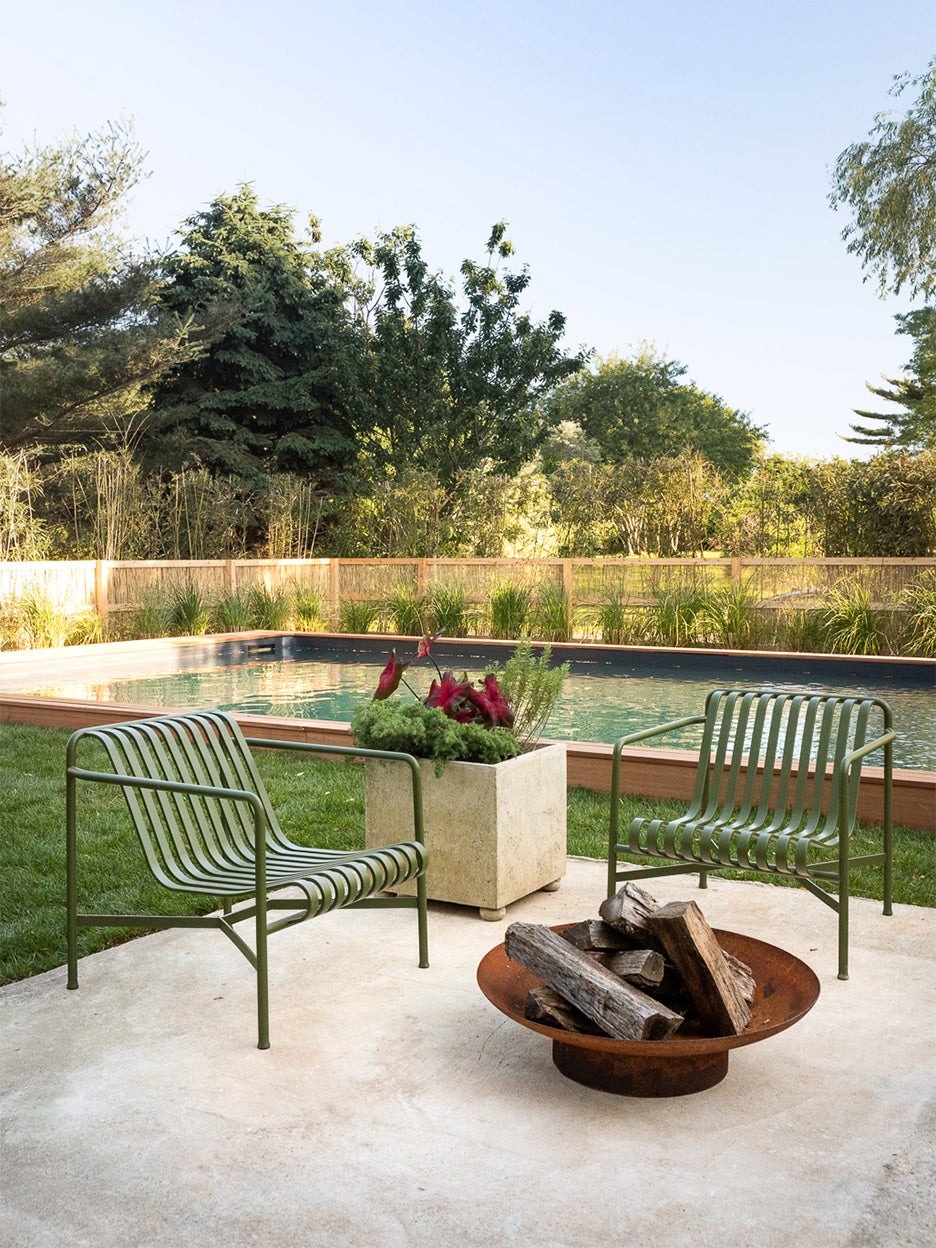 Vacationers escape to the laid-back coastal town of Montauk, New York, in search of naps in the sun and afternoons spent grilling outside—this run-down property seemed to offer neither. “There was so much bramble and the greenery was overgrown,” says Robert McKinley.

But the interior architect, who knows the area like the back of his hand (he’s worked on such local hotels as Surf Lodge and Ruschmeyer’s and owns two vacation rentals in town), knew exactly what it would take to give the corner lot the blissful vibe he sought. “We really wanted to figure out how to maximize the usable space,” he says, dreaming of hours spent barbecuing, swimming, and lounging on the lawn with his wife, Kate Nauta. After a cost-conscious overhaul, the outdoor setup is barely recognizable.

Opening Up the Space

First things first: The old deck and fence had to go. “They were extremely dated and took up too much of the land,” says McKinley, and removing them would visually double the garden’s size. Next, the designer crafted a mahogany deck that encircles the pool in a narrow border. Lush grass, rather than the patio, dominates the view. At the back of the property, a new bamboo reed fence blends right into the landscape.

Giving the Pool a Makeover

Ripping up the ’90s-style pool and replacing it with a sleek gunite alternative would have set the couple back thousands of dollars, so McKinley faked the look instead: “We were able to re-skin the original with a new dark gray vinyl liner, which made it feel more modern,” he explains. In the end, the decision saved them an estimated $50,000 and you can hardly tell the difference.

Freshening Up the House’s Exterior

The building’s worn wood siding got a slick coat of warm white paint, but McKinley took the facade update one step further: Using the same mahogany as the deck, he installed vertical slats that run the entire height of the second-story balcony. “We liked how it followed the lines of the siding while creating lightness,” he says.

Ripping up the jacuzzi revealed a concrete platform sitting in the grass. Rather than tear it out, McKinley repurposed it as the backdrop for a firepit, which he outfitted with a fire bowl and a couple of green lawn chairs from Hay—the floor is noncombustible, after all.

Giving the Garden a Beachy Feel

As the couple started to cut back the overgrown greenery, they discovered trees that were previously concealed in all the bushes. Once they leveled the yard and added new grass, they finished off the landscaping with native plants and wispy beach grass. “It really gives you a sense of place,” notes McKinley.