I Built My Dream Backyard Workspace for $8K 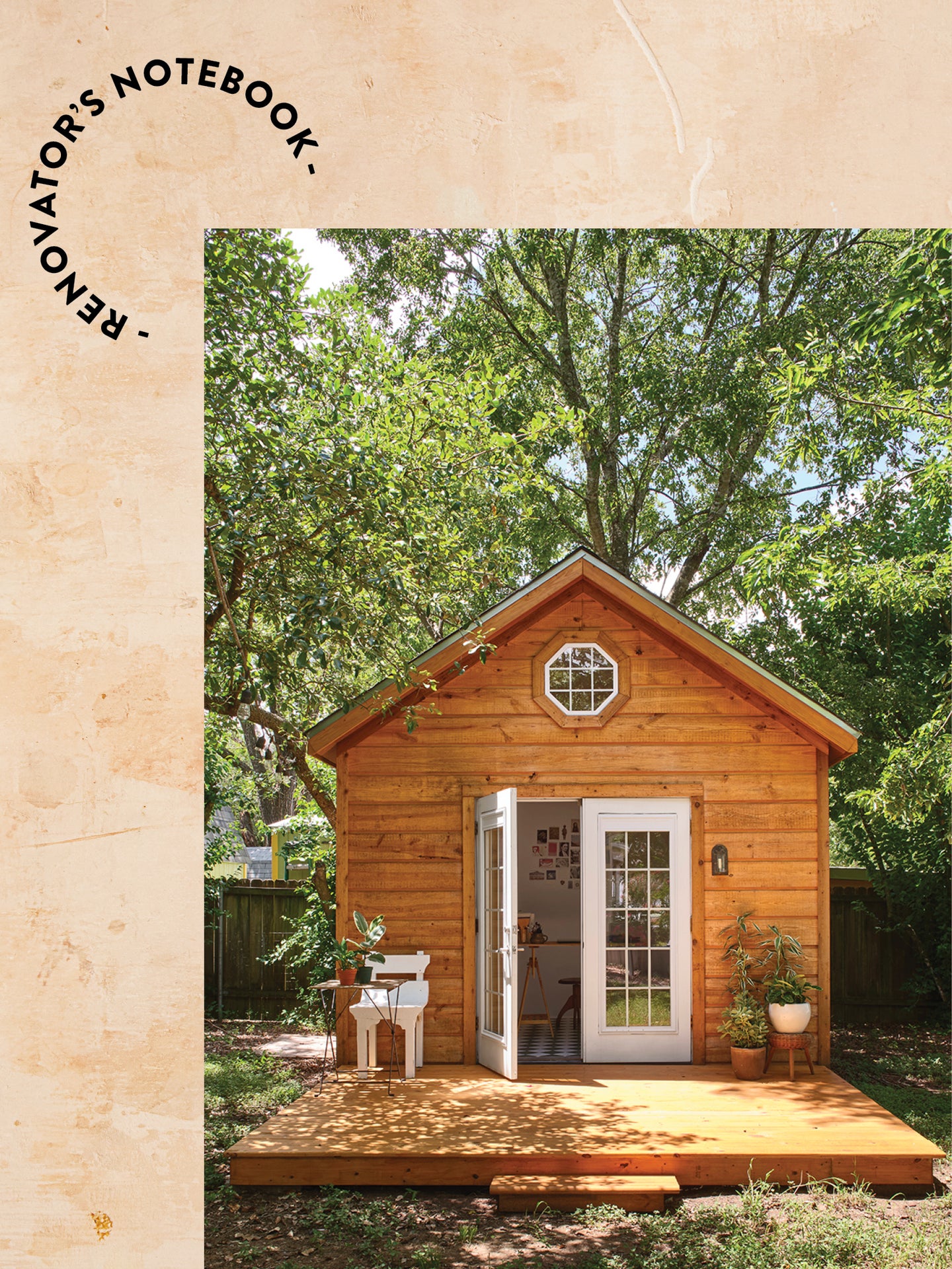 Veronica Ortuño never expected to be moved to tears by pottery. But in 2018, she found herself crying while standing in front of glazed earthenware sugar bowls and clay vessels from ancient Greece at the Detroit Institute of Art. “It really hit me, looking at these artifacts, how incredible it is to be working with the earth, creating pieces that last centuries that go between so many people’s hands and lives,” recalls Ortuño. At the time, the Texas-based creative had been running a retail and events company called Las Cruxes and doing interior projects on the side. Her experience at the DIA encouraged her to take a ceramics course at a local studio in Austin upon her return home. “It felt so natural to me, working with the clay,” she says. Fast-forward to early 2020, and Ortuño, who was pregnant with her first child at the time, decided to build a pottery studio–slash–showroom in her backyard.

Ortuño—now selling objects she makes and collects through her website, Casa Veronica—drew the small, shedlike structure in SketchUp and commissioned her dad and his friend, Chuy, to build it from the ground up, spending $2,000 on labor. She and her husband chipped in on weekends, tackling staining ($170), painting ($100), storage assembly, flooring, and more, turning to YouTube and Reddit message boards whenever they had to figure out a new skill. Recently “one friend stopped in for a studio visit and said the space reminded her of tienditas, which are small stores that line the busy streets throughout Mexico,” says Ortuño. “I was flattered by that.” Ahead, in her own words, the artist and entrepreneur takes us behind the scenes of her studio build and reveals where she splurged (and where she saved).

Save: A Never-Used Kiln

I set up my Facebook Marketplace account so that it alerted me anytime a kiln was listed in the area. For a while, I was only seeing ones that were in disrepair, but as I was getting closer to biting the bullet on a new, $1,500 one, a man in Venus, Texas, posted a kiln from the 1980s for $350. It had been his grandmother’s and never been used (they even still had the owner’s manual!). The kiln is installed in a corner of my studio, on top of a slab of cement that helps absorb the heat. Anytime it’s running, I leave the French doors open (another Facebook Marketplace find I scored for $150).

Initially, we were lucky enough to source wood for the studio at an affordable price (it totaled $3,200). But only a few months later, when we got around to tackling the deck, the price of wood surged and it was hard to source. That meant we couldn’t complete it for about another eight months (eventually we found some cheaper wood for $500). The wait was worth it, though: I needed a place where I could just wind down and relax, have my lunch in the sun, and dry out my ceramic pieces.

Save: A Sturdy Craft Station

For $128, I combined IKEA trestle legs and a tabletop sourced from Parker Lumber here in Elgin to make my desk. The tabletop had to be pressure-treated wood, because I work so much with water and clay. This way it won’t warp over time.

To store and display my objects, I bought IKEA’s Ivar system for $318. Its classic raw-wood look is so universal—staining the piece easily elevated it. The only tricky part was achieving a uniform finish, because I was working outside in the Texas heat (the liquid was drying very quickly). My husband and I added matching stained-wood knobs to the lower cabinet doors, which are inspired by Mexican architect and designer Luis Barragán, who often incorporated square pulls into his home designs.

After researching what floor would be best, I came across numerous message boards of ceramists voting for vinyl composition tiles, which are more durable and affordable than ceramic or wood options. I loved the idea of a checkerboard design, but the green and white squares we got from Lowe’s only came in the large, 12-by-12-inch size, for $192. I knew they were too big; it would look like the floor belonged in a high school cafeteria. My husband tried to convince me otherwise because he knew what was coming: Yes, we had to go through hundreds of these and cut them down by hand with an electric saw to be 6-by-6 inches. It was the most labor-intensive job, so I really commend him for being a good sport about it.

Save: Reminders to Keep Going

On the walls: postcards I’ve carried with me over the years (I was a big pen-pal person in the early 2000s); images of women who inspire me; and good-luck charms, like a card from an unknown board game or deck that has the word “Life” inscribed on it, surrounded by a horseshoe and flowers. I feel as if it brings me good luck, so I put it up everywhere that I work.