A Ceramist Built Her Own Studio Using YouTube Tutorials 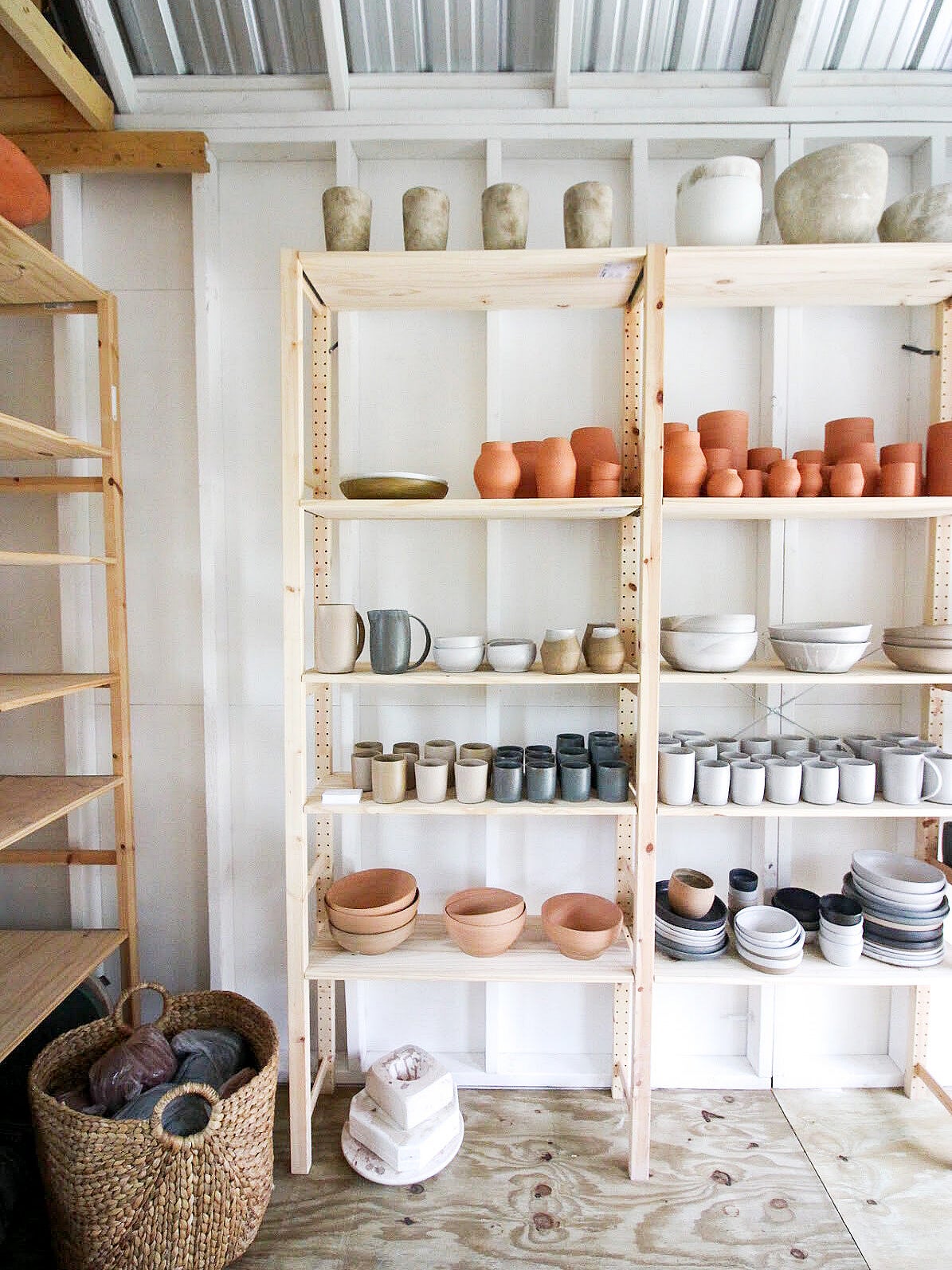 Megan Leihgeber fell in love with ceramics in 2009. “It was one of those things where I’d find any excuse to go into the art room,” she says. She grew up in small-town Tyler, Texas, where being an artist was quite the unusual occupation, but her mother, a watercolorist, owned a gallery downtown, so when it came to her own artistic pursuits, it seemed to fall into her lap. Serendipitously, she found a donated ceramics wheel in her boyfriend’s parents’ garage, while her own parents had been gifted a kiln.

She went full-time with her ceramics company, Maya Blu, named after her beloved Weimaraner, in 2018, after working for Austin ceramics company Kettle & Brine and growing comfortable with both the retail and accounting sides of operating a business. But when it came to finding studio space, she faced a problem faced by many Austin artists: Space is both expensive and limited. So she decided to build her own studio in her backyard. “I had a pretty low budget, $5,000, and was bootstrapping it to make it everything I wanted,” says Leihgeber. Originally, she considered a prefab option from Home Depot but soon discovered construction tutorials on YouTube—the “How to Build a Shed” series from the channel House Improvements, which she was able to follow with ease.

“I had built an above-ground garden bed and a table for my house before,” she says. “Woodworking is a different practice, but it makes sense to me.” While not everyone is artistic by nature or has prior woodworking knowledge, Leihgeber believes anyone can follow in her footsteps.

Studying the videos and seeing how each construction practice is done to get the basic understanding is Leihgeber’s best tip for anyone looking to build their own studio. “As I was building, I would rewatch the videos in real time,” she says.

Leihgeber looked for already drawn-up plans online to get an idea of what materials she would need and how much of said materials. “My plan was for a 10-by-16 shed with 9-foot ceilings,” she says. “So I’d find a shed that was similar and figure out my materials from there, adding more to compensate for the size and roof pitch.”

Save Money by Thrifting

Leihgeber sourced the windows and doors first, as it helped to have the exact dimensions on hand while testing and before beginning the actual build. She went to Austin’s Habitat for Humanity ReStore and ended up spending only $800. “Natural light was the biggest must-have on my list,” she says.

Measure and Then Measure Again

After the ceramist received all of the lumber for her shed, she measured 30-plus times. “I would recommend measuring at least three times before you cut,” she says. “Once you cut, it’s a done deal.”

“The roof is my favorite,” she says. “The pitch had to be steep so I could have enough headspace and make it seem larger than it is. I have a loft for storage that I wouldn’t have been able to have with a more shallow pitch.”

Make Sure Your Space Fits Your Needs

Leihgeber’s previous studios were dingy, often lacking air-conditioning and natural light and leaving a lot to the imagination—thus when it came to her DIY studio, she wanted it to feel airy. “I love the double doors,” she says. “I can open those up and it’s as if I’m outside.”