This DIYer Always Dreamed of a Fireplace—So She Built One

The secret to its concrete look? Paint. 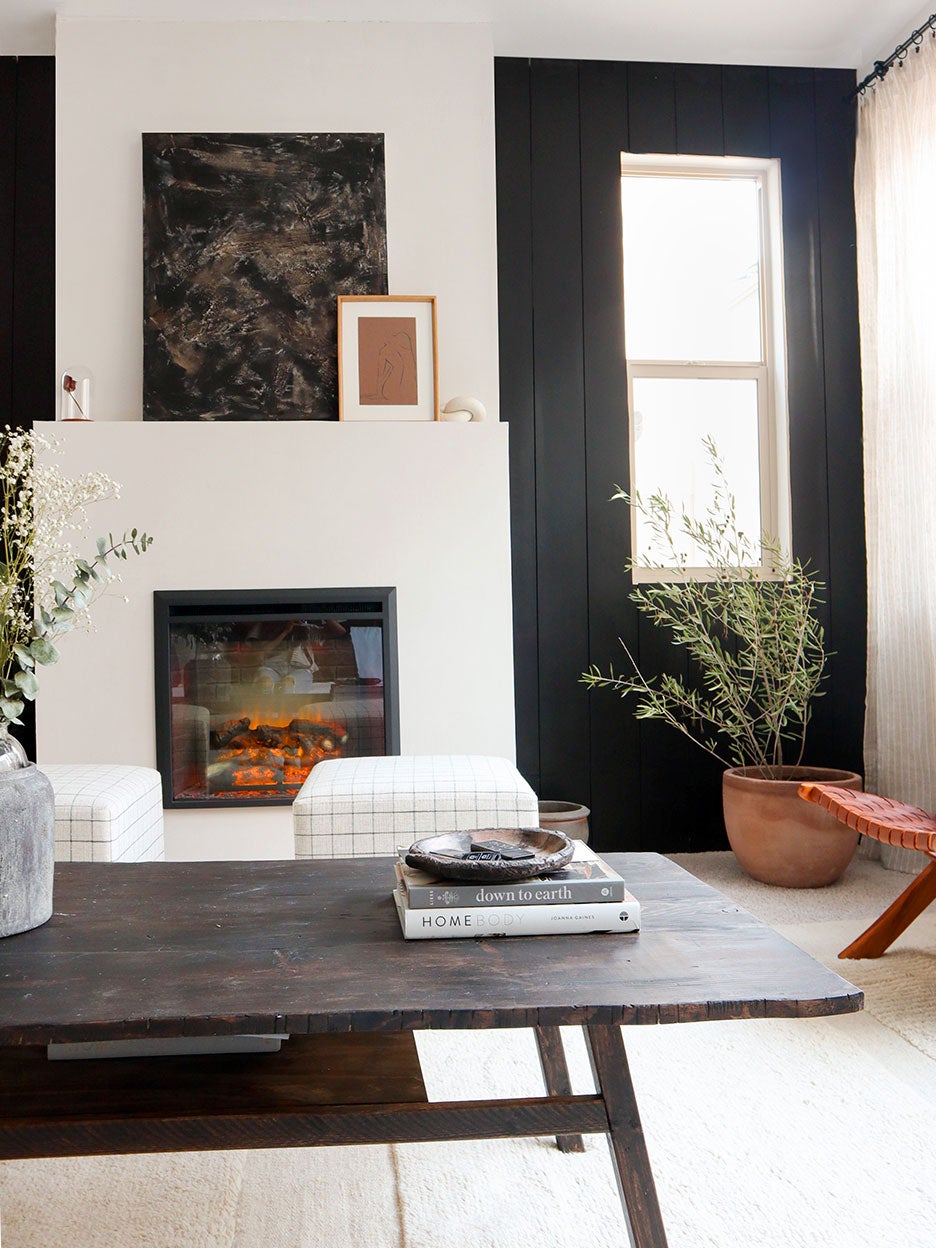 Danielle Guerrero and her husband, Chris, had been living in their California home for a little less than a year when they decided this past March that it was finally time to tackle a project they’d long dreamed of. “I’ve always wanted a fireplace, and I knew we could build one ourselves,” says Guerrero. “With the quarantine, I was like, well, we’re going to be home and we have the time.”

They started by watching YouTube videos of other homemade fireplaces, which incorporated electric inserts into relatively simple wood structures topped with joint compound for a seamless built-in look. Confident that making their own wouldn’t be too complicated, Guerrero figured out the measurements, got what she could at the hardware store in one trip, and ordered the rest of the materials online (including the insert, which cost less than $300 on Amazon). Then they got started—but quickly ran into one small problem: A shortcut from a previous DIY had come back to haunt them.

Guerrero had originally installed white horizontal shiplap on the wall where they’d eventually put the fireplace, but later decided to swap it for black vertical planks—and instead of removing the horizontal boards, she added the new ones right on top. To get the fireplace perfectly flush against the wall, she’d have to remove both layers and then reinstall the black version. “I was seriously like: Why did I do this to myself?” says Guerrero. “My best advice would be to always go the extra mile—don’t take the easy way out.”

From there, the process went relatively smoothly. It took some time to make sure the framing was perfectly aligned before they could move on, and the process of layering on the joint compound, letting it dry, and sanding also turned out longer than expected. Without a hand sander—particularly one with a dust-collection bag—they ended up using a sanding cube and cleaning up the mess it left behind.

To give the fireplace a textured look—like it was made of concrete rather than wood and drywall—Guerrero painted it with Portola Paints’s Roman Clay plaster finish. “Up close, you can really see the movement of the surface,” she says. “It’s nice and subtle.”

Once the project was finished, Guerrero felt a wave of satisfaction—which was temporarily replaced with panic. “I though, I don’t have anything to style this mantel with and I need to post a reveal picture!” she says, laughing. “I couldn’t just leave people hanging.” The night before she shared her DIY on Instagram, she did another quick project: creating an abstract painting to place right on top of it. She crafted a canvas out of scrap wood and an old bedsheet, then covered it with a little bit of joint compound, some paint, and some dirt (yes, that’s right) for texture.

With her own dream fireplace, Guerrero finds herself in the living room far more often—so much so that she’s pretty much redesigned the entire room around it, adding (among other things) a coffee table she built from scratch. She only has one tiny regret: “After all was said and done, I was like, man, we totally could have done something even more complex—something with more detail or an arch,” she says. “The project seemed a lot scarier than it really was.”