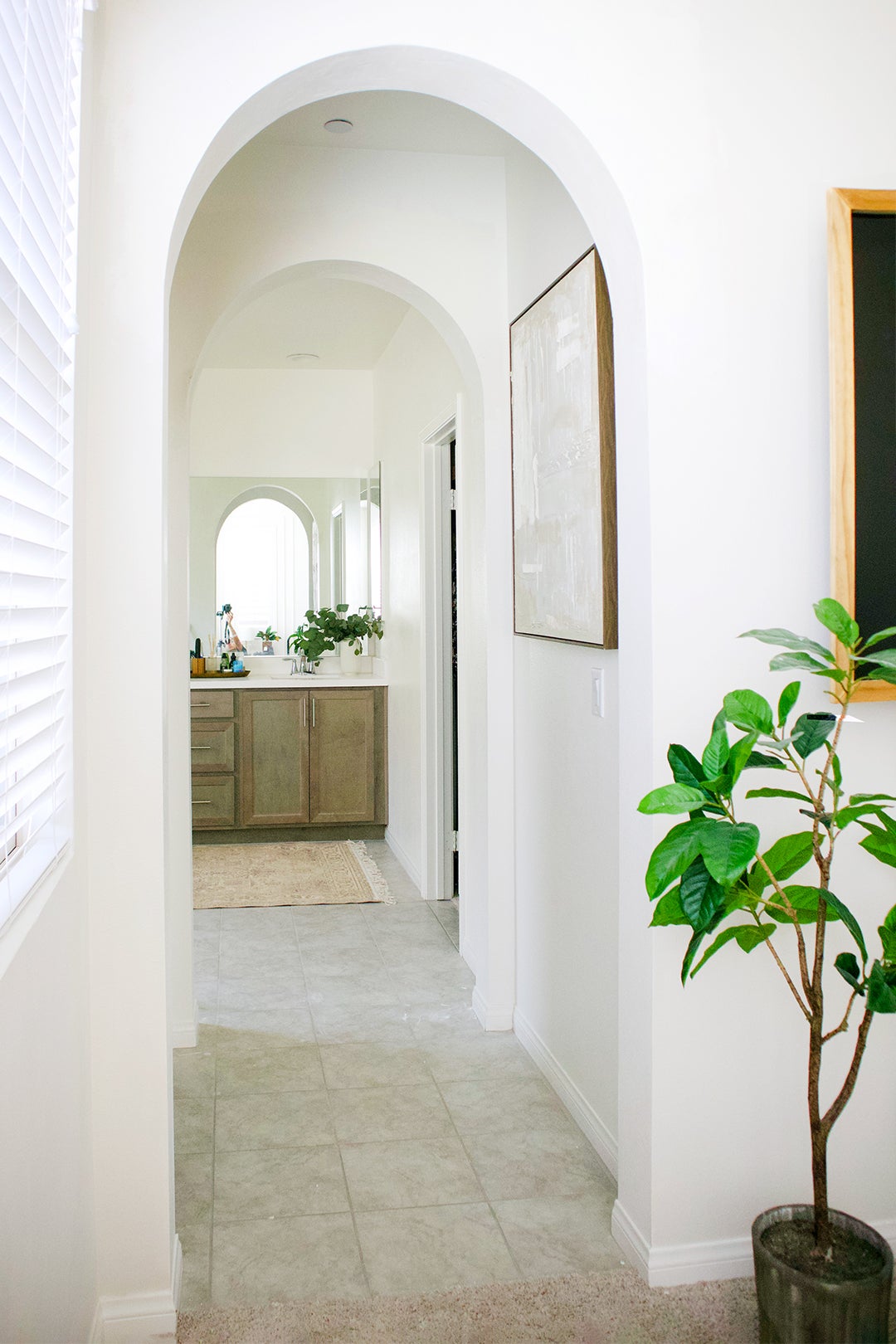 “When I first thought of the idea, I said, there’s no way I can do that,” California-based DIYer Danielle Guerrero recalls of looking at the long hallway that connects her bedroom and bathroom. Her dream? Turn those plain, squared-off openings into archways. With no budget to hire someone else to do the job, she put the update on the back burner for a whole year and a half. Then she got the guts to do it. “The exterior of the house actually has a more Mediterranean feel, so I always thought it was weird that the inside was so modern with straight lines,” she explains.

Guerrero spent a grand total of $35 to update both thresholds (she already had extra wood on hand to make the frames, saving her an extra $15). “Once I had the measurements and everything, I just had to make two cuts and then hang it,” she says. “It went up so quickly.” Read on for her step-by-step for mastering one threshold arch, below.

Measure your current opening, taking note of the depth near both corners (Guerrero found that one side was a whole ¼ inch thicker than the other, so don’t assume everything is even). Figure out the block measurements (these are the wood pieces that will make the framing rock solid) by subtracting the drywall thickness (Guerrero used half-inch-thick drywall) and plywood thickness from the depth of the doorway. 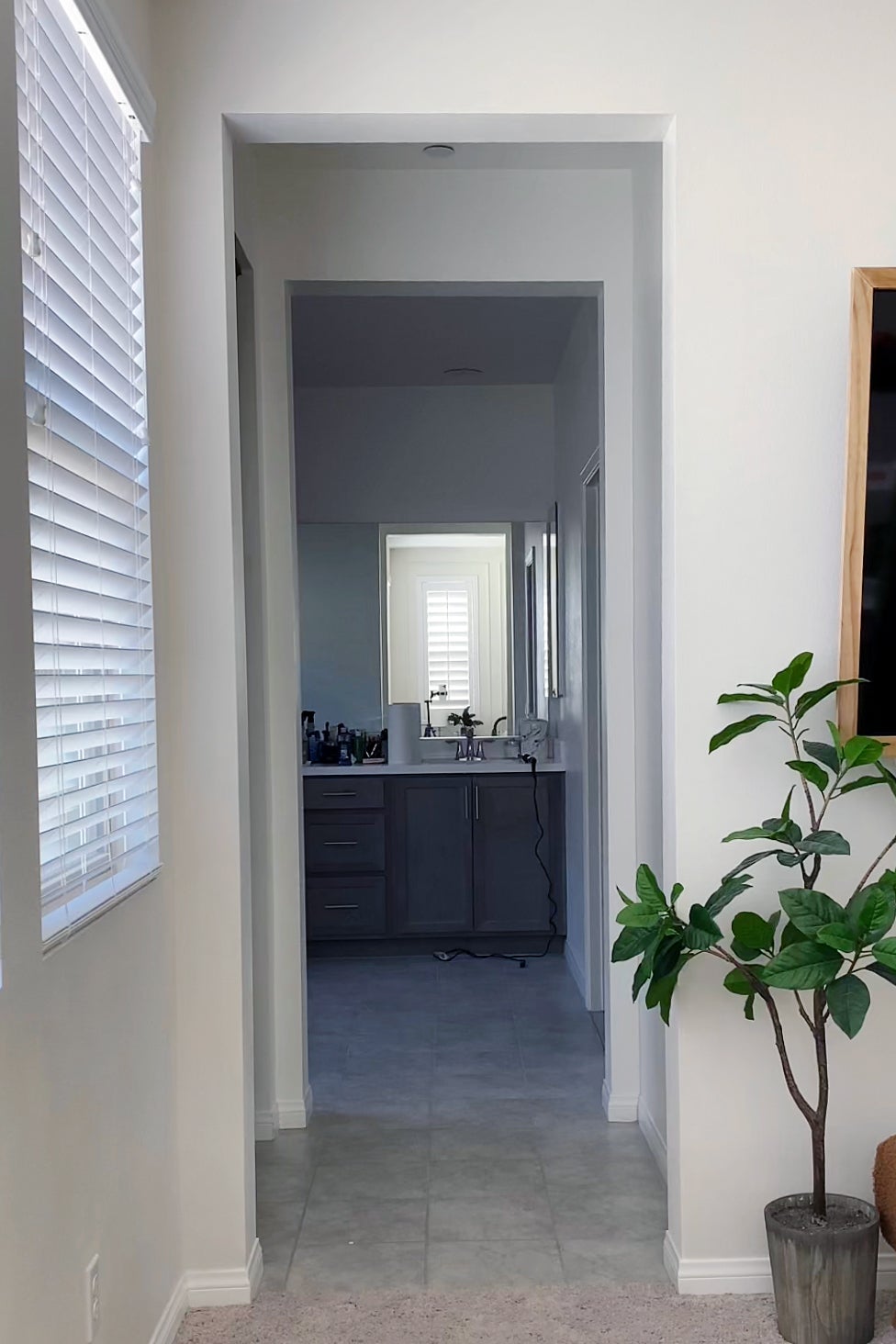 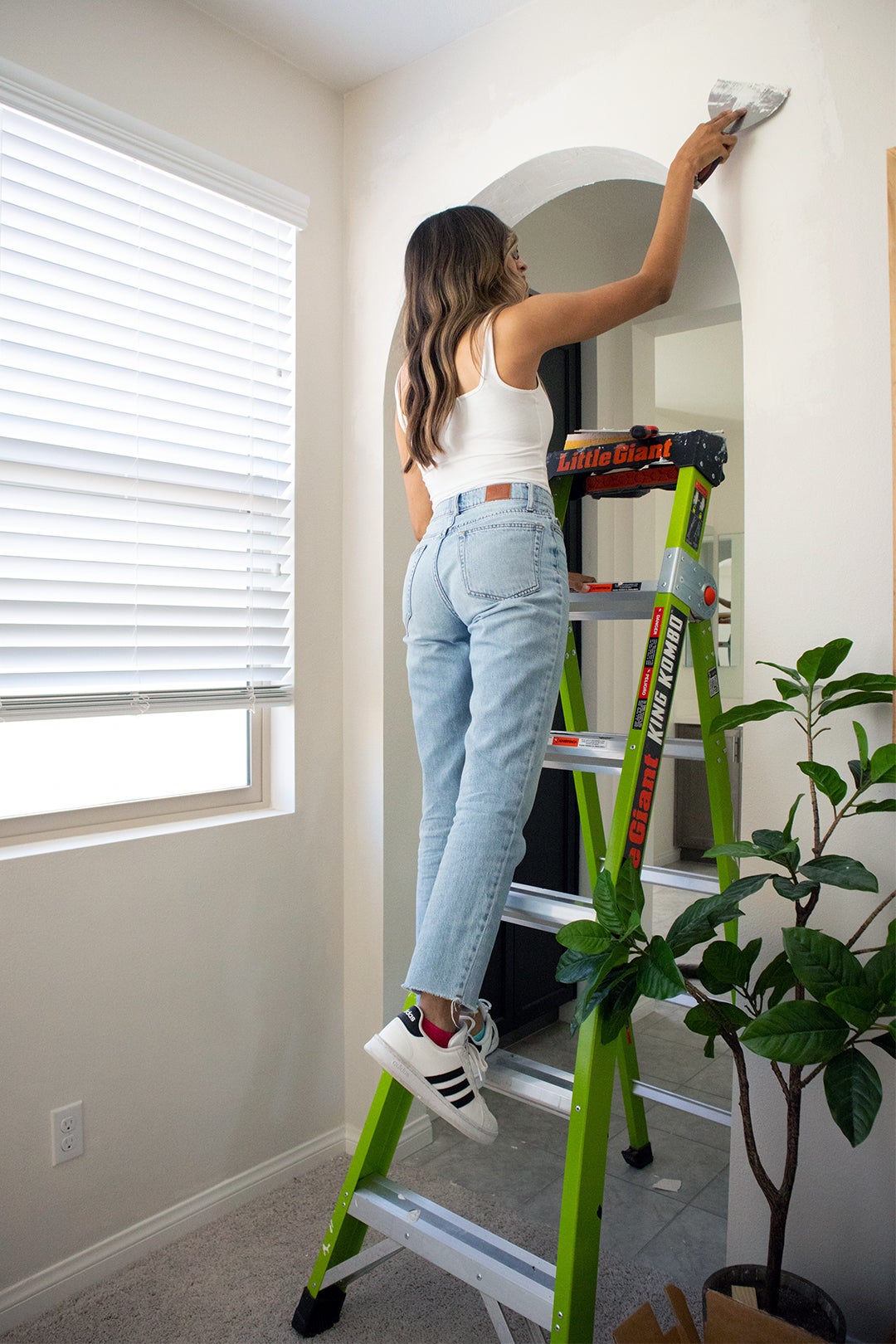 Trim a piece of plywood to match the width of the entry. Take note of how far down you want the arch to sit from the original top of the doorway (Guerrero made it so the tip of her arch is 1 1/2 inches lower than the original) and mark that center point with a pencil.

Cut your shape using a circle jig and a router. This is Guerrero’s preferred tool because it gets you the perfect curve and makes two identical arches in one go, but the DIYer notes you can also use a jigsaw to make the silhouette. (Note: It requires a steadier hand.)

Based on our earlier measurements, cut two support blocks (one for each corner of the threshold) out of 2-by-4s. Drill them into place and then attach your half-moon sheets of plywood on either side. Add few more 2-by-4 blocks in between the two arched pieces to ensure it’s extra-sturdy. This will also give your drywall something to adhere to underneath.

Use a knife to cut the drywall so it matches the shape of your wood arches. (Psst: It’s helpful to make a stencil of your plywood cutouts first so you can get a pretty similar shape out of the drywall.) Mount the drywall to the threshold using drywall screws, and apply corner beads to the edges to get a sharp finish. That way “if someone were to bump into your corners, they wouldn’t just disintegrate,” Guerrero points out. Cover any seams with paper joint tape.

Begin to layer on the joint compound. “Getting everything smooth and level so it blended in with the side walls was the most challenging part,” she says. Guerrero applied approximately three full layers, allowing each coat to dry for 24 hours and sanding the surface with a damp sponge in between. Hot tip: Adding water to the cementlike mixture makes it easier to work with. Finally, stand back and admire your fresh curves.