The process of building one isn’t that different from constructing an arch. 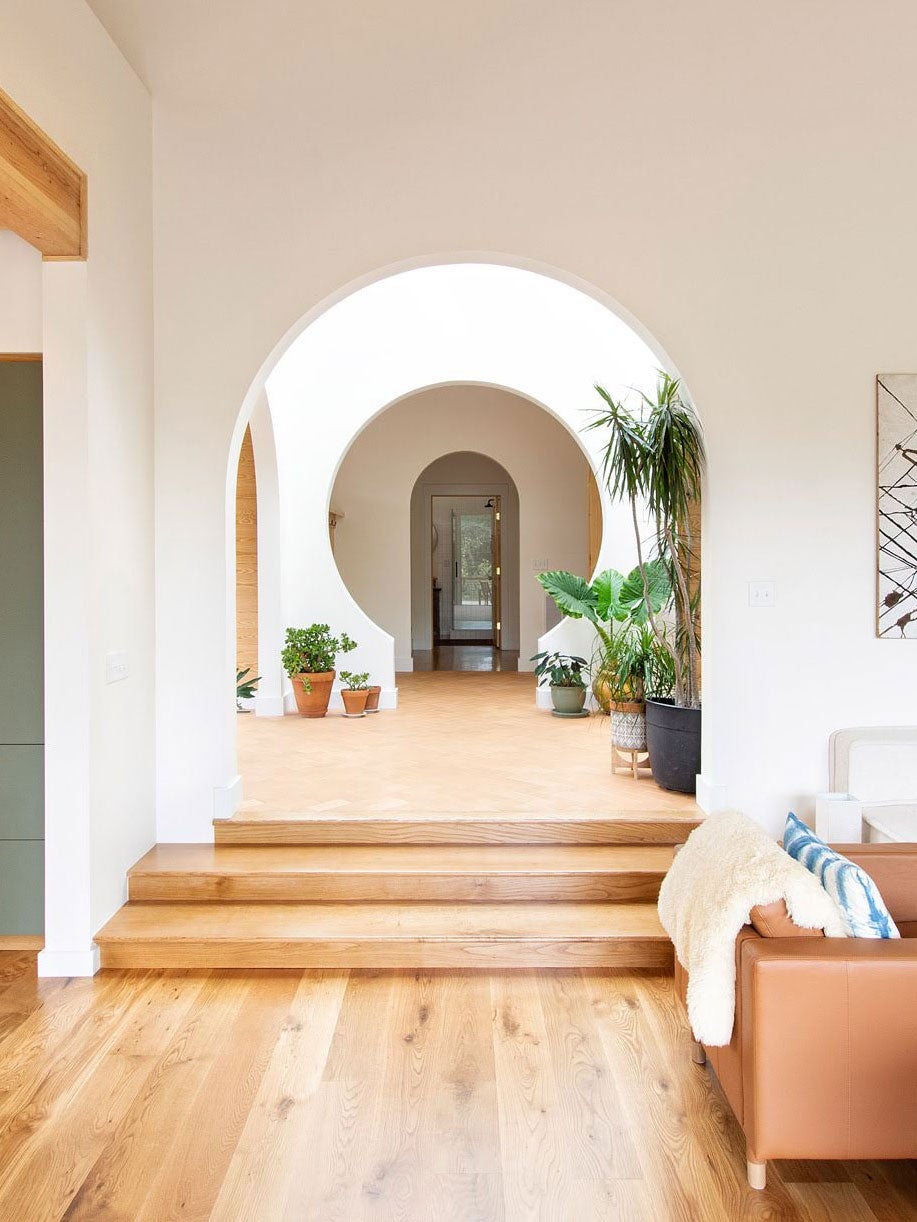 Sandals piled up, jackets barely draped on hooks, half-opened backpacks peeking out from cubbies—these are the signs of a lived-in hallway, but that doesn’t mean you have to look at the mess 24-7. Hiding it all behind a door and effectively turning the space into a mudroom is one popular solution, but there is another way. Assembly Architecture and Build owner Ross Smith disguised the large shoe bench and coatrack in his Asheville, North Carolina, home with an unusual architectural detail: a keyhole entrance. “It became obvious to us during construction,” recalls Smith. The sunny, plant-filled atrium in the center of the house is framed by four impressive arches, one of which is not quite like the others.

The designer realized that by tweaking the bottom half of a standard arch structure, he could disguise the built-ins on the other side. The standout feature also delineates the public part of the house (dining area, living room) from the private space (bedrooms, bathrooms). “Its a subtle transition,” he says.

So how exactly do you make a keyhole? It’s not all that different from constructing a regular archway. Here, Smith shares a few things you need to know about the threshold.

The hardest part isn’t getting the shape perfectly smooth and symmetrical. As Smith points out, it’s locating a space with ample width. In order for it to work, you have to have an opening that allows for around 3 feet of clearance for the walkway, and then another 3 feet or so on each side for the wings. You also have to have fairly high ceilings (Smith’s are a little over 10 feet). “You’d be hard-pressed to do the same thing with a 9-foot ceiling,” he says.

Familiarize Yourself With the Shape

The keyhole is essentially the exact same construction as an arch, except the middle part is cut out farther on either side to get the exaggerated curve. For the proportions of the keyhole to feel right, he says, the diameter of the circle should be a minimum of 7 feet and begin 2 feet off the ground.

Carve Out the Opening

To build the wings, Smith sketched four semicircles onto a sheet of plywood, using a 4-foot-long string to guide the diameter and get a smooth line. Then he cut those parts out with a jigsaw and used the remaining pieces of plywood for the base of the structure. After that, it’s a matter of drywall and paint. Alice in Wonderland would surely approve of this playful feature (and so would Marie Kondo).