It only cost $6K to uncover it. 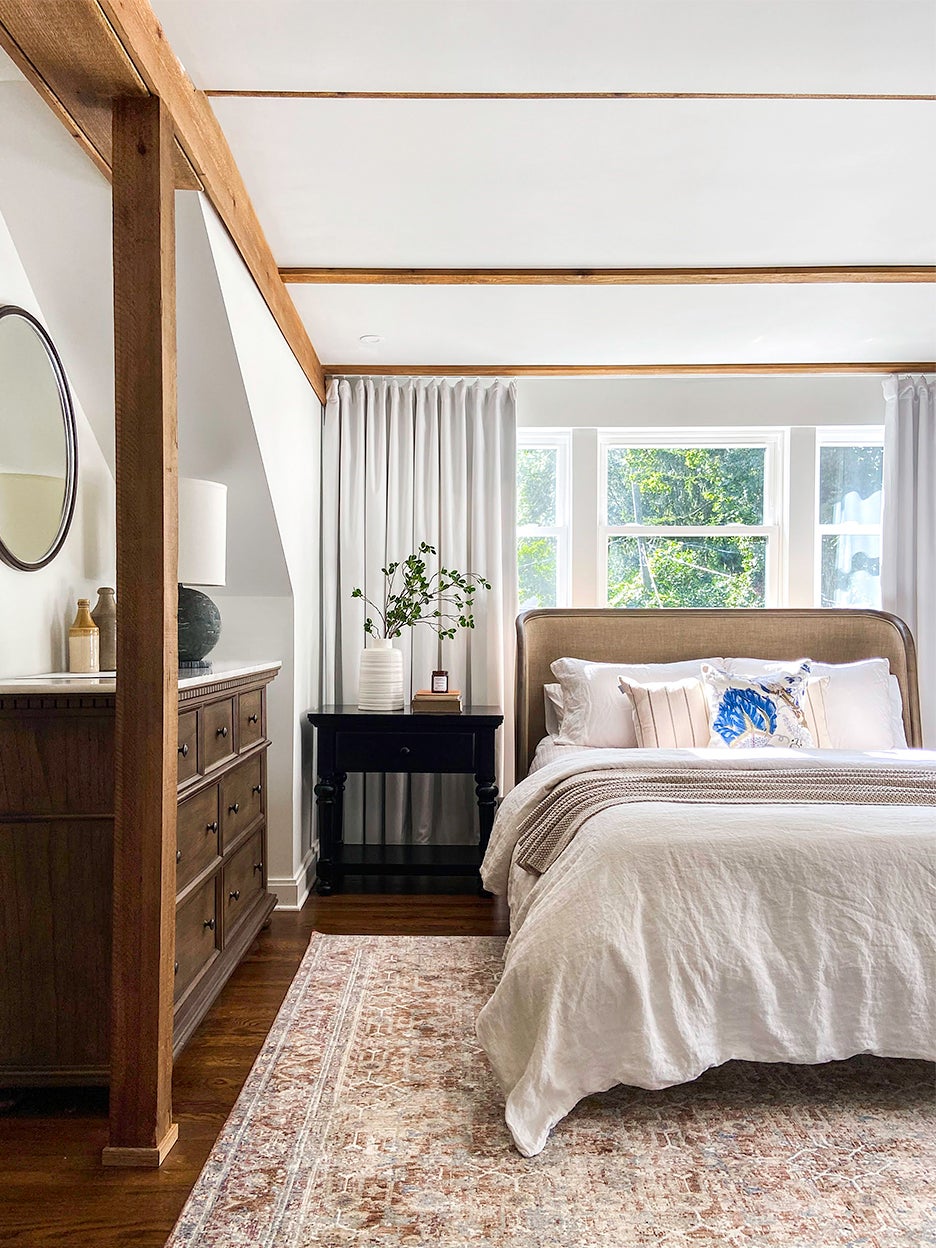 On the same weekend Catherine and Bryan Williamson decided to cut a giant hole through the roof of the bathroom in Catherine’s parents’ Columbus, Ohio, house, they learned there was a storm coming. The news didn’t alter their plans to add a dormer (a structure that would project beyond the pitched roof) to the space. It just sped them up. “Bryan stayed up until 5 a.m. to get it done before the rain,” recalls Catherine. “We squeezed it in just in time.”

This was the second of two dormers the seasoned renovators (Bryan is a general contractor; together they document their remodels in the blog Beginning in the Middle) added to the Cape Cod–style home’s top floor. The other one was in the bedroom. “It was so awkward up there,” says Catherine, recalling the attic space’s extremely low, sloped ceilings (a head-bumping hazard). By cutting into the wall and raising a section of the ceiling to the full 9-foot height in both the bathroom and the bedroom, they gained a total of 200 square feet. And the additions only cost the pair $6,000 for materials. Here, they walk us through the game-changing transformation.

With their plans approved by the city, the couple got the spaces ready for a dormer by removing the thick mix of plaster and drywall. Once that was scraped away, they added a temporary wall on the inside for support, then cut the opening. The home’s joists extend beyond the sloped roofline by around 6 feet. The Williamsons were able to turn four of those feet into usable space.

The dormer’s roof is essentially flat (it has a four-degree slope). “It’s the lowest pitch you can add that’s not completely level,” says Bryan. A more extreme pitch may have matched the architecture style of the house better, but it ultimately would have sucked up square footage. Finally, they closed up the exterior walls with 2-by-6s and put in the windows.

Even with all this new square footage in the bedroom, Catherine was conscious of the height of the bed frame, as she didn’t want to block the light coming in from the new windows. “Forty-eight inches was the max,” she says. Where the top of the headboard is now is where the slope of the old wall began.

The curves of both the upholstered piece and the archway leading into the bedroom soften up all the harsh angles upstairs. “It also helped us maximize the height of the doorway, because it works with the slope, not against it,” says Catherine.

Finding Storage in Nooks and Crannies

To hide away extra bedding and blankets, the Williamsons installed an IKEA Besta unit underneath the original window. Rather than use the legs the product comes with, they added their own toe kick to match the baseboards that continue throughout the rest of the bedroom, giving the piece a built-in look. The benchtop is constructed out of plywood and finished with a 2-inch foam batting wrapped in fabric.

Starting out, the Williamsons had no plans to put a dormer in the bathroom (they assumed they had enough space to work with). But unlike some of the tiny attics they’ve dealt with in the past, this nook’s ceilings were only 84 inches high. Spending another $3,000 allowed them to fit a tub, shower, toilet, and double vanity—a no-brainer.

The tub was much larger than the couple had originally expected, which caused a problem because they had already plumbed for a floor-mounted tub filler, and the tiles had already been installed. To save space, the Williamsons switched up their plans and moved the pipes into the wall, adding a decorative arch around the hardware to make it look like it was always intended to be there.

The large vertical wood beam in the bedroom was a must-have, according to the Williamsons’ engineer. While she wasn’t happy about the bulky structure at first, Catherine turned it into an opportunity to add character to the room. They added 1-by-4-foot cedar boards along the ceiling, exposing the rough side of the panels. The accent pieces lend texture to the space and—a bonus—they smell amazing, too.