14 IKEA Besta Hacks to Inspire Your Next Storage Overhaul 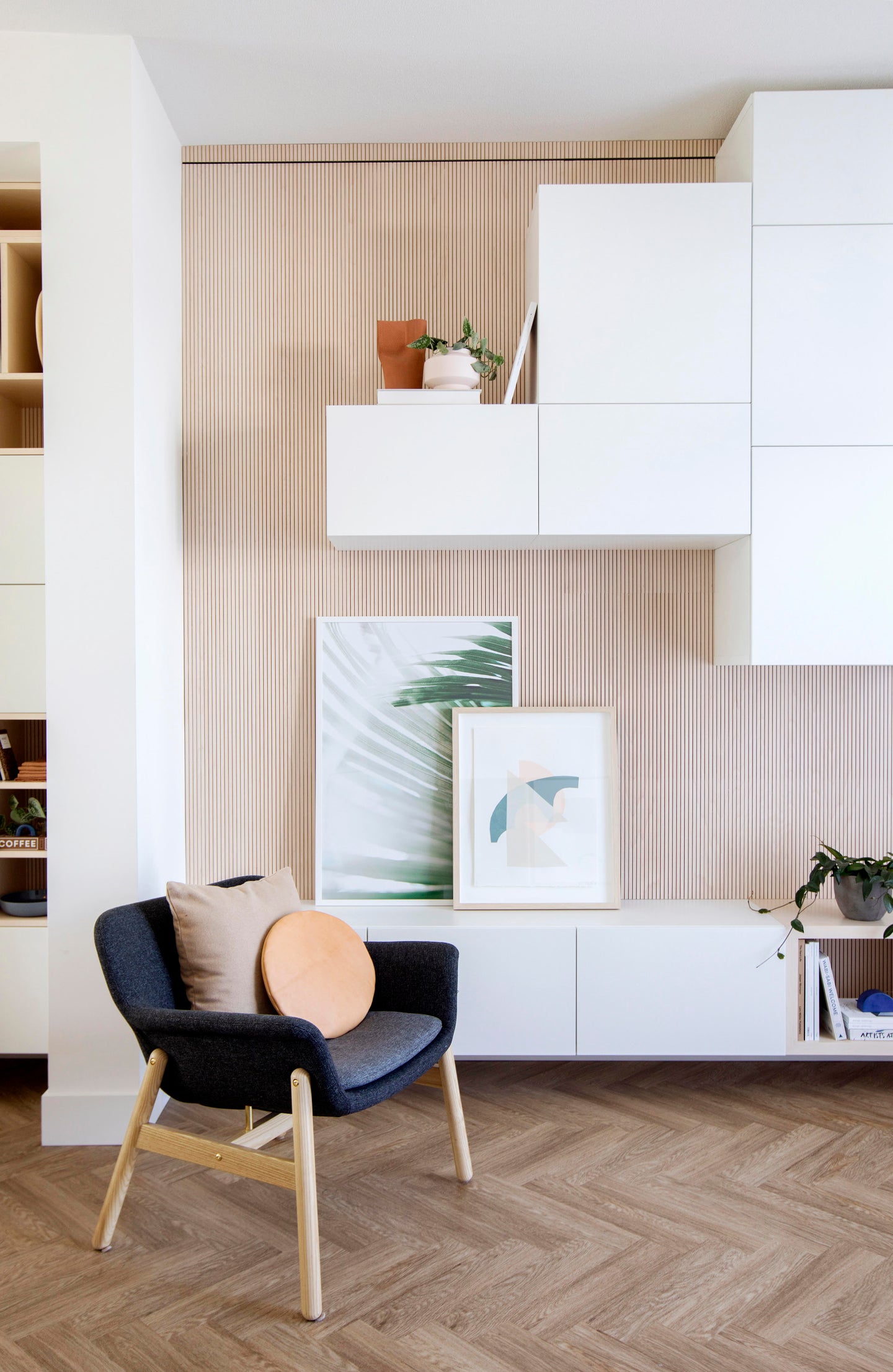 Ivar, Pax, Kallax, Billy—these are the beloved IKEA storage systems that come to mind when you want to rid your home of clutter for good. But for the frequent mover or small-space dweller, the front-runners can fall short when you realize you have no room left for a dining table or that your precious kitchen shelves weren’t designed to disassemble. When nothing seems to fit, we turn to the Swedish retailer’s secret weapon: Besta.

The piece can be expanded to function as an all-encompassing media station or mounted to the wall to serve as a floating buffet. More important, it’s easy to make it your own. To get you started, we rounded up a few of our all-time favorite hacks. From a color-blocked filing system to a minimalist book nook, these Besta DIYs are the absolute best.

As an artist, Agi Raw couldn’t resist tackling a few hands-on projects in her 580-square-foot Berlin apartment. As well as creating foam picture frames and tiling a nightstand, she added a slab of stone to fancify the IKEA Besta unit in her main living space that serves as extra seating, storage, and a spot to lean and display objets d’art.

Kelly Mindell’s colorful take hinges on the plywood frame she added to the top and sides of the unit: The wood is infinitely easier to paint than the original glossy surface. The seasoned DIYer gave the piece a vintage touch by swapping the drawer fronts with cane inserts. Psst: The fabric needs to soak in a bucket of warm water for 30 minutes so it becomes flexible.

For her daughter’s bedroom, Chelsea Foy sandwiched a Besta unit in between two bookcases to create a cozy window seat. The Lappviken doors she chose have a smooth finish that allows wood glue to grip onto them, which was key to her plan to cover them with 3/4-inch wood half-round trim.

Ashley Rose made her Besta unit look truly built in by covering the open space underneath it with a toe-kick and buying fresh doors from Norse Interiors.

Leftover marble scraps from this Brooklyn home’s kitchen renovation came in handy in the living room. Designer Crystal Sinclair had the offcuts honed and cut to size to fit on top of the Besta cabinets that line the TV wall.

Sarah Sherman Samuel’s cabinet looks like it’s sitting on the ground, but the two Besta units are actually hooked into the wall with suspension rails. Using an orbital sander, she flattened the top and bottom of four wood balls and screwed them to the bottom of the furniture so they look like proper feet. To get a flat plane on the balls, the designer recommends holding the sander as still as possible. If your floors aren’t level, sand a bit, test it out, sand a bit, test it out until it’s perfect.

Rose also wanted to give her daughter’s bedroom a more mature look while still making it easy for her to put toys away. She used the shell of the high-gloss Besta shelf as her base and upgraded the top with a panel of aspen, cut down to size and stained at her local hardware store.

Designer Laura Melling went for a custom millwork look in this family room by pairing crisp wood paneling with a configuration of mounted Besta modules. To take her wall-to-wall storage solution one step further, Melling incorporated a felt gray bench in one corner that can double as a reading nook for little ones or bonus seat for guests.

A Daybed for Days

Sarah and Wes Day of This Maine House wanted to create a space near their kitchen where they, along with their little one, could comfortably lounge post-dinner. A daybed-and-bench combination with soft closing drawers proved to be the perfect fix. The couple went outside the box with brass cabinet knobs from Schoolhouse Electric and five coats of Sherwin-Williams Inkwell paint.

A Little Side Action

Here, Samuel used her Besta storage unit as a building block for a larger credenza made from birch plywood and incorporated sleek side channels into the design for added stability. It’s easiest to build around the Besta if you assemble it upside down. For every joint, she used wood glue and a ton of screws.

Rose’s other big Besta hack comes in the form of a rainbow-infused credenza. Before assembling the doors, the blogger coated each front in spray paint, adding a clear shellac coat on top to seal the vibrant hues.

Erin Broege of The Heart and Haven used a Besta TV unit as a divider between her shiplap built-in shelving units. She swapped out the Besta’s original doors for Semihandmade’s super-matte white Shaker fronts in order to seamlessly merge the piece with the farmhouse-fresh look of the built-ins.

DIY blogger Angela Rose also opted for a natural finish with Semihandmade fronts. To complement the design of her newly completed mural, Rose chose the brand’s Cove doors by Chris Loves Julia and bone knobs from CB2. Semihandmade’s cabinet fronts come with the hinge cup hole already drilled. When you’re drilling to make pilot holes for the screws, be sure not to drill all the way through the door.

Transform the most basic Besta cabinet with a touch of texture. This project called for Norse Interiors’s white lace cabinet fronts and side panels, as well as Leg Vega ash-wood legs.

This story was originally published in August 2020. It has since been updated.