The ceramics brand our editors love.

photography by
Will Anderson
produced by
Kate Berry
By
Gabrielle Savoie 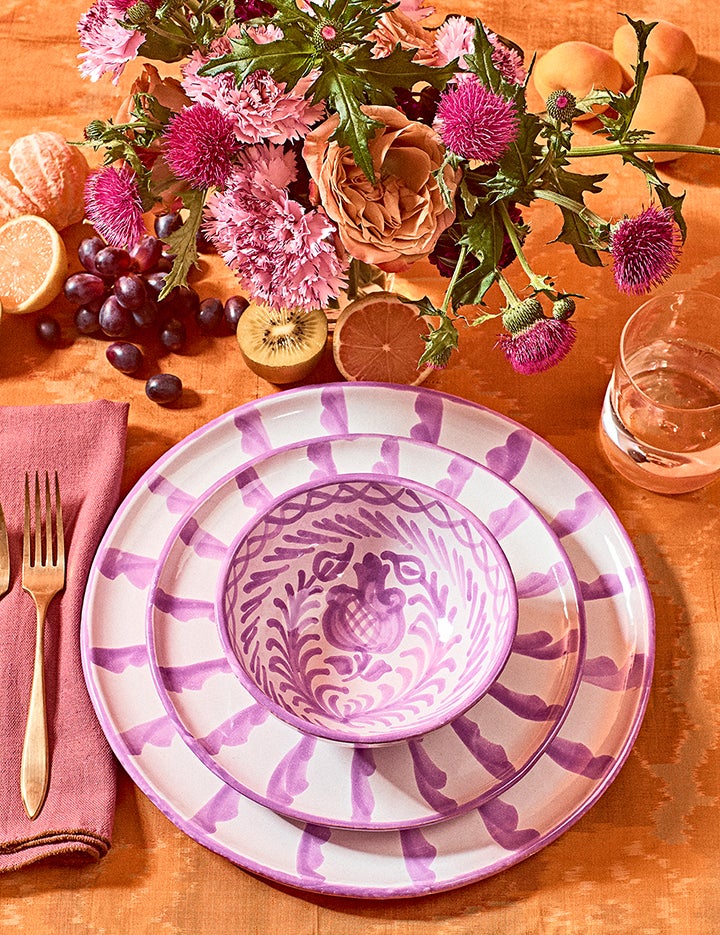 “The style had never been exported out of Europe,” says interior designer Francesca de la Fuente of the century-old hand-painted plates in ornate pomegranate and bird motifs that she grew up with in southern Spain. After a chance meeting two years ago with stylist Maria Estrada, who hails from the same area, the duo realized the ceramics were ripe for reinvention—and Pomelo was born a few months later. First, they set out to give the tableware a chromatic makeover. Only a handful of local workshops still make the pieces, and no artisan had dared stray from the original colorway of deep cobalt and crisp jade.

Now both based out of Los Angeles, the women create graphic candy cane stripes and put a whimsical spin on the classic patterns in coral, yellow, black, and white. This past spring, Pomelo even launched two exclusive new hues in collaboration with Domino, with the modern table in mind: peach and lilac. “I love seeing the plates in fresh colors that will go with whatever you already have at home,” shares de la Fuente. “It’s exciting to mix old and new.” Here, we styled them three ways.

Hit the Right Tone Sticking to a similar dinnerware palette makes the rest of the colors really come alive, too—like this bouquet of garden roses, thistle, and carnations, along with a free-flowing centerpiece of clementines, apricots, sliced kiwi, and grapes scattered down the table.

Maximalist Wonder Anything goes when you mix and match across the spectrum. Paired with a punchy red floral tablecloth and napkins edged in electric lemon, Pomelo plates pick up all the subtle hues in between—cornflower blue, minty green—adding depth to your tablescape.

In the Mood for Monochrome Sepia shades create a calming Mediterranean desert vibe, and cream gingham linens, vintage flatware, and dried grasses—which can be picked up at any crafts store—set the scene for an artfully casual meal that looks straight out of a southern Spanish still life. 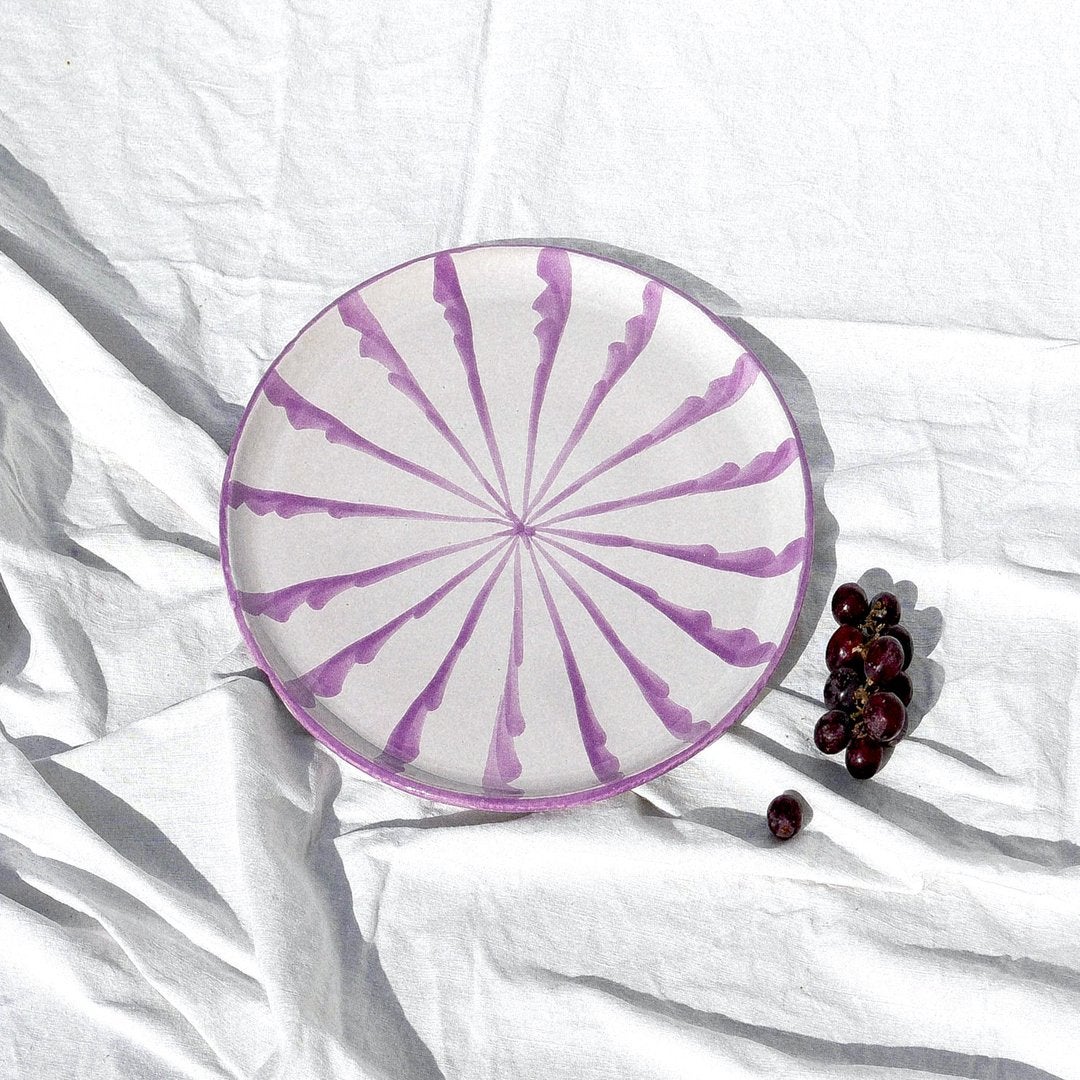 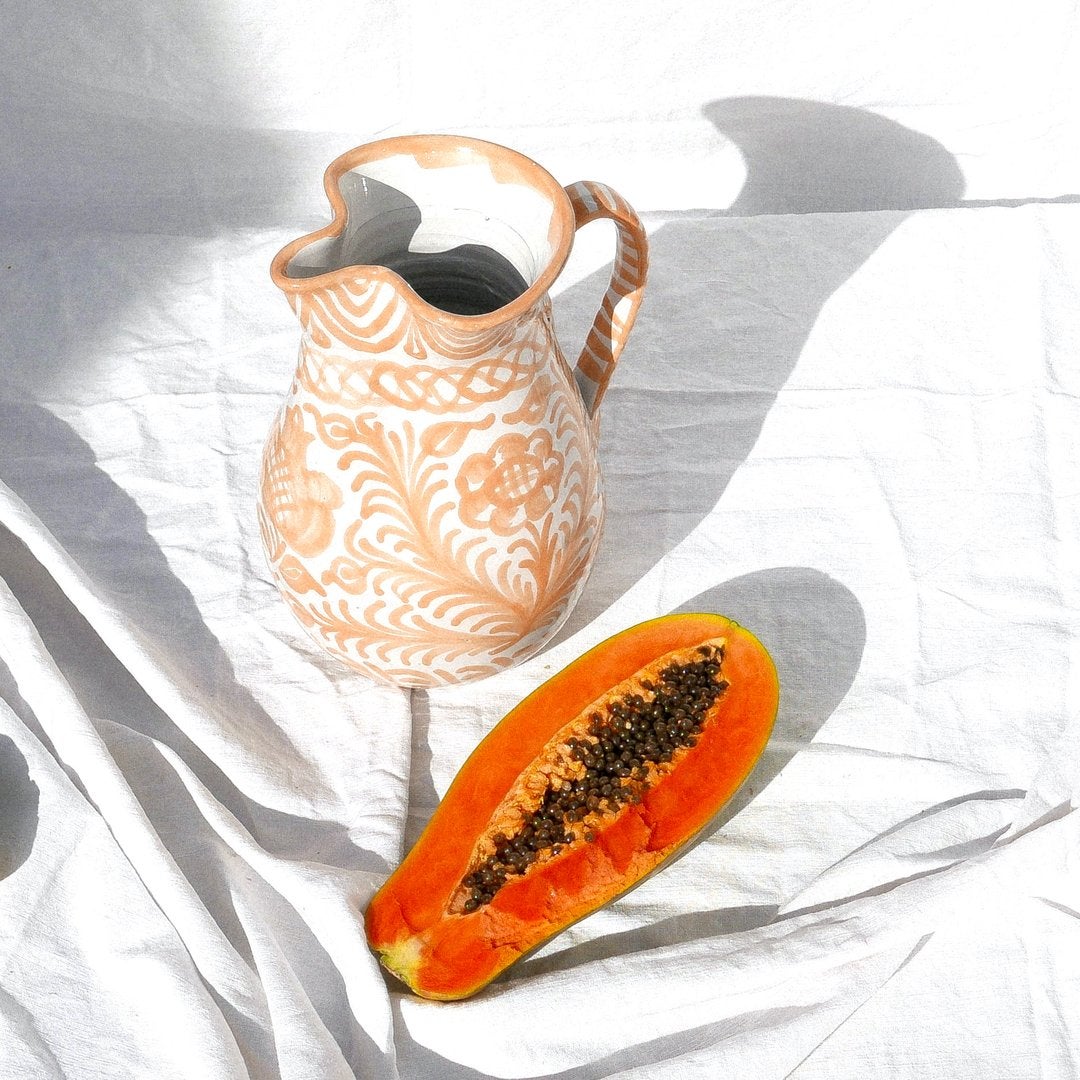 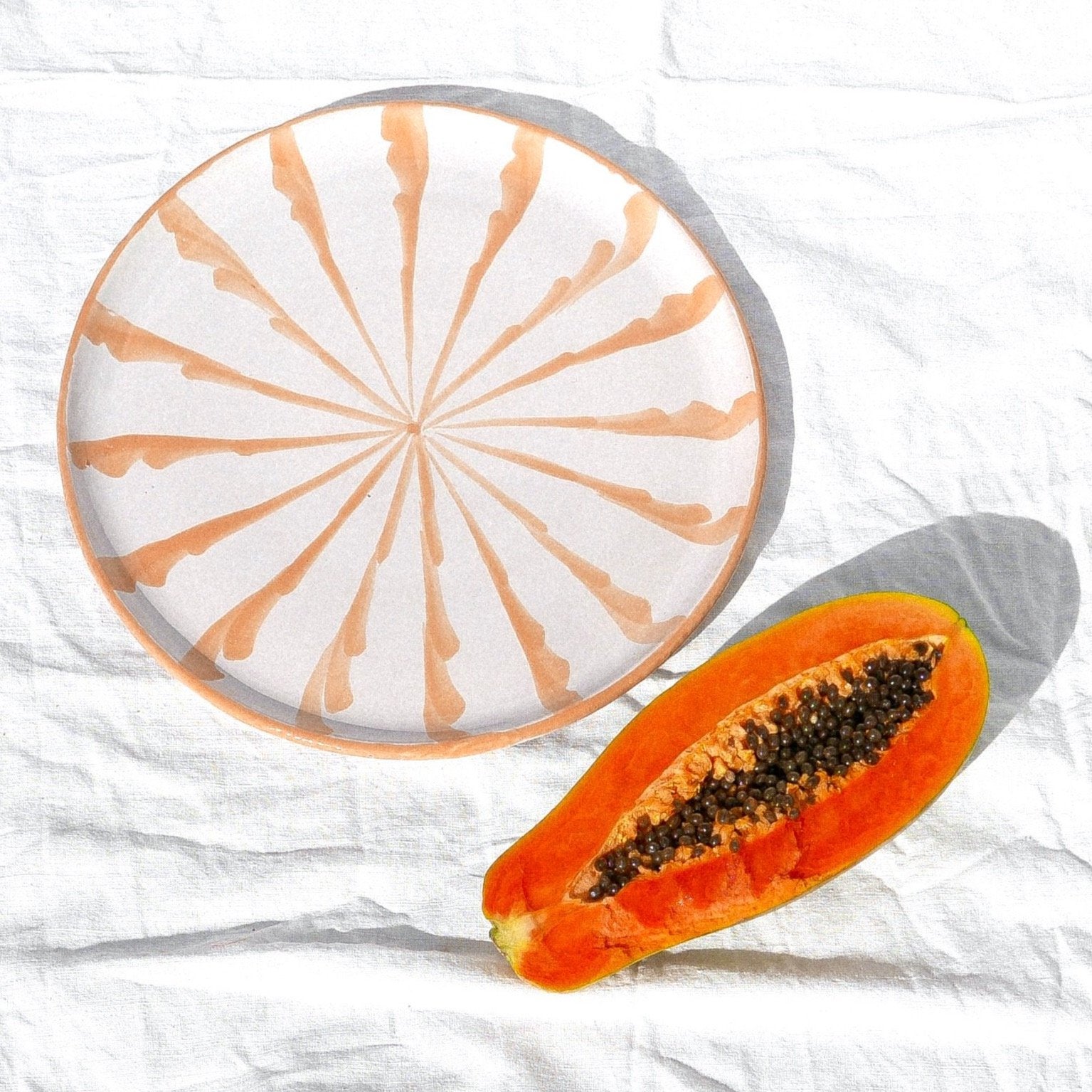 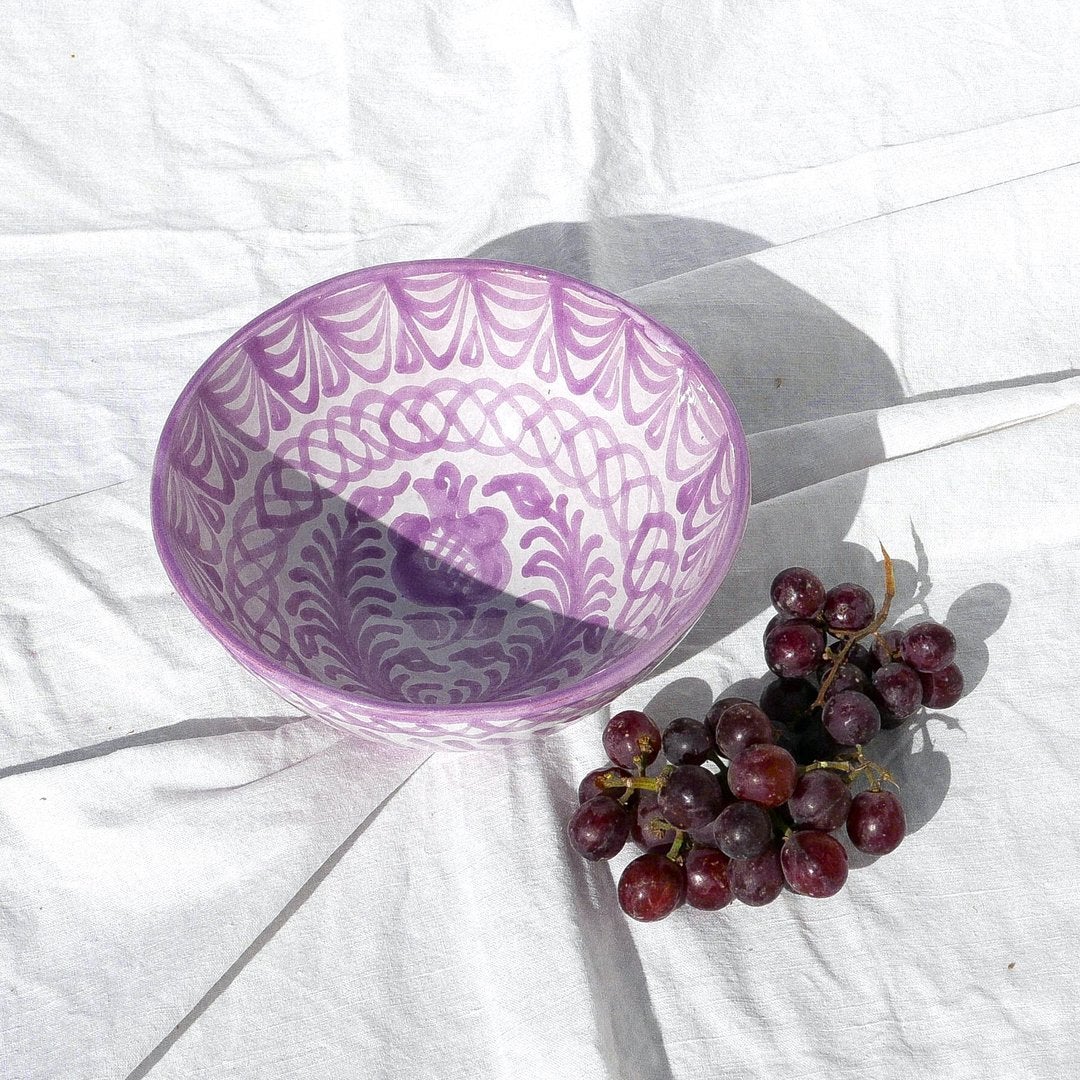 This story was originally published in February 2020 and has since been updated.