Your social life doesn’t have to fizzle out. 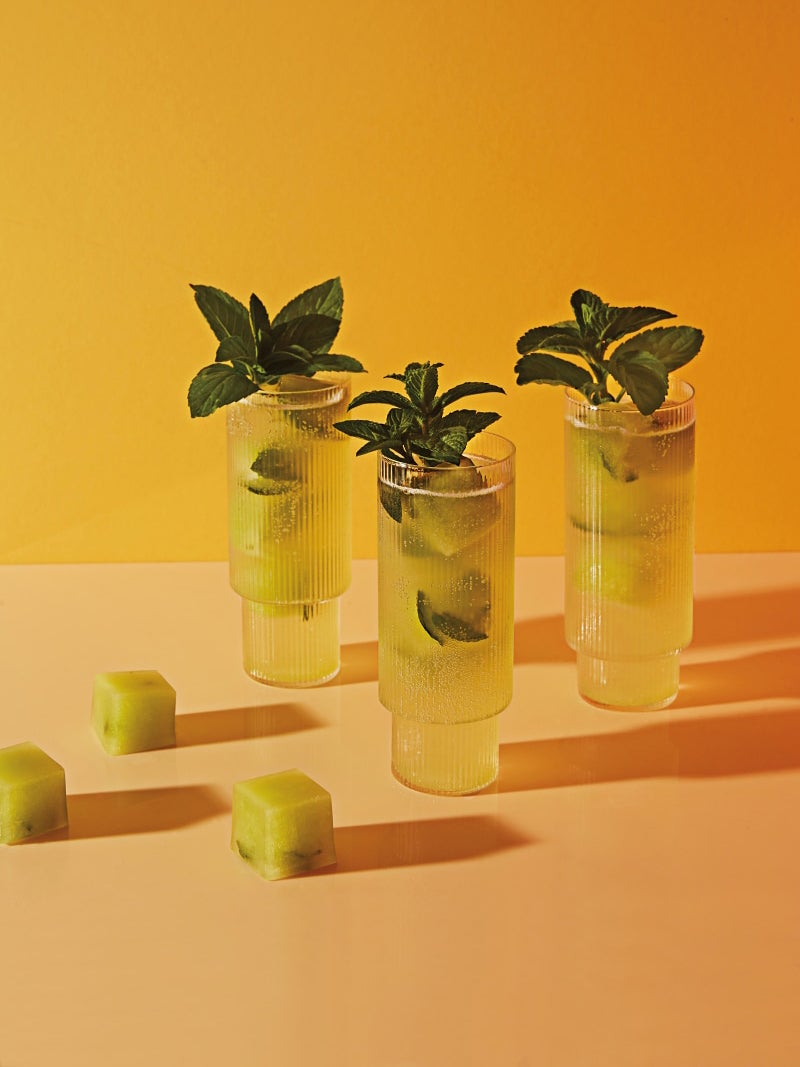 Dry January, like so many New Year’s resolutions, seems like a great idea when you’re at the tail-end of holiday cocktail season and feeling its full effects. The first few days will probably be pretty great, likely leaving you refreshed. But as the weeks tick on and the excitement of the holiday season withers away, turning down invites to grab drinks might not continue to be so easy.

Now imagine how hard it is for bartenders and sommeliers to make it through Dry January. When it’s literally your job to pour drinks, it can be extra hard to avoid pouring one for yourself. But that hasn’t stopped a number of them from taking up the challenge, especially as interest in Dry January and alcohol-free bars and drinks has risen.

Bartenders’ and sommeliers’ insights into alcohol also prove to be a boon for getting through the month creatively. Basically, they know exactly which nonalcoholic drink will satisfy your cravings, whether it be for gin, whiskey, beer, or wine, and how you can continue socializing and staying motivated throughout your booze-free month. Just follow their tips and Dry January will feel like a breeze.

If a Month Is Too Long, Try for Two Weeks

Because of the obligations of their job, some bartenders just can’t make it through an entire month without drinking. “It’s definitely tough to go the entire month of Dry January with my job,” says Elliot Clark of Apartment Bartender. Instead, he doesn’t drink at all for the first two weeks, and modifies the last two weeks to suit his needs. “I really focus on moderation and only having a drink if I’ve worked out,” he explains. “Earning my booze becomes more of a focus during the last two weeks.”

Treat Yourself to a Cool Nonalcoholic Drink

A lot of people, especially bartenders and somms, don’t just drink for the taste—they do it for the ritual. To fill the void left by wine, Carlin Karr, wine director at Frasca Food and Wine, will stock up on exciting tea blends from China and Taiwan that she knows will keep her mind and taste buds preoccupied. There are also plenty of cool, new nonalcoholic options to try, like the zero-proof aperitif Proteau.

Buy a Nice Wine or Spirit to Look Forward To

Bartenders and somms come across amazing bottles of everything all the time—on social media and at work. Instead of breaking the fast early to give them a try, they save the good stuff to celebrate after they’ve finished the month. “If something crosses my mind or I see a bottle on social media, I’ll go out of my way to get it and set it aside as something to look forward to for sure,” says Yannick Benjamin, master sommelier and cofounder of Wine on Wheels. Ditto for Karr, who says that she builds a wine reserve big enough to last her well after the month ends.

When cracking open an excellent bottle of wine with friends isn’t an option, Karr will host tea tastings instead. “Having a Chinese tea ceremony is an experience similar to drinking wine, and it can be extremely special and social,” she explains.

Embrace a Classic Seltzer and Lime

Bryan Schneider, bar director at Quality Branded, says that during January, it’s not actually as hard to go sober as a bartender as one might expect. “A lot of people in our industry started doing this, so there’s usually a fair amount of sober faces about,” he explains.

Tanya Saxena, bar manager at Amali and Calissa in the Hamptons, doesn’t find it too difficult to avoid alcohol when she meets up with friends at bars either. “When I go out with friends, I order a soda water with lime or a little grapefruit juice and truly didn’t miss the alcohol,” she explains. “It’s pretty fun to stay out late with your friends and still be up early the next day, because your friends tell you so many secrets that you actually remember when you’re the sober one!”

Be Wary of Mocktails

According to Sam Thonis, bar manager at Getaway, a nonalcoholic bar in Brooklyn, many mocktails don’t even come close to the real thing. “I used a nonalcoholic sweet vermouth, gin, and Campari substitute to make a Negroni, and it was just completely boring,” he says. “You want it to be weird and challenging, but this had no body, backbone, or bite.”

Instead, the drinks he makes lean more heavily on ingredients with similar bitter, spicy, and tangy flavors to what you find in cocktails. “We try to give a majority of our drinks a kick or bite or tartness or tanginess,” he explains. “That prevents people from chugging the drink and feeling like it’s not substantial.” He uses everything from drinking vinegars to ginger—and avoids anything too sugary. He’ll even add a dash of tobacco syrup to give cocktails a whiskey-like depth.

Saxena also has recommendations for whatever your preferred libation may be. If you’re obsessed with tequila, she swears by cream soda with agave syrup. For gin lovers, something herbaceous like iced herbal tea or a cucumber lime soda is the best move. Along with tobacco syrup, black tea is a good way to impart a whiskey-like flavor to a drink. Fresh squeezed juice is the best substitute for a rum drink, and kombucha or ginger beer will give you the bubbly refreshment you’re craving.