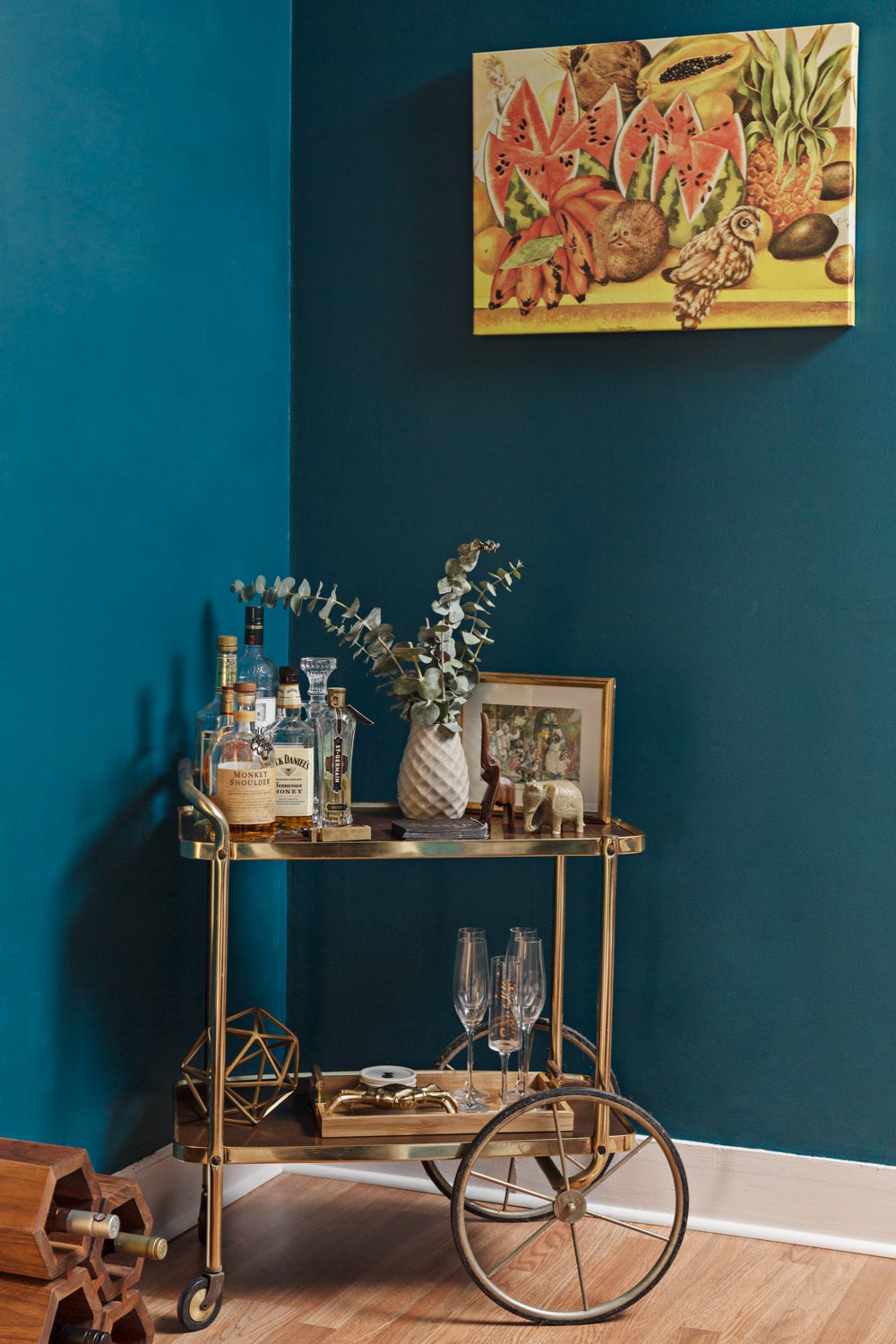 On January 1, I was sprawled out on my bed with a splitting headache. It was the last night in my hometown of Mumbai, India, after a week of vacation, and I had, unfortunately, had a bit too much to drink the night before. “I’m not going to drink for all of January!” I declared to my sister and dad.

As it goes when most 20-somethings make this statement, they didn’t believe me. I figured it would get easier as time went on, and after all, it was winter… where was I really going to go? It ‘s not like my drinking habits are terrible: I enjoy a glass (or, okay, sometimes three glasses) of wine at dinner on the weekend, drinks at mid-week catch-ups with friends, and a cocktail at brunch. It was more so a test of my willpower.

Benefits associated with living a booze-free lifestyle are well-documented. Studies have shown that abstaining from alcohol for even five weeks can reduce liver damage, as consuming too much can have a dehydrating effect. Alcohol can also contribute to anxiety and weight gain, resulting in a vicious cycle.

“I think most people, myself included, don’t realize—or don’t want to realize—alcohol’s effects until they cut it out,” explains Lauren Slayton, registered dietitian and founder of Foodtrainers, an NYC-based nutrition service. “You sleep better, you wake up clear-headed… and you notice these effects even if you’re a moderate (less than seven drinks a week) drinker. We do a one-week jumpstart program sans booze at Foodtrainers, and people report mood improvement, increased productivity, and less PMS.”

If that can happen in just a week, imagine what a month would look like? So, I began my journey to discover exactly what Dry January would mean for me—and I have to say, I learned a whole lot about myself in the process.

It gets harder the longer you abstain from alcohol

My first week was incredibly easy. I was on a high, feeling pure and determined, and I wanted to prove I had the willpower to carry on. But then, life happened: I had fights with my boyfriend, a friend upset me, I had a stressful day at work… whatever the case, I wanted a drink to feel better. My ritual of ordering a glass of wine at a lovely restaurant or a mimosa at brunch was also hard to give up when I saw people around me imbibing.

You realize which cravings and habits are tied to booze

Slayton explains, “A lot of drinking is ritualistic. Try kombucha or green juice in a wine or martini glass when you get home from work, or bitters and soda when you’re out to eat. Sometimes, it’s more about partaking than it really is imbibing.” While other times (at least for me) it was more about flavors than the actual booze.

It’s relatively easy to pretend you’re drinking an alcoholic drink, even when you aren’t

Despite my belief that I would have absolutely no plans—and therefore not drinking in January would turn out to be a breeze—I was actually invited to a different event practically every weekend. One was an open bar, while another was a birthday party. I really felt strange ordering a soda while everyone around me was enjoying glasses of wine or cocktails. But when people asked me what I was drinking, I would just say I was drinking a vodka soda, so I wouldn’t have to answer too many questions.

However, telling people you’re not drinking is harder

At the open bar event, someone else wanted to order a drink for me—and so, I had no choice but to admit the fact that I wasn’t drinking that month. It was the first time I was admitting it to someone in a social setting, and I got so many questions, I felt as if I was doing something wrong. It made me wonder why our society revolves so many activities around drinking and showed me how out of place you can feel if you don’t take part.

Aside from the odd pimple or two, my skin really took to Dry January in a way I didn’t expect. Despite it being the dead of winter, my skin was never dry or flakey, and it seemed smooth and supple.

Get ready to get in touch with your feelings

Alcohol is often considered a numbing agent, with people relying on it to help calm them down—even though it’s actually been known to have the opposite effect. I was amazed, however, at how often I reached for alcohol when I was feeling a certain way—happy, stressed, anxious, or even sad. I realized that for me, alcohol was a way to tune out how I was processing my emotions—and so, I often didn’t process them at all. But the month without booze made me really think about what I was feeling and why, leading to a few revelations I wasn’t prepared for.

You sleep so well

As someone who struggles to fall asleep every night (blame my night-time exercise habits and obsession with my cell phone), I was amazed how cutting alcohol made me feel. I was exhausted by the end of the day, but instead of reaching for some wine during those moments, I tried tea instead. Maybe the lavender in the drink helped calm me down, but I slept like a baby most nights.

You don’t actually lose that much weight

I didn’t drink too much to begin with, so cutting out a few drinks a week didn’t really have as much of an impact on my waistline as I thought. While I did lose a few pounds, I chalked most of that up to eating healthier and working out more than I had on vacation, and not so much to my alcohol consumption.

So, my final verdict? If you want a quick weight loss tactic, Dry January isn’t for you. But if you want to re-evaluate how you use alcohol, improve your skin, and find some peace of mind, it’s a wonderful exercise in restraint that will seriously teach you things about yourself you never realized you wanted to know.

See more tips on going booze-free: Non-Alcoholic Cocktails to Get You Through Dry January Booze-Free Cocktails for a Guilt-Free Night The Wildly Refreshing Mocktails We’re Making This Weekend