The Best (Affordable!) Wines for Thanksgiving

Wine is as essential as turkey on the Thanksgiving table, and you can get a great bottle for as little as $15. 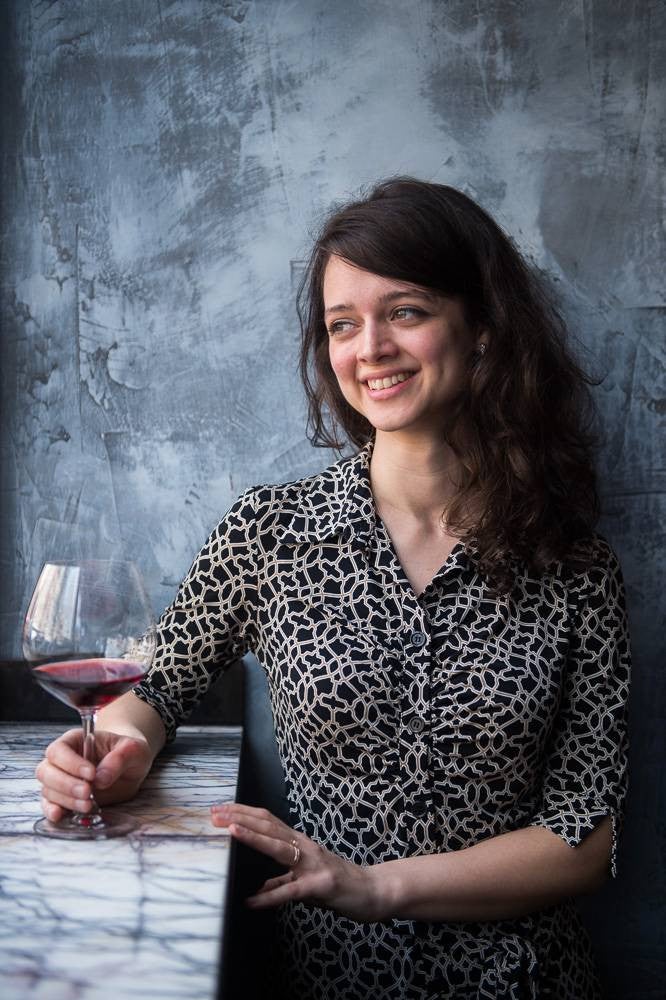 There’s no great mystery as to what to serve on Thanksgiving Day. Every year the usual suspects fill up tables across America—from turkey to gravy to stuffing to mashed potatoes to the strange casserole your aunt always makes even though no one eats it. While planning the menu is easy, knowing what wines to serve isn’t as straightforward. So we went to Kimberly Prokoshyn, the award-winning sommelier at New York’s Rebelle, to get some wine recommendations for pre-dinner drinks, reds and whites to have with the meal, and even wines that pair well with pie.

Regardless which wines you select, Prokoshyn has some advice for how you should approach wine and Thanksgiving. First, realize you’re serving a crowd with a diverse set of tastes, so this isn’t a time to get overly experimental.

“I wouldn’t pick anything too weird or off-putting for a big group of people,” Prokoshyn says. “And nothing too light or too heavy.” You’re also looking for wines that work with a rich meal, the slightly gamey turkey, and classic Thanksgiving herbs thyme, rosemary and sage. For whites, look for something with medium body that can hold up to the richness of gravy, buttery potatoes and stuffing. And when it comes to reds, don’t anything that’s too high in tannins (like Cabernet Sauvignon) because it won’t play well with the turkey.

Get the Party Started

“Bubbles are always a great way to start a meal,” Prokoshyn says. “It gets you ready to eat.” She suggests an American bubbly from the Southwest: Gruet. Now, when you think sparkling wine, you probably don’t think New Mexico. But in 1984, the Gruet family from Champagne, France started a winery stateside, making wine as they did back home. Gruet’s Brut is bright and crisp, with green apple and floral notes. “Gruet is consistent and reliable. If you’re having some cheese as people arrive, the creaminess of brie goes well with the bubbles and the salty sharpness of cheddar pairs nicely with the wine’s mineral notes.”

Ok, so this is cheating a little bit, because it’s not wine, but Prokoshyn also likes to serve cider as guests gather: “It gives you that fall feeling right when you arrive. Eve’s cider is savory and nutty with some spice that makes me think of fall.” It’ll pair well with cheddar and has an advantage over choosing wine, which is that it’s “a little lower in alcohol, so it won’t set you up for doom for the rest of the meal.”

Thankful for the French

Chardonnay pairs well with turkey, stuffing, gravy and potatoes because it has enough acidity to contrast with the food, but it also has enough body so the herbs and fat in the meal don’t overpower it. But not everyone is a fan of oaky, American-style chardonnay, which is why you should look to France. “Burgundy wine tends to be brighter, the acidity is more profound, and oak is less prevalent. It has more of a mineral character and the flavors of green apple meets citrus instead of buttery notes you get with California.” Prokoshyn selects Thomas Morey’s Bourgogne that’s made of 100 percent chardonnay grapes because it’s “a perfect mixture of herbaceousness and fruitiness. You’ll taste baked apple and then lemon curd on the finish. This is what I had with my Thanksgiving last year.”

If you like Chardonnay that’s more in the American style with a little more oak and richness, look to the legendary Southern California winemaker Au Bon Climat. “This chardonnay, compared to French versions, is a little bit more toasty and has a buttery creaminess that is a perfect mirror of all the things being served on Thanksgiving.”

A Light Red That’s Not Pinot

For a lighter red wine on your table, look for a gamay. “It has spicy and herbal character that runs parallel with the spice used with Thanksgiving fare, and the acid helps cut through the richness and fattiness,” says Prokoshyn. Like pinot noir, gamay has low tannins and won’t overpower white meat turkey. Prokoshyn enjoys gamay from the French region of Beaujolais, and she picks this bottle because it’s “bright, fresh and reminds me of cranberry jelly in how it’s bitter and fruity at the same time.”

Prokoshyn is a big fan of how Chinon (cabernet franc from the Loire Valley in France) expresses the season. “To me, it’s like fall in a glass. Chinon smells like crunchy leaves when you walk around in the autumn.” As for Thanksgiving specifically, cab franc is great for the person who grabs for the drumstick. “This varietal has a spicy and peppery character as well as some tannin, but not an overwhelming amount to it. It’s a wine that can hold up to the gameyness of dark meat and will run parallel to the herbs and spices of the side dishes.”

Rare Wine Company Boston Bual Madeira, $49.99 Madeira is a fortified wine from Portugal that’s warmed in the barrels as it ages. It’s rich and dense with higher alcohol content than regular wine. “This goes great with pumpkin and pecan pies because it has cloves, cinnamon, allspice, toasted caramel, a bit of maple syrup and caramelized sugar, toffee and molasses,” says Prokoshyn. And while the price tag is a little hefty on this bottle, since it’s fortified it will store for a long time even after its opened, meaning you don’t have to finish it all that night.

American With an Italian Accent

If you prefer apple pie at the end of your Thanksgiving meal, Prokoshyn recommends this unique dessert wine from California. Andrew Quady started his winery in 1980 by a harvesting a grape from Italy: orange muscat. He created this lightly fortified, full-bodied wine that has notes of apricot, orange and pear. “This sweet, fortified wine is fruitier than madeira and it has a floral, spicy character that works nicely with apple pie.”