How to Spruce Up Your Store-Bought Thanksgiving Dishes

No one will know the difference. 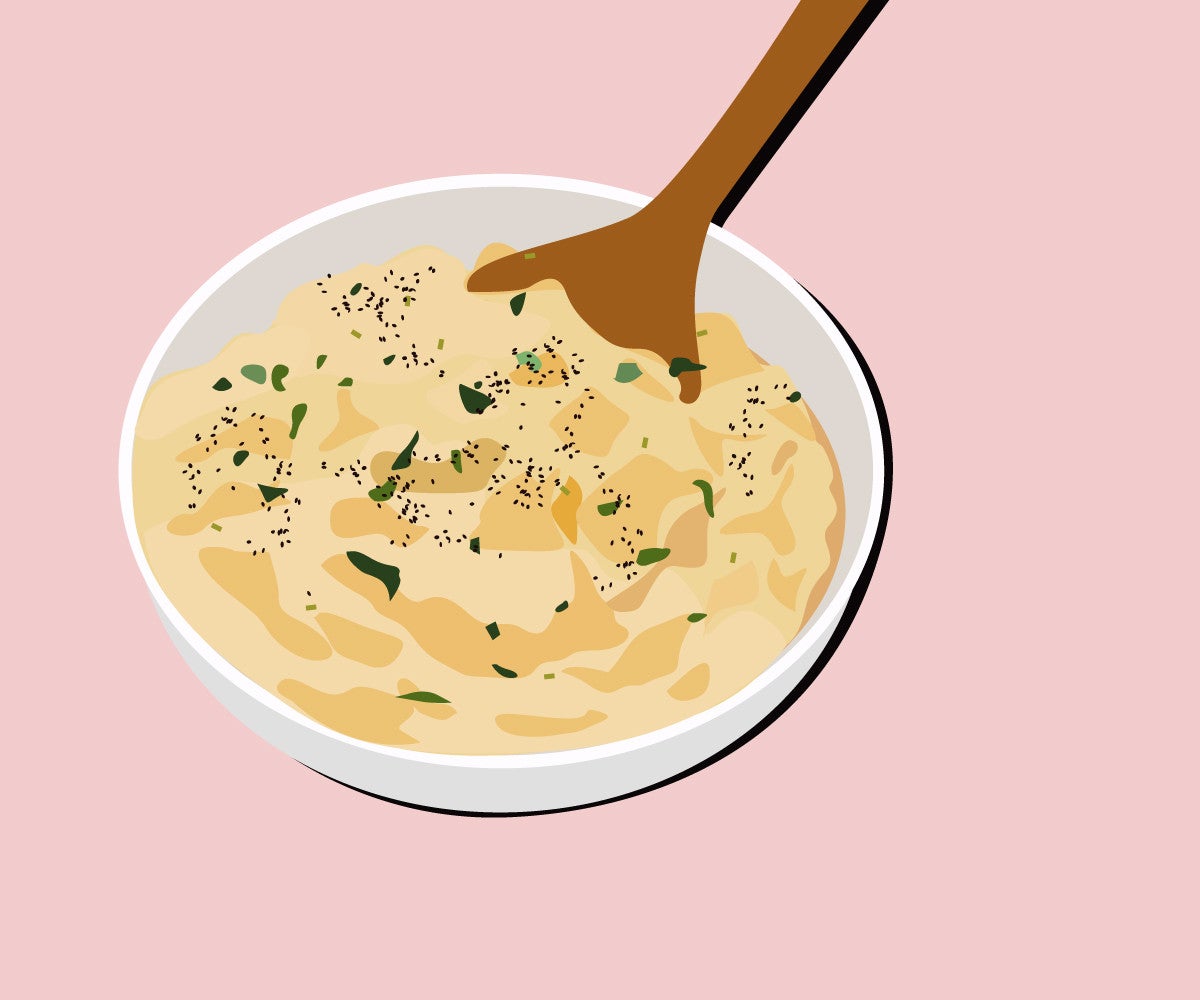 From one time-strapped hostess to another, we know you’re busy with Thanksgiving preparations. And as much as we love the idea of whipping up a holiday feast from scratch, sometimes, limitations on time—and perhaps even kitchen space and culinary prowess—preclude us from doing so. But that doesn’t mean you can’t put out a gourmet meal for friends and family.

There are tons of ways to dress up store-bought dishes—and yes, we mean both sides and mains—in order to make them tasty and impressive. For example, doctoring up pre-made mashed potatoes is as easy as adding cheese and chives. A splash of fresh lemon juice and zest enlivens canned cranberry sauce, and turkey just needs some butter and herbs to go from humdrum to super delicious.

Your guests will never know that you didn’t toil in the kitchen all day—and we certainly aren’t going to be the ones to tell them. Read on for our favorite secrets.

Get the recipe on The Blind Cook.

Try this shortcut to posh up canned sweet potatoes. Use butter, maple syrup, brown sugar, and cinnamon, and everyone will believe you when you mention it’s a time-honored family recipe. Prefer roasted spuds? Coat them with olive oil, salt, pepper, and herbs, and then pop ‘em in the oven until crispy.

Get the recipe on Taste of Home.

Turkey is undeniably the star of your Thanksgiving spread, but roasting it can take hours upon hours. Save some time by purchasing a grocery store-catered bird. Before serving, tent it with foil and warm it up in a 300-degree oven. Once the internal temperature hits 160 degrees, remove the foil, brush it with herb butter, and cook it on 375 degrees for 15 minutes. Another option? Purchase a frozen turkey.

Get the recipe on William Sonoma.

Whether you pick up a pack of Pepperidge Farm or Rhodes, the easiest way to make store-bought rolls taste freshly baked is by brushing them with melted butter. Then, give them a generous sprinkle of coarse sea salt or fresh herbs—rosemary, thyme, and sage—before warming.

Get the recipe on The Kitchn.

To perk up canned cranberry sauce, stir in the juice and zest of one lemon, along with a generous pinch of cinnamon, ginger, and nutmeg. Craving some heat? Spice it up with chopped Serrano chiles.

Get the recipe on Wandering Spice.

Making a jar of gravy taste homemade is as simple as stirring in some garlic, olive oil, salt, and pepper. If you have a few more minutes, go old-school with pan drippings (from your bird), fresh herbs, and a splash of sherry vinegar.

Get the recipe on She Knows.

For the most luscious spuds you’ve ever tasted, combine chicken broth, butter, heavy whipping cream, and potato flakes. Another way to take pre-made mash to the next level is by adding roasted garlic and parmesan. Cheddar cheese and chives are also a classic combination—and bacon just makes everything taste better.

Get the recipe on Genius Kitchen.

For more stories like this, sign up here for your daily dose of Domino.
Go to mobile version