A 1920s Tudor Reno in Waco, Texas, That Traded Shiplap for Bold Paint 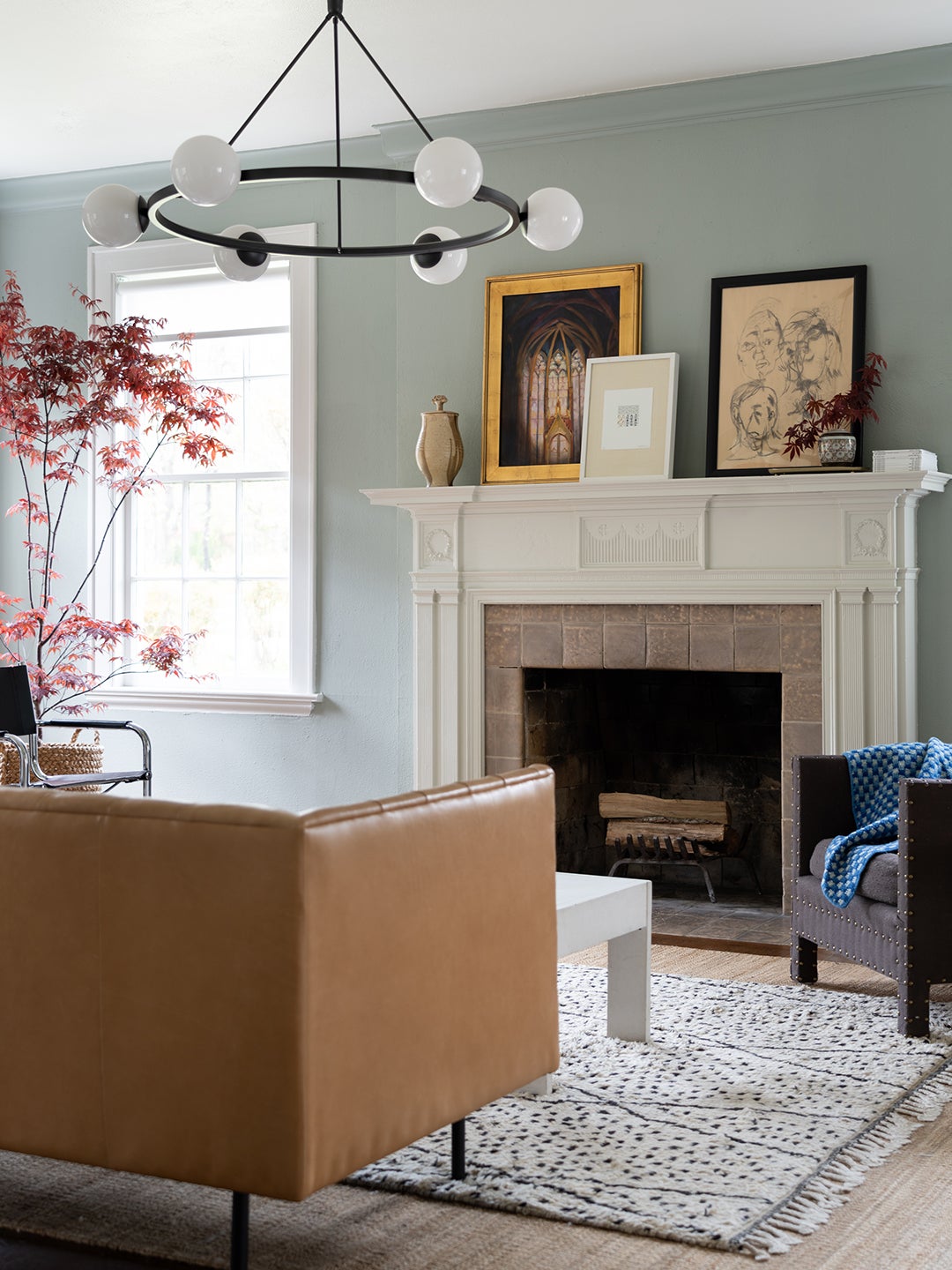 Hilary Walker might be the creative director of photography and styling at Magnolia, but you won’t find her home covered in shiplap. When Walker and her music-composer husband, David, set out to make over their 1922 Tudor house earlier this year, the first-time renovators departed from the modern farmhouse look that has become a mainstay in Waco, Texas. Instead they opted for saturated paint colors, airy lighting, and patterned tile. “I love the problem-solving of taking an existing space and retrofitting it to a different life,” says Walker on why they bought a place that needed some TLC over a new build. “Squeaky stairs and uneven floors are charming to me.”

The not-so-alluring parts? Installing an HVAC system (the house didn’t have central air), rewiring all the electrical (the old knob-and-tube wiring wasn’t safe), and removing the carpeting in about one-third of the rooms. All three of these functional upgrades came in at the top of the couple’s budget, so when they could tackle a DIY to save money (like priming the office walls for wallpaper), they did. In addition to capturing the transformation for the First Time Fixer series on Magnolia Network (the episode dropped on Discovery+ this fall), Walker talked to Domino about the good and the gritty of their renovation process.

One of the reasons Walker and her husband felt good about buying the fixer-upper was that they could tell there were hardwood floors underneath the dingy carpeting when they toured the property. “You have to be strategic because, obviously, you don’t want to damage the house if you’re not going to buy it,” she notes. So they searched for small spots where the carpet was worn and peeling so they could peek underneath it and confirm there were planks.

The pair refinished all the floors in the house except in the kitchen, where there was laminate that needed ripping up. “It just seemed like a logical choice to put a pattern on the floor in there,” says Walker. Not wanting to skew too trendy with a straightforward black and white checkerboard design, she bought a geometric pattern that had hits of coffee tones in it. “The first time I laid it out, it had an Escher-esque, optical illusion look to it,” she recalls. Walker simply changed the orientation to make a less-dizzying, pinwheel-like pattern instead.

Go Old-School With the Back Door

The couple decided to open up an adjacent wall in the kitchen that previously led to a breakfast nook and turn the galley room into an L-shaped layout. Then they brought in all new cabinets and black quartz countertops. Visibility was another must-have (if their kids, Gabriel and Ada, were playing in the backyard, they wanted to be able to see them). Walker swapped out the solid back door for an original one with see-through glass panes that they stumbled across in the attic. Bonus: It flooded the room with natural light.

Any kid’s dream is to have a secret hideaway to call their own, and 6-year-old Gabriel already had one built into his bedroom, complete with an integrated vanity-slash-desk. “It’s a little retreat for him,” says Walker, who brightened the space up with white paint. It’s the perfect place for him to set up his Legos without worrying about his 2-year-old sister knocking them over.

Find Your Palette in the Changing Seasons…

Walker knew she could get away with dark walls in the dining room. “It’s not where we spend the majority of our time,” she says. The question was, what color? She narrowed her selection down to a rich terracotta-brown tone by looking to Nashville (her hometown) for inspiration. “I based the color off the changing leaves in the fall,” she says. Want to know how to thoughtfully bring your dining room to life like the pro? Walker has three Fundamentals of Styling courses for Magnolia Workshops in which she dives into the basics of putting a room together.

…Or the Weather Forecast

In the bedroom Walker went with a dark blue-green color that has a placebo effect during the hot Texas months. “I’m always thinking about how we can cool things down,” she says. It might not alter the thermostat, but the visual result can trick you into thinking it’s not 100-plus degrees outside.