Goodbye to the ’80s paneling and carpet. 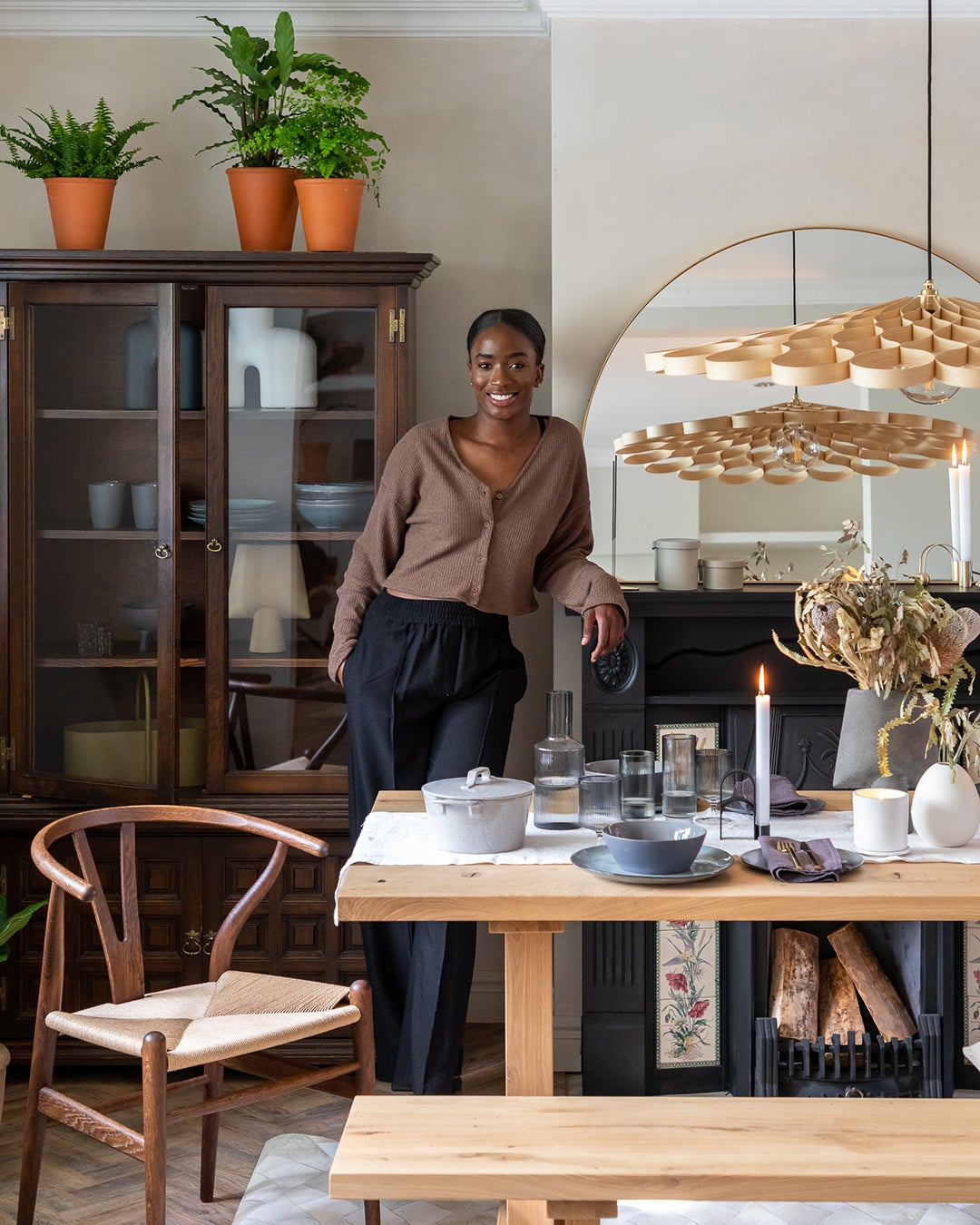 Liv Madeline didn’t speak the first time she toured what is now her and her partner Rob’s two-level, two-bedroom property in Edgware, London. “It was horrible. It was as if we stepped in a time machine and went back to the 1980s,” she recalls. The space had previously been run by the government as public housing, so it hadn’t seen any sort of update in a few decades. And yet, once she found the words, the pair decided to buy it. “We were not prepared for what was to come,” she adds. “I’d never done any sort of DIY other than painting my bedroom.”

Time had clearly stood still in the dining room, where blue-gray carpeting spanned the floors and dark wood paneling covered all the walls surrounding the stone fireplace. Stripping back these dated features so they could effectively start with a blank canvas was a natural move. “We got a much bigger space,” notes Liv. A bonus discovery? An arched alcove, hidden within the wall.

Don’t Let Brick Fatigue Get You Down

After stripping away the old plasterwork (it was damaged and unsalvageable), the couple was left with a full-on brick room. They were staring at the beige blocks for so long during the demolition that they were almost tempted to cover up 100 percent of the surface with new plaster, but that changed when they discovered the little architectural detail hiding behind the old storage niche. “Rob was like, let’s at least leave the brick around the arch. I mean, I was so sick of it, but now we love the little decision,” says Liv. After much YouTube tutorial watching, she decided to apply a limewash finish to one of the walls using a product from Bauwerk in the color bone to give the room some old-world texture (it took four coats total). “I kind of winged it and just hoped for the best,” she says.

Get the Floor Right, No Matter the Inconvenience

“Trust us to go with the most complicated flooring out there,” says Liv, laughing. The pair chose a parquet-style flooring, but the material they wanted was super-thin tiles, not wood boards, which meant their subfloor had to be completely flat. Before they got around to the installation, a carpenter friend told them the bad news: “He said we’d probably need to remove all the floorboards and start over,” recalls Liv. By then the walls had been painted, and while the idea of getting their hard work dusty again from construction was unappealing, she knew they had to start from scratch—leveling the subflooring and putting plywood and soundproofing chipboard on top of it, before laying the tile themselves. “I had already received all the flooring at that point,” she says. There was no other option.

While the fireplace in the couple’s living room is totally faux, the one in the dining area has a working chimney and was all clear, coding-wise, to use. Liv scoured Facebook Marketplace and found a modern mantel for around 80 pounds ($110) and painted the plain wood black, letting the first coat dry for 24 hours before applying the second. “You didn’t even notice the floral tiles before,” she says of making the detail pop.

With the exception of the antique cabinet, Liv worked with Heal’s Furniture to decorate the revamped dining area, which includes the sculptural, steam-bent wood pendant light. Fortunately, the couple has an apartment down the road where they continue to live now as they complete the full gut renovation of the home (they still don’t have a proper kitchen or bathroom). But on days when they have friends over, they’ll walk over to their new dining room to host. “It’s great when you just want a change of environment,” says Liv. Little do their guests know what the cozy space looked like before.