Texture does the trick. 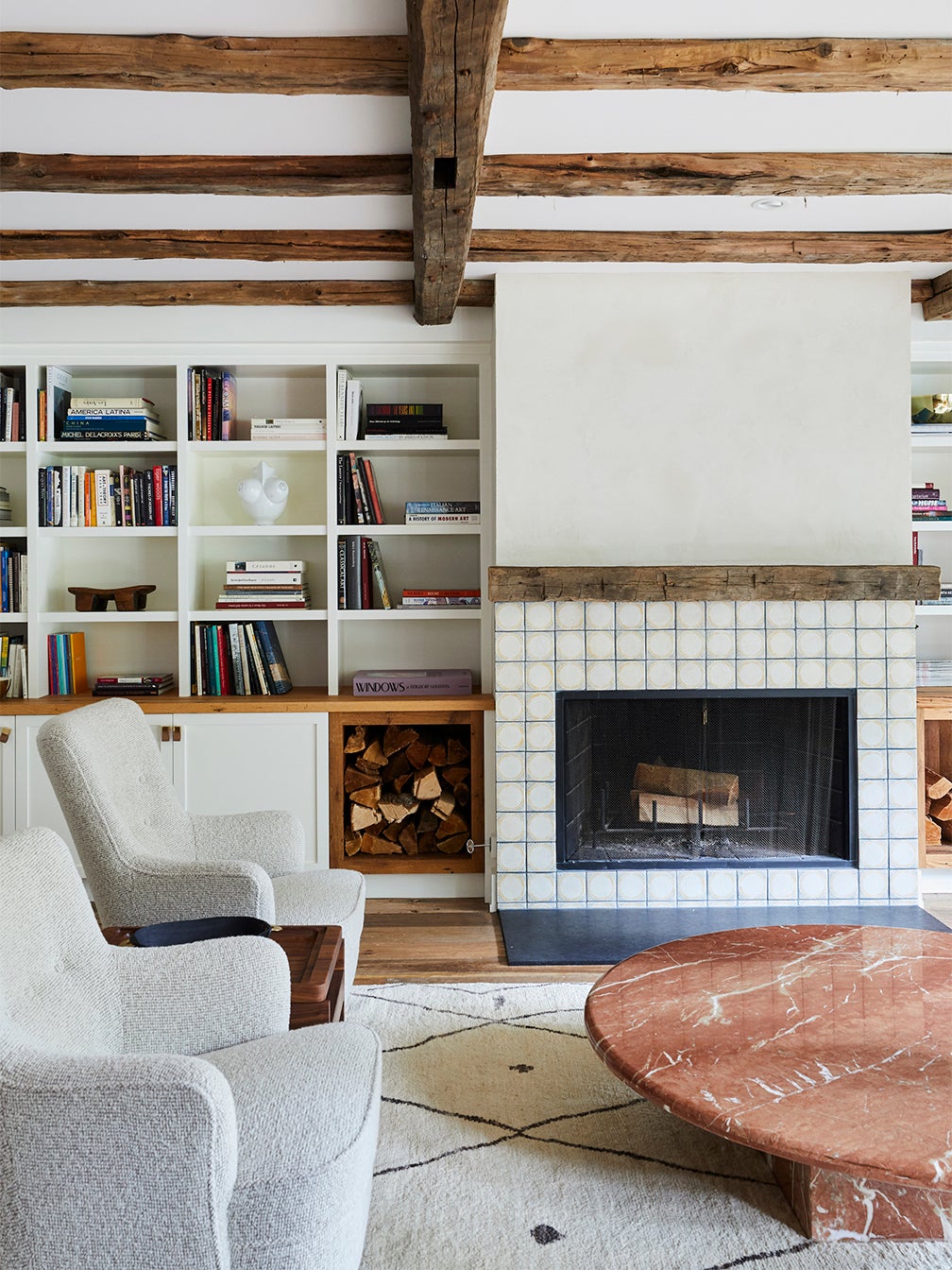 One person’s trash is another’s treasure, or at least that was the case when Shaunna Prissert learned about an old barn in upstate New York that had been completely taken apart. Prissert, who had recently moved from Manhattan to Weston, Connecticut, with her husband and their two young daughters, was in the middle of a renovation, led by interior designer Jennifer Bunsa, and was on the hunt for beams. When she got the call from a wood supplier that her builder, S&W Construction, had recommended, she immediately went to scoop them up. “People are often not so lucky as to get all of them from the same place,” says Prissert.

A number of the slabs she hand-selected from the lot that day are now on display in the family room—a space that, when they moved in, lacked the soul one would expect from a structure built in the 1790s. “The style was a bit country and we wanted to clean it up,” explains Bunsa. She tackled the majority of the project remotely from her home in Miami, so she depended on Prissert for these deep dives. “We were on the phone all the time and doing Zoom conference calls back before they were a thing,” says Bunsa. Accentuating the ceiling was just the first step. Here, the designer reveals how they brought back the space’s old-world charm.

The ceiling height in the family room is just as it was in the 1700s: low. Bunsa’s initial plan was to raise it, but when she realized they couldn’t structurally achieve that, the barn beams came into play. “We needed something with texture that turned it into a feature element; something that made it feel less oppressive,” she explains.

Prissert liked that the ones she sourced from the wood supplier in New York looked as though they could have come from Europe (a plus given they were installing reclaimed French oak floors throughout the house).

Bunsa carried the shiplap that runs throughout the home into this space, but only applied it in a wainscoting fashion so the family could still hang up artwork. The detailing plays another important role: “Having a horizontal line low to the ground creates the illusion that the ceiling is actually higher,” says the designer. She also replaced the windows and added pinch-pleat drapery around the frames. “I always try to stack the fabric outside the casing—that way natural light isn’t blocked from coming in when they’re open,” she notes.

Working around the existing stone hearth, Bunsa refreshed the sad gray fireplace with hand-painted tile (technically a splurge, but a little goes a long way), a weathered wood mantel, and plaster. “Whether or not to mount the TV up there was a big discussion,” recalls the designer. But she made a convincing argument to her clients: Putting the big black box front and center would diminish the serenity of the wall finish. So they found a compromise and tucked it into the bookcase, situating the whole thing on an arm so it can be adjusted when needed.

While it might not look like it, the bookcase was in rough shape, so the designer started from scratch and ditched the ornate molding for clean lines and ample storage. When coming up with the new design, she prioritized even shelving gaps, warm details like leather cabinet pulls, and designated cubbyholes for firewood. Whether the sun is shining or snow is falling, this is right where you want to be.