Even the insulation is eco-friendly. 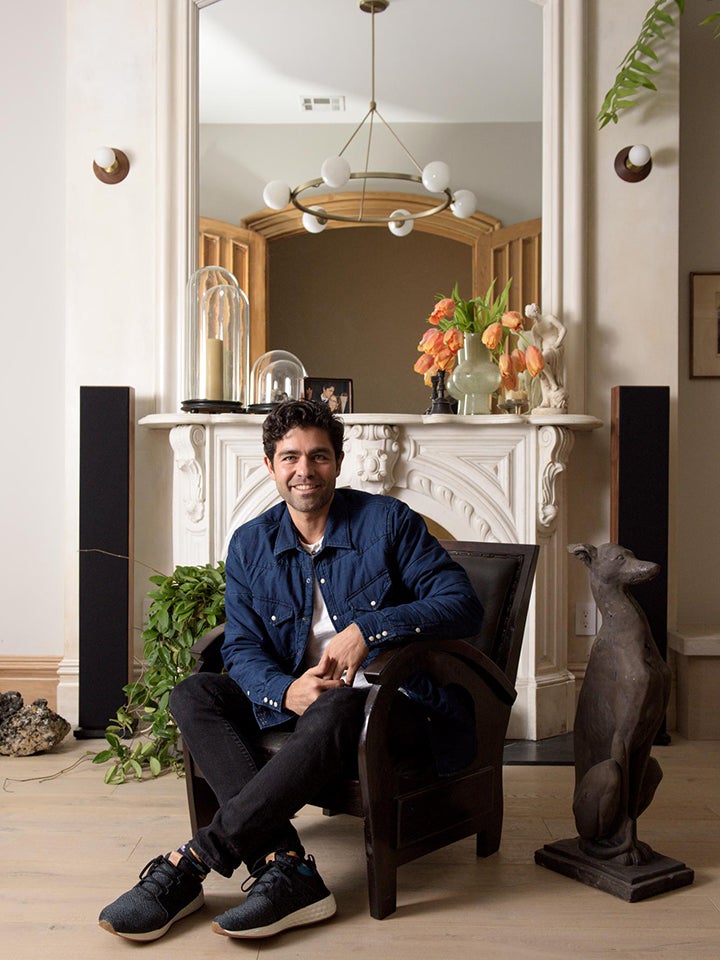 For hands-on advice from designers and pro DIYers, plus more scrappy before-and-after transformations, subscribe to Reno. Let your in-box do all the hard work—for now.Not many homeowners are passionate about insulation—but not many homeowners are actor-philanthropist Adrian Grenier. Inside the walls of the former Entourage star and Lonely Whale cofounder’s Brooklyn home are old jeans. Well, really, it’s denim that has been shredded into tiny fibers. The stuff is long-lasting, just as effective as “the pink stuff” (aka fiberglass), and most important recycled. Given how passionate he is about sustainability—his biggest project is reducing ocean pollution through eliminating single-use plastic straws—it’s no surprise that Grenier filled his house with other eco-friendly components. And, no, there aren’t any solar panels in sight. Bookmark these five (not-so-obvious) construction ideas for your very own sustainable renovation.

Back to that whole jeans thing. If you’re wondering if there’s more to it than unwanted Levi’s, you’re right. The insulation is also wound up with cotton and treated with boric acid so it’s flame-retardant and pest- and mildew-resistant. Other than the fact that it’s blue, it looks like traditional insulation that comes in easy-to-install batts. According to Liam Murray of Higher Standard Interiors, the actor’s general contractor and a master carpenter and millworker, the material was applied to Grenier’s space in combination with 2 1/2 inches of spray foam insulation—something they also used on the roof to help keep heat in during the wintertime. If you really want a high-efficiency home, “the best thing you can do is don’t let the heat out,” says Murray.

VOCs, or volatile organic compounds, are chemicals found in solvent-based—and in small quantities many water-based—paints and coatings. Everywhere there’s paint on the walls, it’s Sherwin-Williams low-VOC brand, ProMar, which is available in every color in four sheens. There’s virtually no odor, so you can apply it in high-traffic areas and not feel overwhelmed during the process, and it meets GreenGuard environmental regulations.

After nixing the idea of a geothermal heat system (it’s not ideal to dig 30 feet in the ground when your house is attached to neighbors on both sides) and turning down traditional solar panels (the roof wasn’t big enough), Grenier’s architects, Eve Claros and Alan Berman of Archetype, landed on a solar thermal system. They opted for a Mitsubishi pump, placed on the roof, that basically provides hot water for the house by using warmth from the sun to power the boiler. When the tank reaches a low temperature, the pump comes on, so it’s not running constantly and burning fuel. “They’re very efficient,” says Berman. Just be sure to make room in the budget for the addition: It will run you around $20,000 to $25,000.

That same solar thermal pump also delivers heat to Grenier’s radiant flooring, reducing his energy bill in the long run. In a normal heated flooring scenario, you would have a layer of soft plywood as the subfloor, then the radiant flooring panels, then the finished wood floors on top. But with the thick Warmboard product they used, Murray says you cut out the first step completely. “The Warmboard is your subfloor,” he says.

The simplest way to make your home more sustainable? Save as many materials as you can. Grenier’s 116-year-old home still has its original fireplaces intact (the contractor was able to resecure the formerly wobbly mantels with plywood boxes). They also saved a good chunk of the floors, which was an exhaustive process because they had to take out all the old nails in order to mill them down again, but it was worth it in the end. “I like to do that normally, especially in brownstones,” says Murray. “It’s part of the history. I personally love it.”