Once upon a renovation… 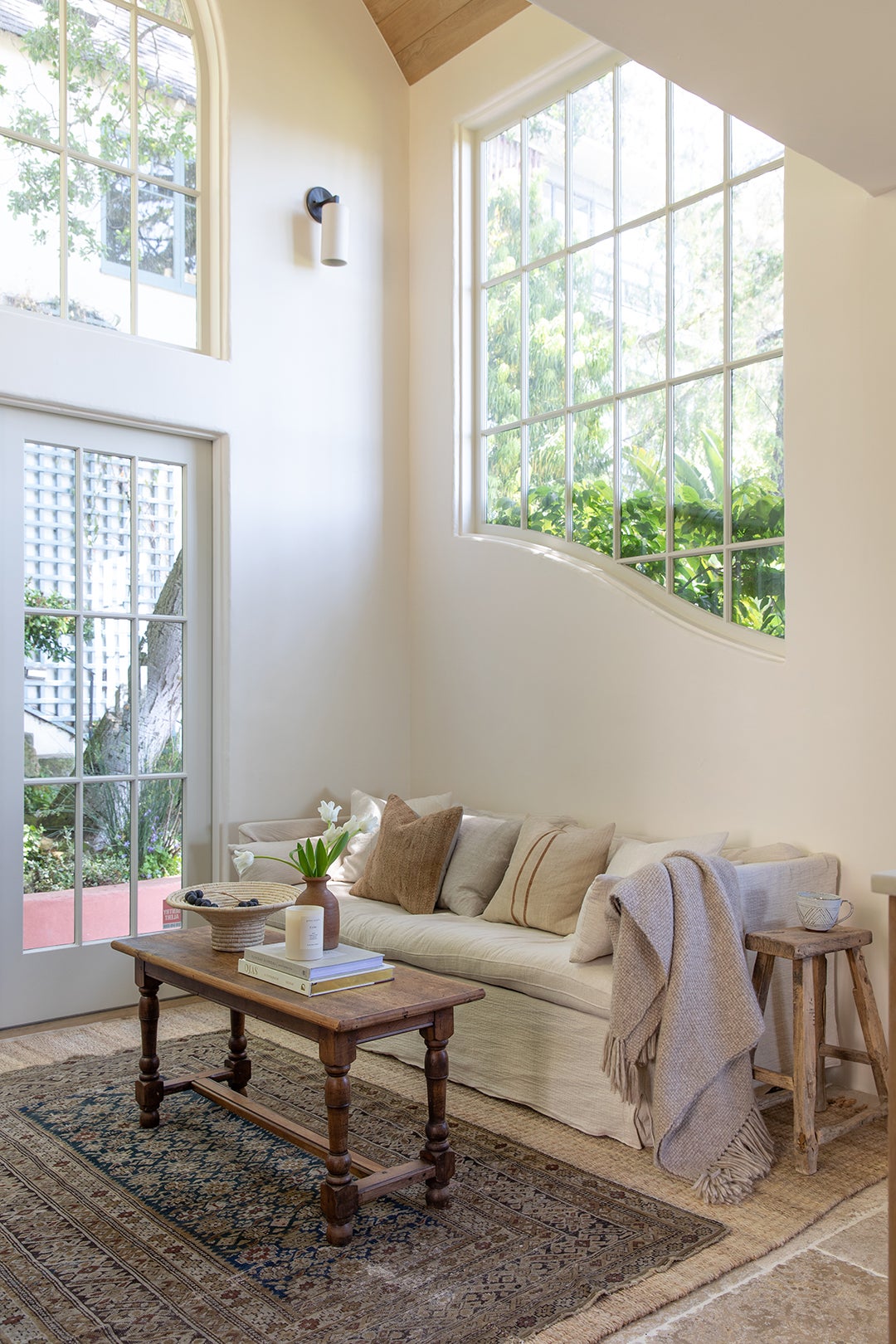 As a child, Brodie Jenkins dreamed of stumbling across a secret palace with mysterious rooms and magical gardens, just like the kids in Edith Nesbit’s The Enchanted Castle. Little did she know then that she would get to live out that fantasy as an adult. “Coming down the steps to this house for the first time felt like discovering my own enchanted castle,” remembers Brodie. After putting in two offers on other homes in San Francisco’s Berkeley Hills neighborhood, the musician (she’s a co-member of the indie band Cathedrals) and her husband, Scott, learned of the 1925 French Norman–style house for sale. Before walking through the front door, Brodie was charmed by the property’s whimsical turret and trickling water fountain. And in true storybook fashion, she soon learned that the home’s former owner was the illustrator of the classic bedtime tale Goodnight Moon. “I was thinking, how do we get this? I didn’t even need to see the inside,” she says.

The pandemic hit only a few months after Brodie and Scott bought the place, halting the artist’s tour schedule but freeing up plenty of time to renovate. The space hadn’t been remodeled since the 1990s (it was done by architect David Stark Wilson), and while they loved a lot of the features, like the spiral stucco staircase, some of the other parts (for example, the orangey mahogany treads) felt stuck in the past. Step one? Knock down the wall between the kitchen and dining room to expand the views of the windows overlooking the bay into the rest of the space. “I let the curves and arches of the house guide my design, creating an arched opening in the wall,” says Brodie. “Now the house almost seems to be floating in the clouds.”

A Tale of Two Bookcases

Brodie likens the home’s footprint to a nautilus shell, with the way all the rooms branch out from the curved staircase and the fact that the living room is a few steps lower than the kitchen-slash-dining zone. While there was already a half wall that marked the divide, the partition was slim and the bookcases stopped about three-quarters of the way up, leaving a lot of blank wall space. Brodie reimagined the structure by adding two large arches with deep cabinets and floating shelves for extra storage. “It feels more proportional now,” she notes.

Not only did Brodie’s architect dad step onto the scene to help the couple visualize their remodel with drawings, but he went with them to shop for ceiling beams at Black’s Farmwood in Petaluma. Originally the plan was to get regular box beams, which are easy to install but fairly pricey. Then out of the corner of her eye, Brodie spotted a pallet full of huge old beams that had the French countryside look she was going for. The catch? “When they delivered them to my dad’s house, I got a text from him saying we made a huge mistake,” she recalls.

The eight beams were way too heavy to install as is, meaning someone would have to hollow out each one by hand with a mechanical chisel to lighten the load. And since you can’t simply return giant beams as you would a T-shirt that doesn’t fit, Brodie’s father had to do just that. “He instantly started doing it himself…every single one,” she says. “One even fell on this thumb and he had to go to the emergency room.” The process turned out to be worth it despite the accident: The rugged wood adds tons of character to the kitchen and dining room—they even saved a small slab for the living room fireplace mantel.

In order to bring the European storybook aesthetic full circle in the kitchen, Brodie replaced the outdated wood floors with limestone. The material from Pave looks like century-old stone, but it’s actually treated to achieve an aged look, making it a more budget-friendly option. She worked with her contractor to lay out every single 14-by-24-inch piece before they were set in place to get the tonal variation and pattern just right. “I had to tiptoe with my back against the wall to get around them and not break any—it was very tedious,” she says.

The Native Trails concrete tub in the bathroom is a soaking spot worthy of royalty, but it took two tries to get the 600-pound (!) fixture in the space. “We had to hire a safe mover just to get it up the staircase,” she recalls.

A golf buddy of Scott’s who happens to dabble in carpentry crafted the arched wood doors for the couple, saving them a ton of money (the quotes they were getting from pros were “insane,” recalls Brodie). “I was really inspired by a lot of Belgium architecture I was seeing,” she notes of the millwork. The musician has plans to replicate something similar in a nearby bedroom, which she’s currently in the process of turning into a nursery for the couple’s first little one, due in May. But their child won’t have to read about castles in fairy tales—they’ll get to live it firsthand.