How a Designer Created a Flowing Layout in a Brownstone with Once-Tiny, Victorian-era Rooms

Nonstructural walls are full of opportunities. 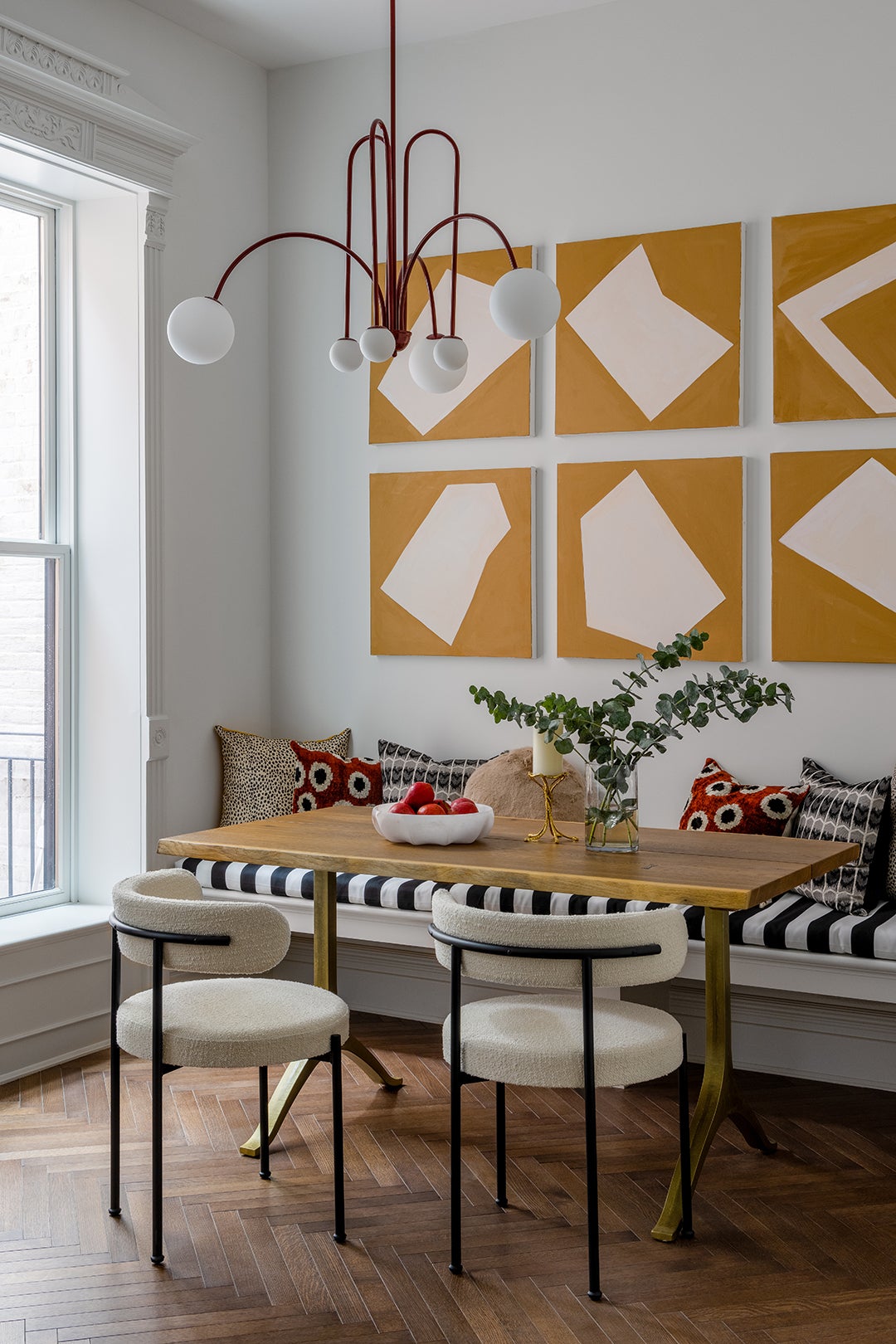 Merrill Lyons is never one to shy away from a challenge. As one of Brooklyn’s few female developers who works with historic homes, she has seen her fair share of dilapidated, dangerous, and downright ugly brownstones during her decade-plus-long career. Give Lyons—who is also an interior designer and trained in industrial design—a century-old townhome that’s teetering precariously on its foundation, and she’ll show you what it could look like with an open floor plan and sparkling new bathrooms. Example A: her latest Park Slope project.

When Lyons was asked by a group of investors to find a townhouse for sale that they could gut renovate and then relist, she chose a place that struck the perfect balance: “It had a lot of great original detail, but it was very derelict,” she says. “It was quite dark and had completely slanted stairs—and pretty much every system you could think of was not functional.” And that was a good thing. She estimates the property, which was built in 1906, hadn’t been touched in around 70 years, which likely scared a few prospective buyers away (and helped drive down the price). “I imagine most people who came to the house couldn’t envision what it could be,” she says.

But the project was intense—both in its timeline and scope—even for the veteran designer. Her team at Lyons Studio began construction on the nearly 5,000-square-foot (!) home in November 2020 and only put it back on the market last October. During that time, Lyons and her team touched every part of the house, from installing new plumbing to reconfiguring the warren of tiny, Victorian-era rooms into a more free-flowing space. Below, Lyons shares four key takeaways from the revamp.

Know When Original Details Have to Go

While Lyons would have loved to keep almost all of the home’s historic features like the ceiling’s delicate “wedding cake” plaster work, she says, “It just wasn’t a reality given the condition it was in and what we had to do with the HVAC.” (The new heating and cooling systems had to be installed where the ceiling was originally, so there was no way to salvage the molding.)

The designer was also a fan of the house’s old doors but quickly realized they were all different shapes and heights. “We tried, at first, to cut them down to match, but it just looked terrible,” she recalls. “It was something we spent an inordinate amount of time on; I couldn’t see the forest for the trees. I should have just said, ‘This isn’t working; we need new doors.’” Lyons was able to save the pocket doors on the parlor floor by installing new hardware (“Even that took an incredible amount of work,” she adds), but the rest had to be ordered new.

Find Out What’s Structural and Forget About the Rest

Many Victorian-era brownstones like this one are filled with a maze of claustrophobic, dark rooms. But since this style of home is often longer than it is wide, few of the interior walls are typically retaining ones, meaning you can blow all of them out for a more open floor plan.

“When you let go of what’s there now, it allows you to say, okay, how can I take this floor plan, delete everything, and start over? And that’s really how we approached this house,” says Lyons, who took down the partition wall between the entryway and the parlor. To complete the picture of continuity, she laid down fresh white oak wood floors in a herringbone pattern throughout the main level.

While Lyons wasn’t sure exactly what type of person or family would end up living in the home after they were done renovating it, she knew no one in Brooklyn was looking for a perfectly preserved time capsule. Her goal with the interior design was to honor the brownstone’s considerable history while ushering the most frequently used rooms—the bathrooms, the kitchen—securely into the 21st century. In one of the guest bathrooms, Lyons used hexagonal floor tiles as a nod to the house’s past and paired it with more modern, sleek white subway tile and black plumbing fixtures.

In the kitchen, she achieved a similar balance between design styles by opting for simple, Shaker-style cabinet fronts with a more traditional polished-nickel hardware.

Lyons is often approached by homeowners who fall in love with the charm and eccentricities of older homes without fully realizing what they’ve signed up for. “When the systems of the house (like the HVAC and plumbing) need major upgrading, that’s not something that can just be done without really disturbing the home,” she explains. “These are boring things that people don’t really want to think about; they just see this cute house. But there could be $80,000 to $100,000 line items that could drastically affect what you’re able to do.” To get a truer sense of what you’re going to have to pay, Lyons recommends bringing an architect or designer with you when you tour potential homes—not just after you’ve put down your deposit.