Why Our $250K House Restoration Budget Nearly Doubled by the End

Refurbishing a Craftsman is no joke. 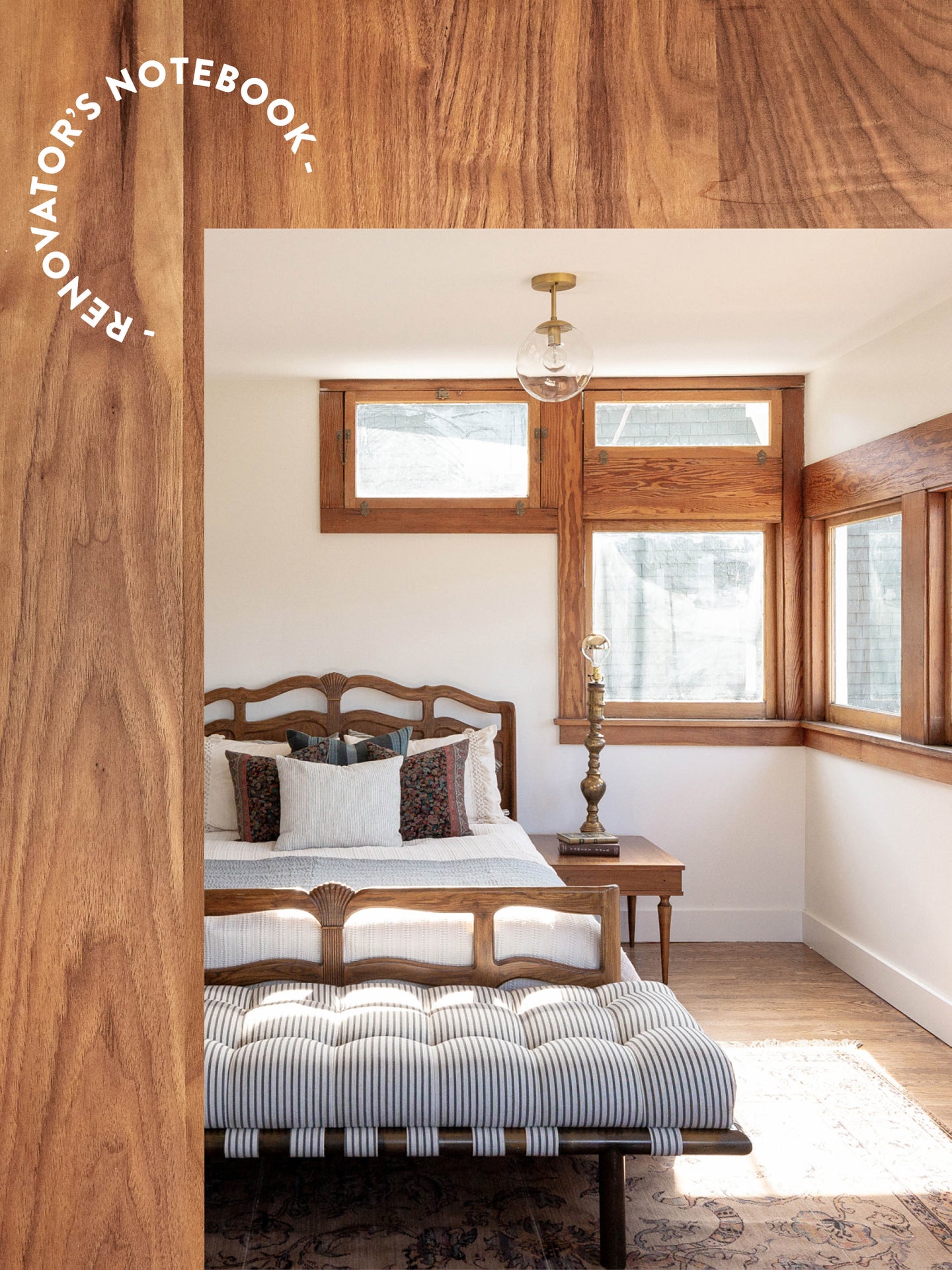 Jamie Haller and her husband, Craig Ekedahl, know all the ins and outs of Craftsman homes: their large baseboards, their prominent wood moldings, their wide pass-throughs. The streets of the couple’s neighborhood in Angelino Heights, an historic area in Echo Park in Los Angeles, are lined with them, and Haller, the creative director of fashion label NSF, and Ekedahl, a real-estate agent, restore them on the side. All that to say, they know when an original detail has gone missing, which is why, during their latest renovation, Haller found herself on the hunt for seven antique mortise locks (the type of door handles that require a skeleton key). “It’s rewarding to replace those moments,” says Haller. “You might not notice them when you first walk in, but you feel them.”

The couple purchased the 1905 structure shortly after getting an off-market listing notification in their mailbox. The property was a jumble of half-completed projects (picture: exposed framing and drywall in the bathrooms). While there were parts of the home’s history they were happy to delete, like the trailer in the backyard that had been cemented into the ground, they put most of their energy and time into saving its good bones. “We hunt for hints, take cues, and add love,” says Haller—which comes at a high price. The couple started out with a “hopeful” budget of $250,000, but after deciding not to hold back on the finishes, they ended up putting in $450,000—value they hope to get back when they sell the house, now on the market. Here, Haller revisits the overlooked details that had a big impact and why cutting corners wasn’t in the cards.

One of my favorite things we did was strip all the downstairs wood molding around the doorframes, staircase, and windows back to the grain. The surface had technically already been stripped, but it was sanded so poorly that not all the paint had been taken out of the crevices. It felt rough.

We hired a guy who lives and breathes wood refinishing (he even mixes his own pigments in a blender). The most interesting thing is that he’s blind. He shines these bright lights up against the wood, which help guide him, and the rest is led by touch. We probably spent $15,000 removing the stain, but now it feels like butter and fills the house with warmth.

“We hunt for hints, take cues, and add love.”

Don’t Be Fooled by Features That Appear Out of Place

When I first saw the arch, I felt that it could not be right. Arches weren’t very Craftsman, at least not in my experience. I had someone pull the wood facing off, which was probably not original (the grain wasn’t flat and fluid like the rest of the home). Underneath a layer of drywall was a very old plaster arch. I can’t say it’s original to 1905, but it did feel early-century. I became convinced the arch was a part of the home’s deep story, so we embraced it. Because arches are so in vogue right now, we decided to paint over its new wood facade with Farrow & Ball’s Railings. It makes a strong statement upon entry.

advertisement
Not up for a DIY? Never fear: Kick-start your project with HomeAdvisor’s directory of interior painters in your area.

A lot of times, these older homes only have AC in the attic and heat under the house, and that’s because the walls aren’t thick enough for modern-day venting. This can make it tricky to find a place to put the HVAC return, so we decided to build it inside an existing built-in bench at the bottom of the stairs.

Replicate to a T

Some of the baseboards had gone missing, but one guy we know who works on historic windows told us he could get us ones that matched the authentic profiles by having the replicas milled at Paramount Studios in Hollywood. Its set department has built every type of molding imaginable, so the designers were able to easily make copies for us.

Going the extra mile is worth it if your motivation, like ours, is to restore—not just flip for a quick profit. When we make a choice to spend more money, it’s because it’s the right thing to do for the house.

“When we make a choice to spend more money, it’s because it’s the right thing to do for the house.”

Choosing a new color for the facade had a lot to do with the roof, which I was not about to replace. You see so much of it from the front and it has this green tint to it, so I knew a lighter shade would work best.

We tested a ton of hues before landing on Soft Pumice by Dunn Edwards. The house is situated up on a hill, and this really brightened it up.

Look for Clues, Not Gold

The most fun moments are the ones in the demo process where you uncover something special. In this case, that was seeing what was behind the green slab of marble that surrounded the fireplace. There’s so much anticipation. Am I going to ruin it even more? Are we going to find gold?’ Underneath it was an old crumbling brick facade, which we ultimately rebuilt in the same spirit as closely as we could. So no, we didn’t find gold, but we found a clue and a path forward.