We Used Scrap Wood to Build a Greenhouse in Our Backyard

A falling-apart garage is totally transformed. 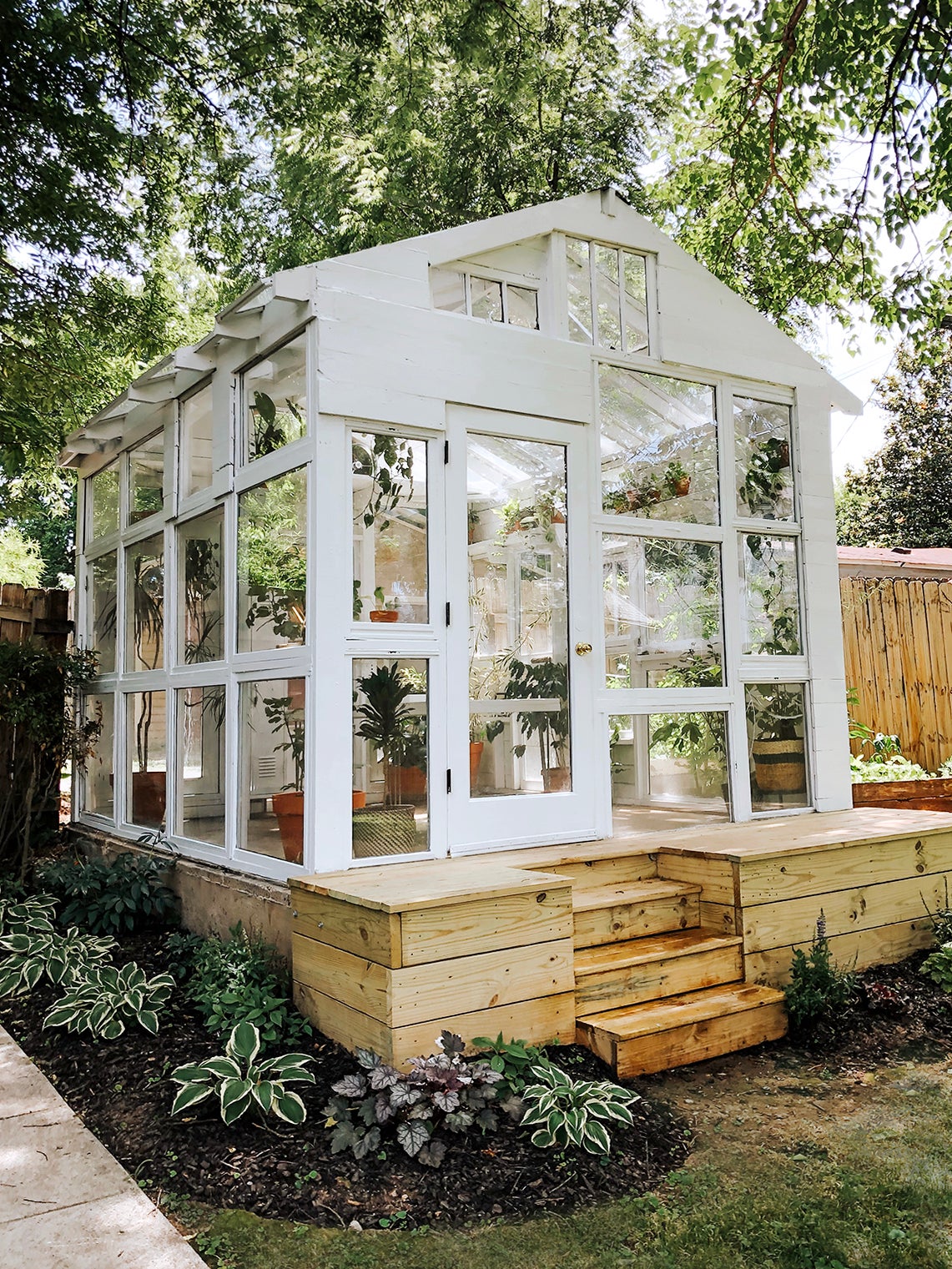 When Andi Teggart and Eric Burdullis lived in a 650-square-foot apartment in San Francisco, they already shared their space with nearly 70 different plants. So when they moved to Nashville and became homeowners, it was only natural that their family of flora would expand, too—and it wasn’t long before the couple came up with the perfect plan to help them do so. “The house had an old, falling-apart garage that obviously wasn’t going to work for our car,” says Teggart. “Eric looked at it and said, ‘Why don’t we turn it into a greenhouse?’”

Six months later—a time frame slowed down because of strict zoning and preservation laws decreed by their neighborhood’s historic commission—they had a new place to fit their rapidly growing collection of greenery and a spot where they could spend hours in nature with their plant children. “We really are in there every day,” says Teggart. “Morning and night.” Here, the couple share the biggest takeaways from their formidable DIY.

All-New Materials Are Not a Necessity

It didn’t take long after moving for the couple to realize that they were surrounded by tons of home construction projects in East Nashville, which meant that they could easily scavenge for materials. Seeing plenty of old windows put out in dumpsters, they got the idea for their greenhouse’s glass design—all they would have to do was ask around and collect as many as they could.

Because the frame of the garage wasn’t stable, Burdullis tore it down and built a new one using treated lumber that he knew could withstand moisture. He then laid out the windows to plan the ideal layout and used salvaged wood from the garage teardown to patch in any empty places. A lot of caulking later, he completed the structure.

But even with all that caulking, the couple ran into a problem: It wasn’t exactly rainproof. So they added an extra layer of 6-millimeter-thick greenhouse-friendly plastic to the roof. Then they added a fan to keep air circulating inside, and when winter came, they installed a heater, too. As they started picking up even more plants, built-in shelving became a must. “It’s been an ongoing process over the past year and a half,” says Burdullis. “I had never built something of this size before, so it was an exciting project.”

A Dedicated Space Is Totally Worth It

Alhough Burdullis and Teggart were dedicated green thumbs before they built an entire structure to house their collection, they have found themselves growing more attuned to the needs of their greenery. “We’ve acquired hundreds of plants over the past year,” says Burdullis. “We’ve gotten a better understanding of when a plant is healthy and when it’s not.”

The space has also fostered, quite literally, the perfect environment for them to thrive—it gets about 10 times the amount of natural light as the sunniest room in the couple’s home, which has resulted in major growth. Over the summer, one pothos grew a staggering eight feet. With about 200 plants (and counting) now in their collection, the pair has created their own little patch of paradise that they can escape to right in their backyard.