Once a Wild Mess, This L.A. Backyard Now Has a Zen Succulent Garden 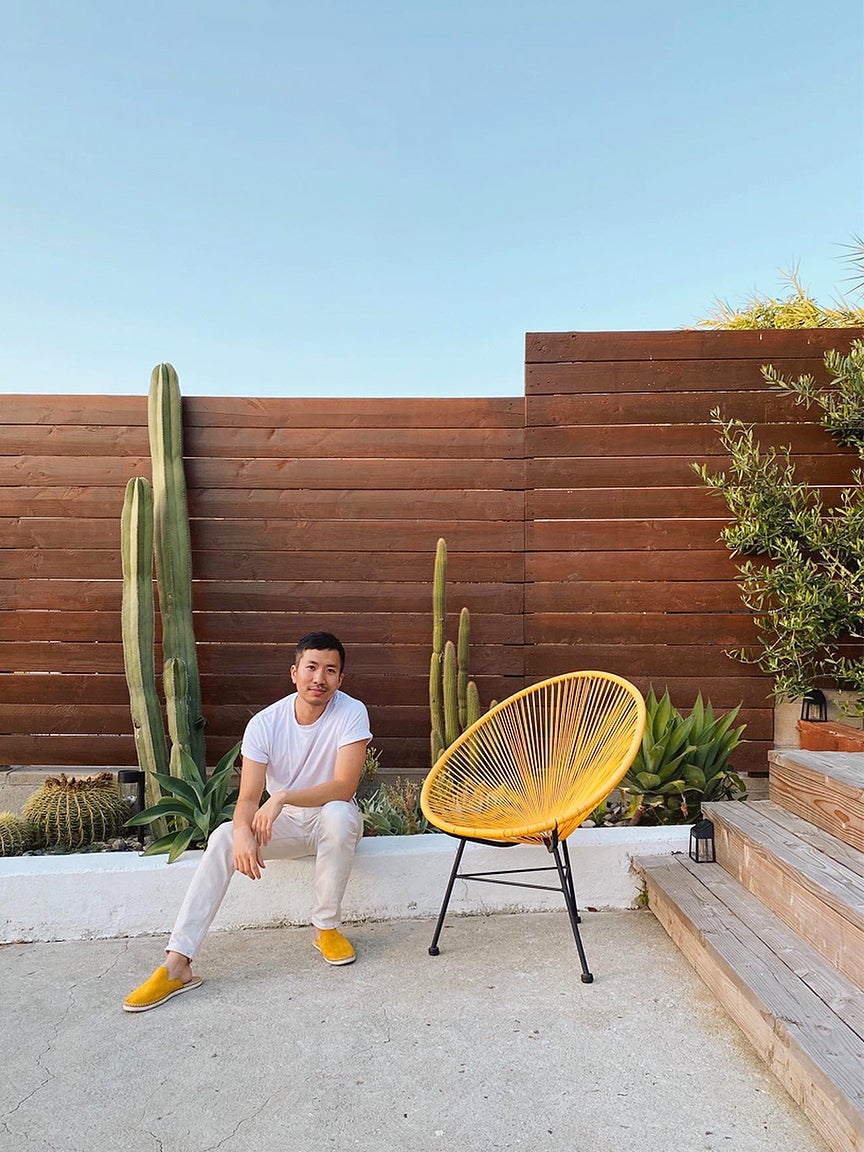 Photography and Design by Dabito

Having mimosa trees in your very own backyard sounds like a recipe for laid-back boozy brunches, but that wasn’t the case when designer and Old Brand New creator Dabito and his partner moved to their Los Angeles home three years ago. The incredibly fast-growing plants are deceptive: They bloom fragrant, showy flowers, but they also leave toxic seed pod droppings behind. And in Dabito’s case, the roots were causing the retaining wall that separated their property from the neighbor’s place to collapse. “They were even thriving off our dragon fruit tree,” he recalls. Let’s say it wasn’t the kind of mimosa party he had in mind.

The designer called in a contractor to help them tame the wild mess. With the mimosa out of the picture and the dragon fruit off to be donated to a garden center (it could still be used for propagation), they carved out space for a drought-tolerant garden, now dotted with various species of cacti, Mexican sage, agave, and aloe.

Stabilizing the concrete retaining wall that was damaged by the mimosas was an affordable fix. Still, there was the lingering need for more privacy (the yard sits on a slope, so some neighbors are higher and others are lower). Cue the brand-new (very high) pinewood fence. The designer’s only regret: going too dark with the semitransparent stain. “After a while, I said forget it, it’s going to fade in the sun over time. The plants will cover it,” he says. “I try not to overthink it. Things happen for a reason.”

After making a few key hardscaping updates—stabilizing the retaining wall, adding stairs to a new graveled seating area—they turned the high-maintenance yard into a carefree hangout. For added ambience at night, the designer peppered the wood steps with solar lights. Running electrical outdoors would have been a huge expense. The lanterns he picked up from Target get the job done. “They emit this bright, warm glow once the sun begins to set,” he says. To really set the mood, Dabito also bought solar string lights to hang over the sofa.

The couple has been spending a whole lot more of their time outdoors these days. From gardening to grilling to taking work calls, this spot now serves their everyday needs. It’s the simple things, like watching the hummingbirds fly around or watering the rosemary, that brings the designer joy: “It’s been a saving grace for us.”