This Revamped L.A. Backyard Shouts Pure Summer (and There’s Not a Pool in Sight)

Chic hardscaping transports you to Spain. 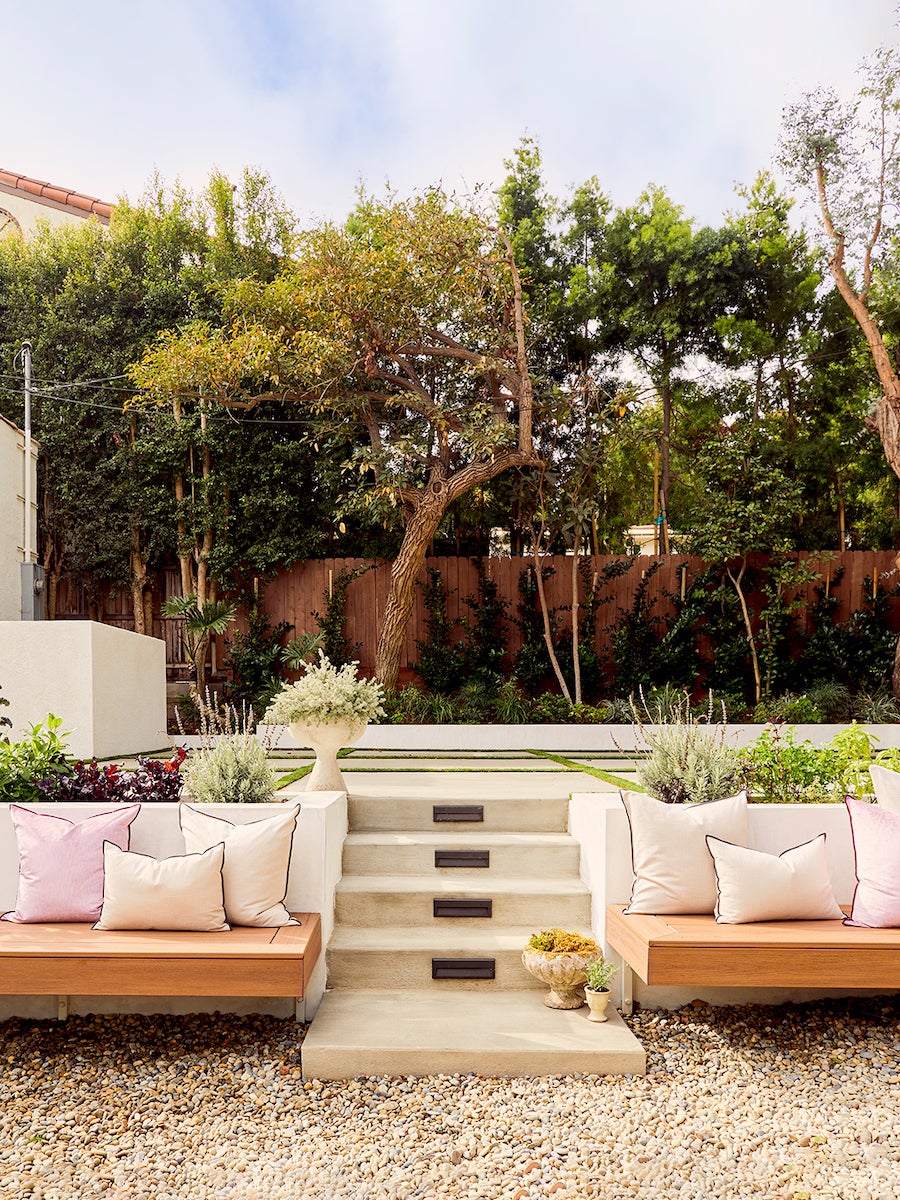 It turns out, you don’t need a swimming pool in your backyard to emulate pure summer vibes year-round. Example A: designer Jess Diab’s latest renovation in the Westwood neighborhood of Los Angeles. A water feature (be it in-ground or a stock tank pool) was the initial idea, but the large yard’s odd incline and deep-rooted trees made the task nearly impossible. “Once we removed that from the design plan, it became, how can we make this space just as epic?” says Diab. Three different types of hardscaping and a larger-than-life dining table were a solid start.

The project loosely revolved around the client’s 9-year-old son, who, at the time the project commenced, was still homeschooling and needed more room to work and play. Leveling out the bottom part of the yard, building a retaining wall, and scrapping most of the drought-intolerant grass instantly made the space more usable. “You get that summer feeling when the sun sets and reflects on the white plaster and tile,” explains Diab.

A Spot to Gather 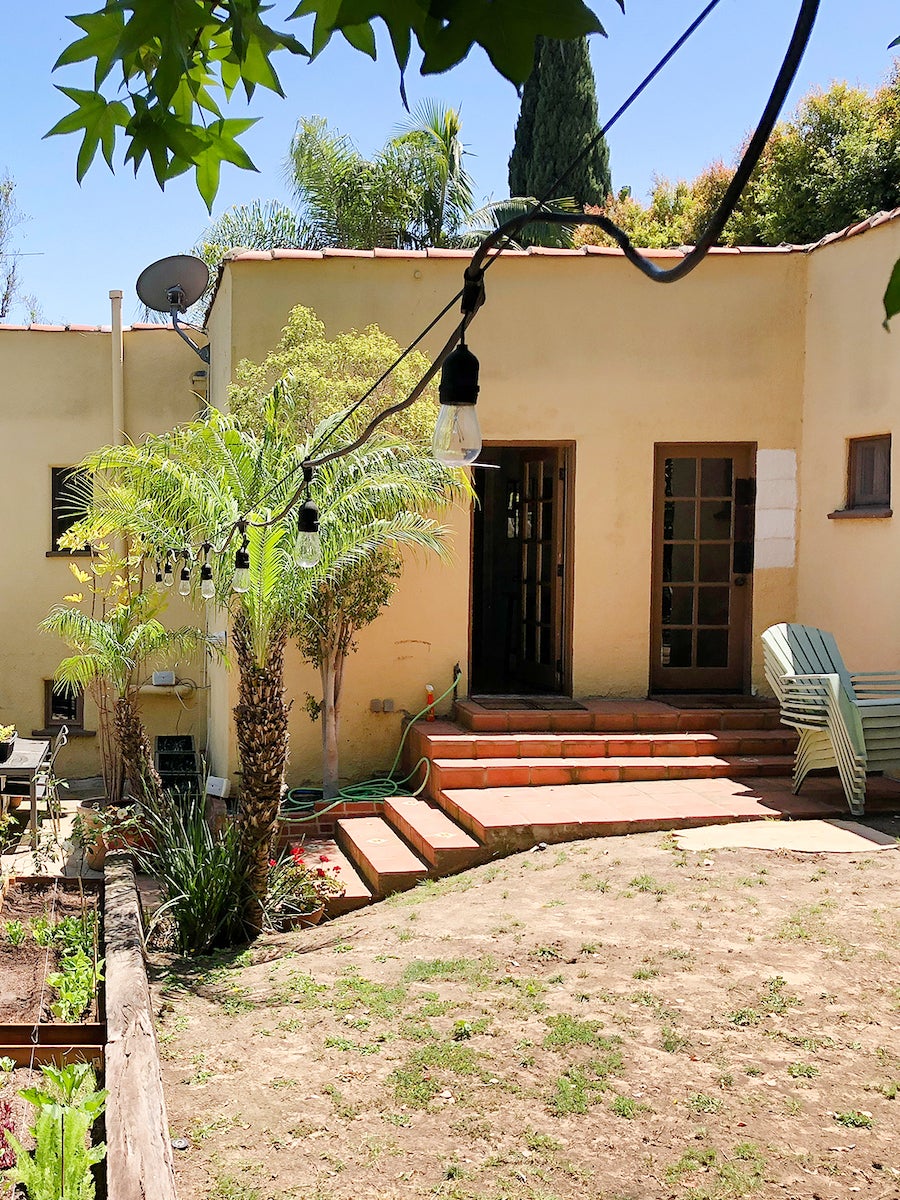 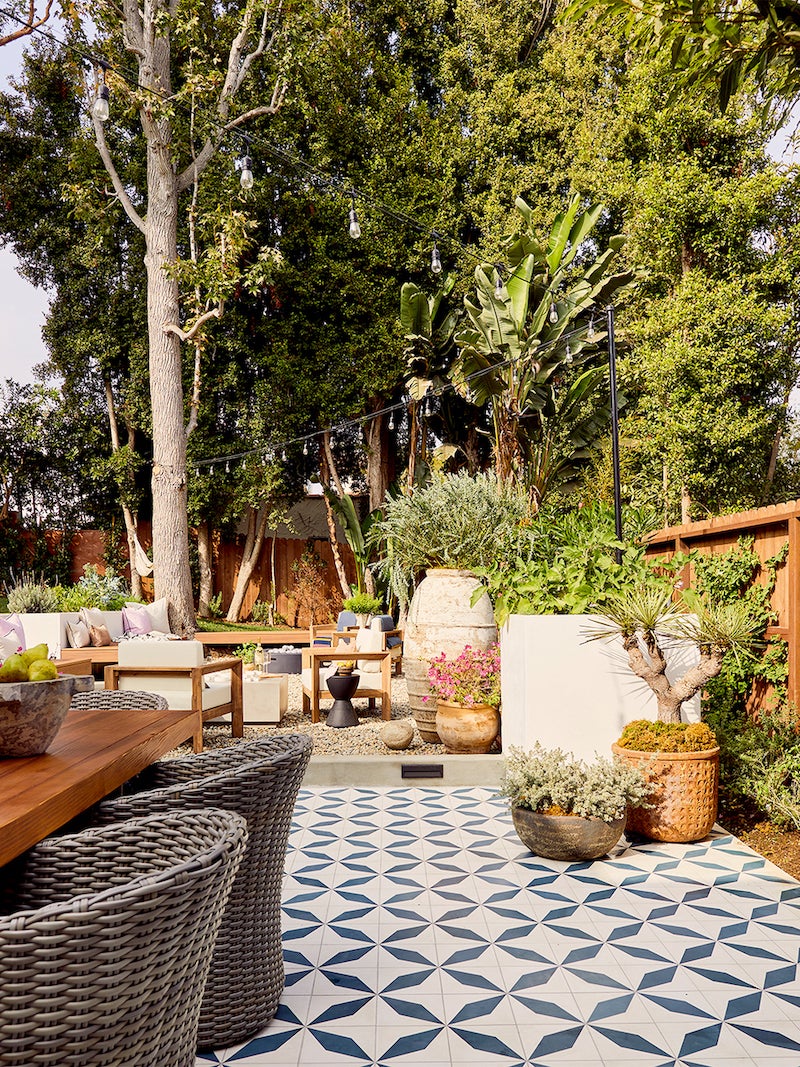 Cladding the dining area in tile allowed Diab to keep with the 1920 home’s Spanish-inspired architecture (it is meant to feel like a Mediterranean courtyard). The Clé tile pieces also added a fresh dose of color to the space besides greenery and balanced out the big wood fence’s red tones and the neighbor’s yellow-tinged house. “It has this enchanting, sort of effervescent feeling of summer,” she says. Diab had an extra-long dining table custom-made so the homeowner’s little one could have his whole class pod over for homework sessions. 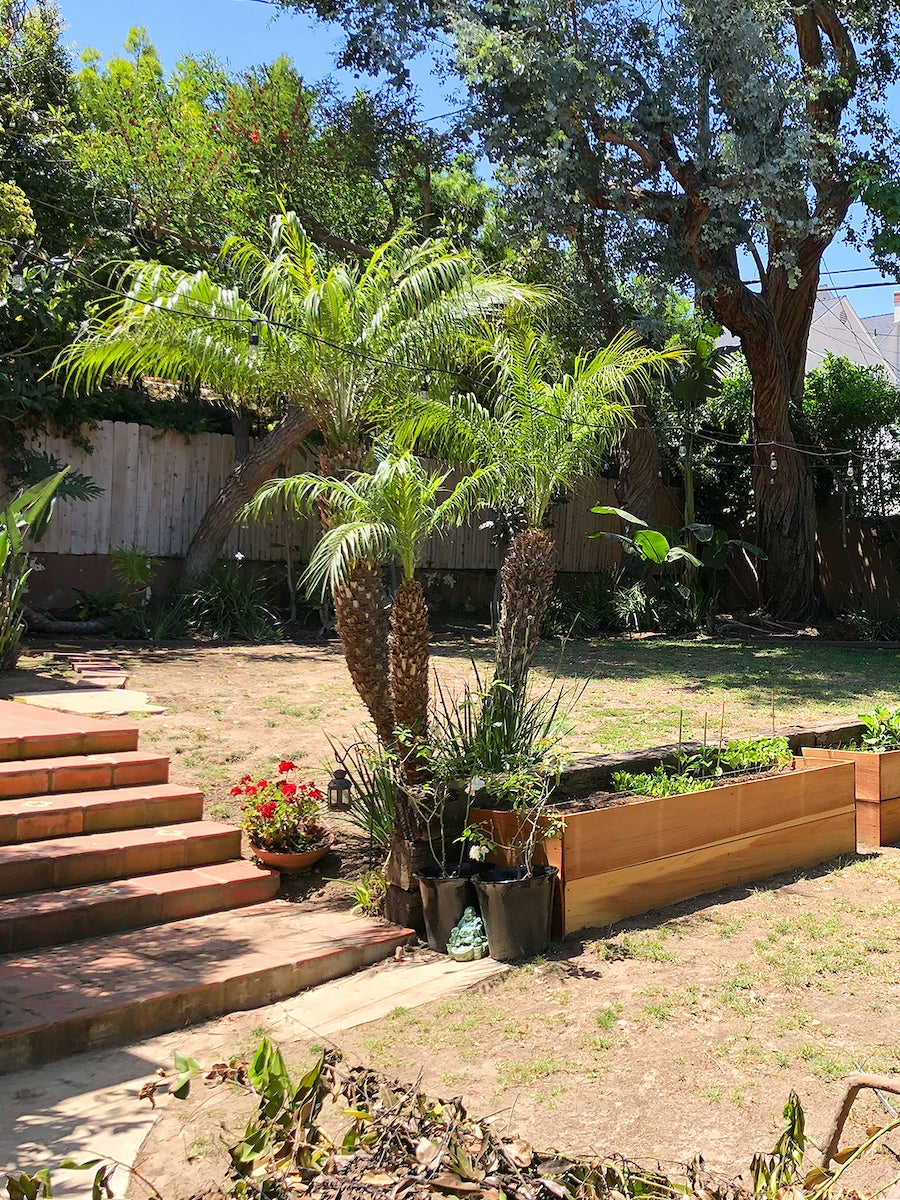 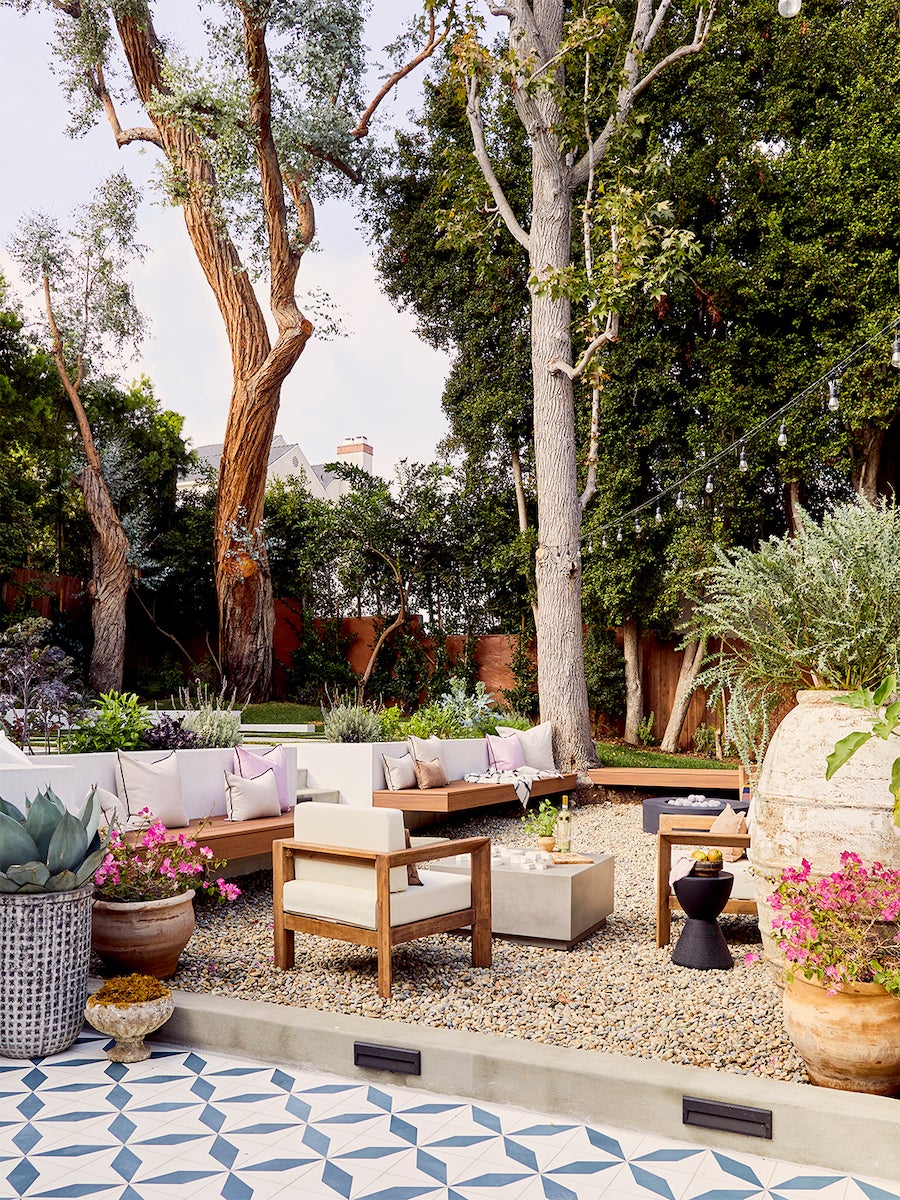 Transitioning into a gravel-clad firepit space made sense visually. “If you had this very flat tile covering the entire bottom area, it would have felt suffocating and sort of stale because it’s all one material,” explains the designer. The cool stone is supereasy to maintain: You can hose it down in a flash and the dirt automatically sinks to the bottom.

Picking the right gravel took some trial and error. Diab discovered that if the rocks are too big, they’re painful to walk on in bare feet, so they opted for smaller pebbles. Testing out bucket-size samples was key: Slight color variations (some batches featured little pink flecks; others grayer) become more apparent when you see them on a larger scale.

Offering up plenty of indestructible seating was a no-brainer for a kiddo who is dabbling in parkour. Diab built the wood benches into the plaster wall and made them deep enough so that people can sit back and lie down in front of a big movie screen at night. It also disguises the 4-foot-high retaining wall (the edible herb garden helps, too).

A Paver-Clad Place to Play

The upper level of the yard is designated for playing sports, but rather than pour a solid slab of concrete, Diab broke up the large pavers with strips of Astroturf, creating a trellislike pattern. “There’s no tripping and it won’t be ruined if the dogs go to the bathroom on it,” she points out. The greenery gives the stone a sophisticated spin. Turns out, you don’t need a pool or grass to have an elevated backyard.