We Added 6 Rooms to Our Home, But Only Expanded the Footprint 100 Square Feet

“There was a lot of Jenga-ing that had to happen.” 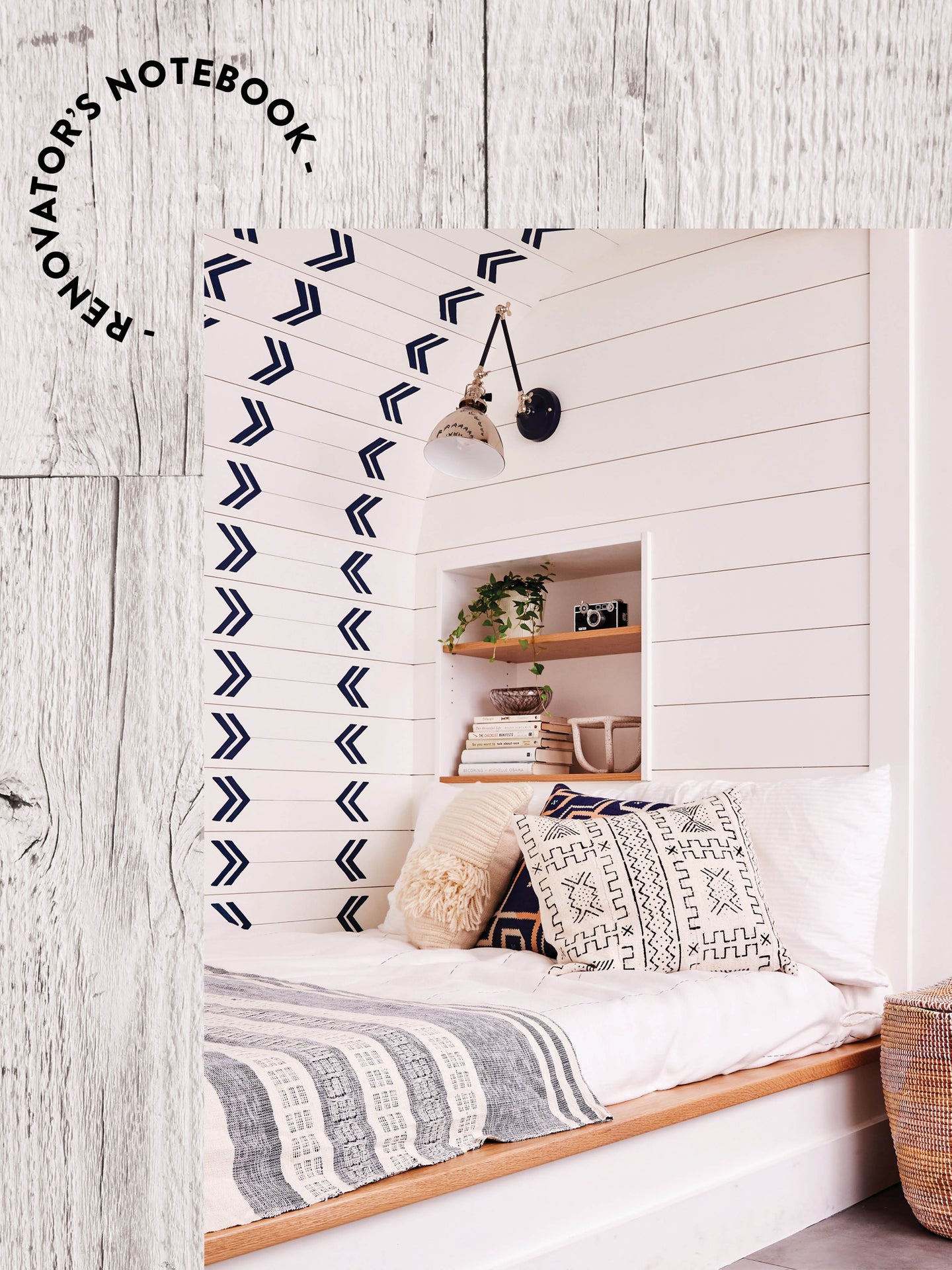 Photography by Nico Schinco; Architecture by Amanda Linhart of ALL Design; Design by Alison Rose

In Renovator’s Notebook, homeowners open up about the nitty-gritty of their remodels: How long it really took; how much it actually cost; what went horribly wrong; and what went wonderfully, serendipitously, it’s-all-worth-it-in-the-end right. For more tips to nail your next project, follow @reno_notebook.A Whole Foods store partially inspired Diana Lovett’s renovation. She, her husband, and their two children were at a location in Port Chester, New York, eating in the dining area, when they realized what a luxury it was to be able to spread out on the built-in benches. “We were like, this is so comfortable—the angle of it, everything,” she recalls. After three years of living with their circa-1914 house in Larchmont as is, a kitchen makeover—and that seating arrangement—was top of mind. When Lovett and her husband moved from their studio apartment in Manhattan back in 2012, one thing they expected was more space. The problem was, the room they were spending the most time in was gloomy and awkward to navigate. “If you were holding a baby and groceries, you had to put one down just to walk inside,” she recalls. Luckily, “our architect, Amanda Linhart, was so accommodating that she went to Whole Foods with her measuring tape and took the dimensions.”

Expanding the kitchen was just one part of the remodel. During this stage, the couple also split a bedroom upstairs into two, as well as added a home office, a mudroom, and a master bathroom. Stage one of the reno cost $220,000. Then in 2018, they dug out the basement and finished the area with a bedroom, full bath, and a gym—another $200,000. By reorganizing and adding 100 square feet of footprint to the home, they created six new rooms and added more than 1,000 square feet of functional living space. “There was a lot of Jenga-ing that had to happen in order to preserve the integrity of the home,” says Lovett. Here, she reveals how they found the room to grow, plus a few more savvy reno tricks.

Know Your Limits With Stone

Some people love the weathered look of marble, but I know the stains and scratches would drive me bananas. We found this porcelain surface at Artistic Tile for $17 per square foot—it looks like real stone but you don’t have to worry about spilling red wine, and it was a fraction of the cost. The only downside is that it’s more brittle than marble. There are a couple of spots where my kids or I have chipped off a small piece from hitting it too hard, but overall it was a major save. We splurged on the Vitra chairs and the reclaimed dining table for the new Whole Foods–inspired breakfast nook.

We wanted to upgrade things that would make our home nicer to live in but also create value. Adding built-ins (by far our biggest expense) was one way to do this. My children are such monkeys, so we decided to install sturdy white oak shelves in the playroom, now stocked with different-size baskets and a paneled door that hides the radiator. The feature serves both function and form: The kids can’t topple anything over, and they’ve learned to separate their toys themselves. The next big change we made was adding huge windows in the corner to let in light. Going floor to ceiling would have required a steel support, which would have driven up the cost significantly. Instead, we settled for a small header.

Not up for a DIY? Never fear: Kick-start your project with HomeAdvisor’s directory of interior decorators in your area.

Make the Basement Somewhere You Want to Be

We didn’t want to change the outside of the house and we also had a code issue that wouldn’t allow us to cover any more of the plot with concrete, asphalt, or stone. We basically had to do a lot of Rubik’s Cube–ing to figure out how to put in stairs to the basement and how to dig out the space.

Jim Melvin of Katonah Custom Woodcraft, who did all of our built-ins, also made a platform for the basement bed out of plywood. The built-in piece is sandwiched between the chimney and a wall. The chimney created an awkward bulge in the room, so we curved the shiplap surface to make the nook feel more intentional. I called Constance Santaguida, a wonderful art teacher in Brooklyn, to do the arrow design on the shiplap. She also made a chore chart for us and laminated a design on our kitchen chalkboard. It adds a lot of character to the home. She also happens to be a graphic artist for Whole Foods.

Our bedroom has bay windows, but all three frames are different sizes. I originally wanted to change them to be the same, but when it came down to the budget, we couldn’t. Instead, I bought curtains for each one. When they’re closed, you can’t tell that something’s off and it gives the room a really cool feeling—like it’s a wall made of fabric.

Let Little Ones Have a Say

My daughter is now 5 and she’s quite a little opinionated person. When we decided to move her over to a big girl’s room, I asked her, “What do you like? What’s in your heart?” Her response: all pink and all soft (she’s a very textural kid). Even though I had something more neutral in mind, we went with this hemp wallpaper by Phillip Jeffries.

We painted her trundle bed from Crate & Barrel in Benjamin Moore’s Pale Petal so everything felt cohesive. Still, the room has its quirks, like the two closet doorknobs that are different. It’s what you get in older homes.

While we did a lot of renovations inside, keeping the outside of the home the same helped us focus on our budget (it’s easy to keep going and going when your remodel is this all-encompassing). Apart from planting a few bushes, we kept the yard the same. I’ve always loved red barns—we fell in love with it the way it was.