Layout Tip: Your Fridge Can Totally Go in the Middle of Your Open-Concept Kitchen 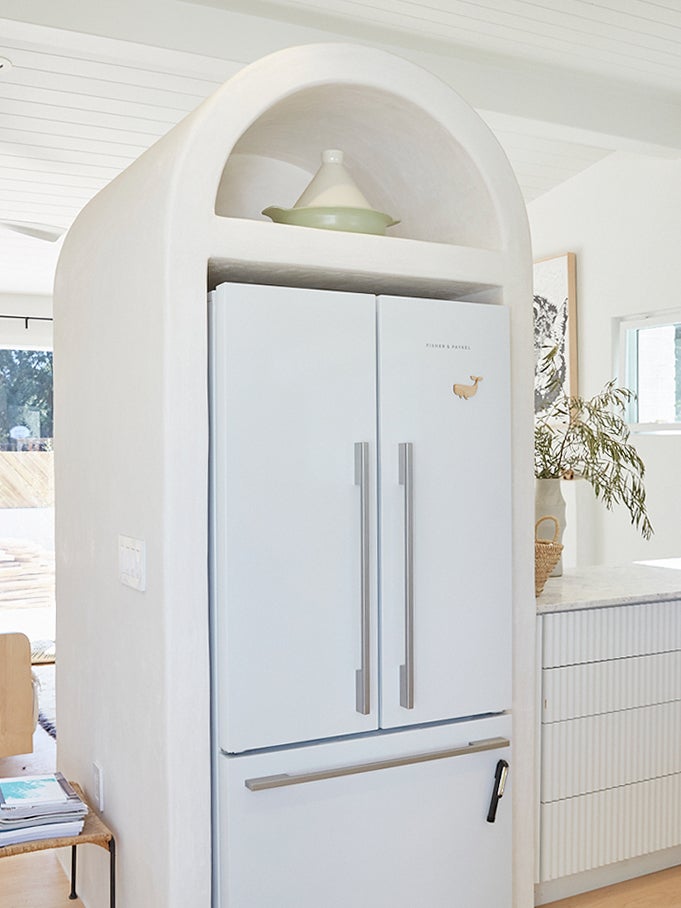 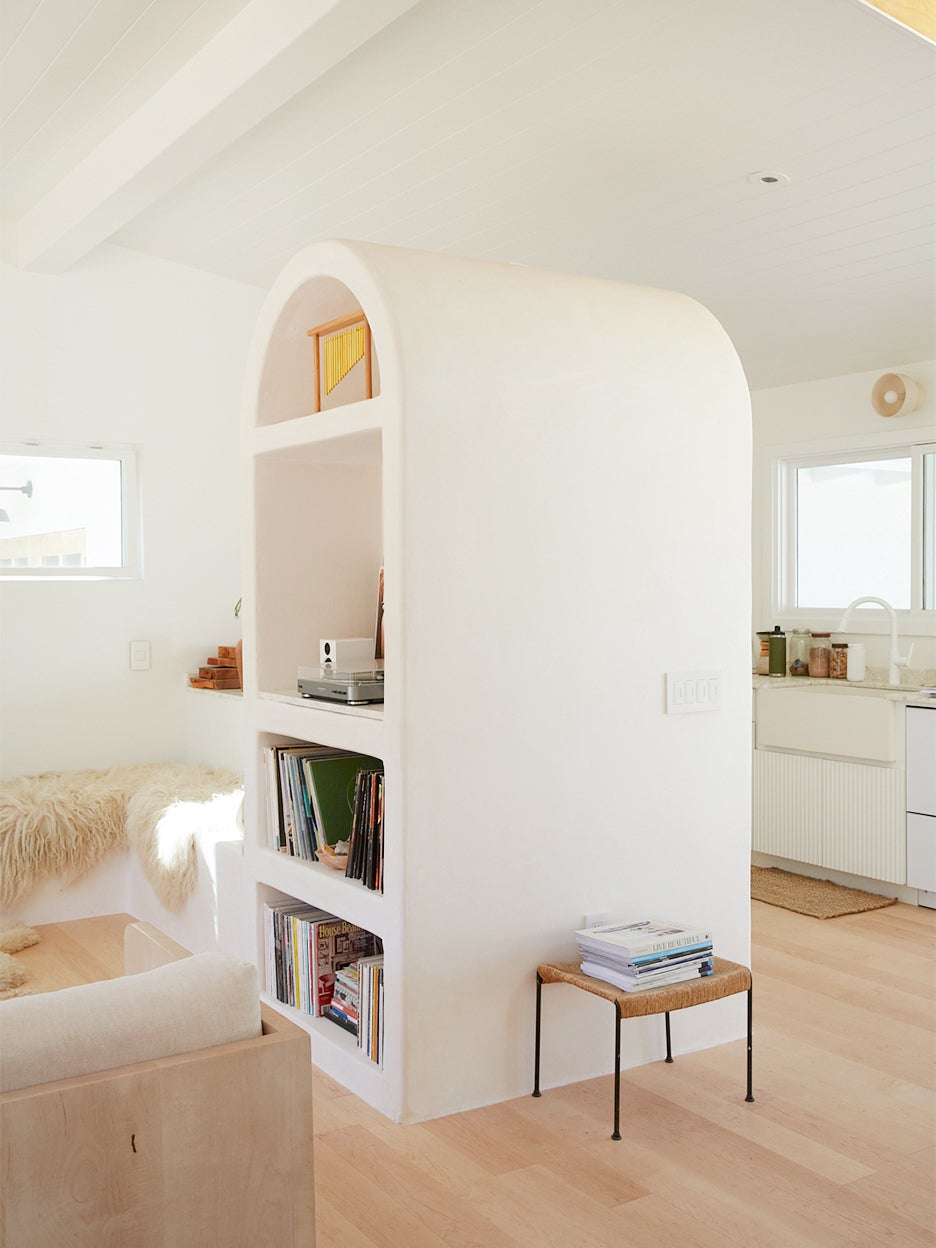 For photographer and avid cook Thayer Gowdy, there’s nothing worse than having to trek across the kitchen to grab something out of the refrigerator. “I hate the idea of it not being close to the counter,” she says. “The flow is just wrong for me.” So when she took her new Ojai, California, home down to the studs, she decided the appliance would have pride of place in her open-concept space. The only catch was she didn’t want people in the living room staring at the back of it, nor did she like the idea of building a floor-to-ceiling cabinet around it. “I went through so much trouble to raise my ceilings and create this airy feeling,” she notes.

Drawing on traditional earthbag houses, Gowdy came up with the idea to cover the giant box with an arched structure that would not only house electrical and plumbing, but also offer storage for all of her records on the other side. She drew a rough mock-up of the design in SketchUp (a tool she came to master after taking some online courses) so she could view it from all directions and run the exact measurements by her contractor. “My friend Karen nicknamed it the frigloo,” says Gowdy with a laugh. (The label is mashup of fridge and igloo.) “I was like, that’s it!” Ahead she shares how she brought the hardworking piece to life.

Get Your Whole Crew On Board

Before any construction could begin, Gowdy had to land on her exact fridge (she went with Fisher & Paykel’s French door design), as she would need it on-site so they could build around it in real time. “Every inch counted,” she says. Her contractor wasn’t the only one weighing in—her plumber and electrician were also called because they would need to run the pipes and cords through the floor into the frigloo’s framing. Psst: See the light switch on the side? That controls both the kitchen and living room. “My electrician was literally my most favorite human on earth,” she says with a laugh.

Start With a Sturdy Base

Gowdy’s frigloo is essentially two parts. There’s the main skeleton, made out of flexible bentwood pieces up top to create the arch shape and solid wood everywhere else so it’s strong enough to support items on its shelves. Then a thick layer of lath and plaster was applied to the surface to give it that adobe look. “It’s really fun and playful and simple—very tactile,” says Gowdy.

Make It Specific to You

The niches facing the living room were designed with Gowdy’s sound station (speaker, record player, albums, and all) in mind. When her contractor built the original wood frame, they actually made the openings bigger than they would need to be, knowing that the layers of plaster would ultimately add around 2 1/2 inches to the final measurement.

“At first, you have a knee-jerk reaction, like: ‘That’s expensive or hard.’ But really when you’re building from the ground up, nothing is too complicated. You just have to design thoughtfully and take into account how you want to live your life,” says Gowdy.

Photography and Design by Thayer Gowdy