How a young family got their dream house. 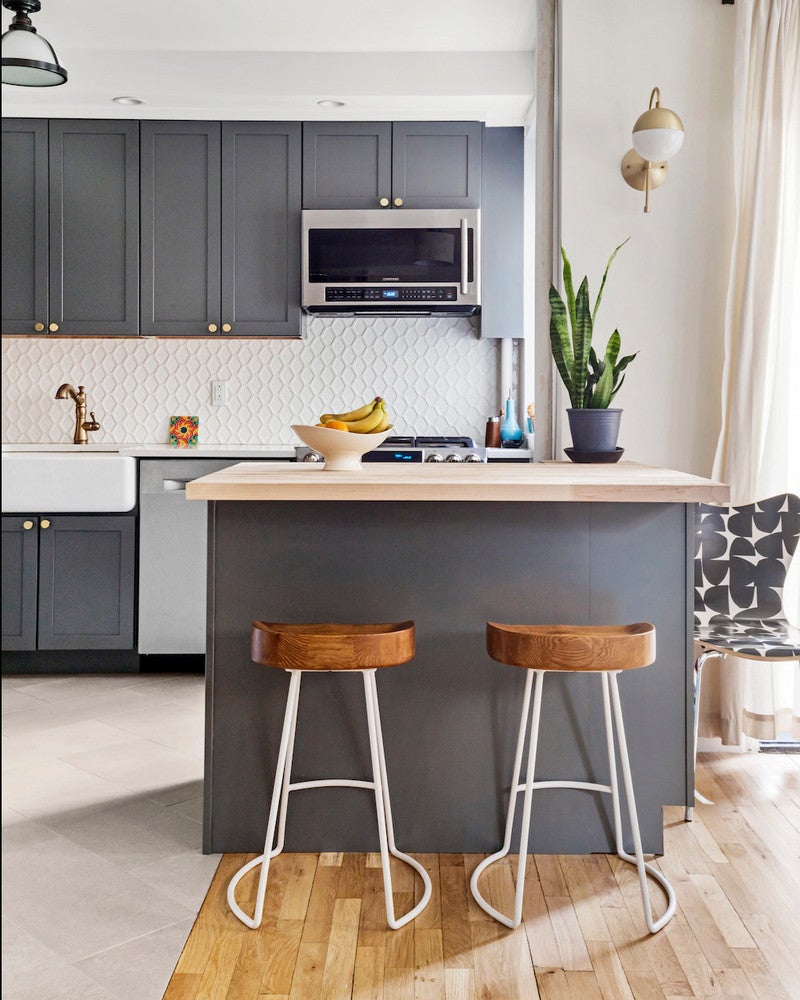 Getting your dream apartment in New York City is an unlikely scenario in and of itself; getting it in one try is pretty much unheard of. Somehow, new homeowners Sam and Sean beat the odds and managed to pick up the first apartment they saw: A two-bedroom fixer upper in Brooklyn’s Clinton Hill neighborhood.

That said, for this particular family, finding a home proved to be the easy part. Getting it to look exactly like they envisioned was a whole different story. While the space had good bones and was situated in the right area, Sam and Sean wanted to give it an updated, contemporary look more in line with the needs of a young family. To do this, they worked with free renovation matchmaking service Sweeten, partnering with a contractor who could help them with their to-do list.

First up, a new kitchen. Hoping for a fresh take on the dated

they started by knocking down the wall that separated the kitchen from the living area. Frequent cooks with two (soon to be three!) young children under the age of five, a larger space was a must for the couple. Adding a pantry and fridge by closing off an opening between the hallway and the kitchen, the Sweeten contractor created extra storage and further maximized efficiency.

Color-wise, the simple gray and white palette is a direct result of the couple’s otherwise colorfully chaotic life. Reasoning that they wanted something more neutral to offset the toys lying around, Sam and Sean chose the Atom Ceramic wall tile from Nemo Tile in “Eggshell” and the Frosty Carrina quartz countertop from Caesarstone. Bronze hardware from Homeclick warms up the space and adds a modern touch.

Plans for the bathroom were similarly motivated. Instead of completely pulling everything out and dealing with brand new plumbing, Sam and Sean opted for brighter, more contemporary options. New tiling and

instantly clean up the look of the bathroom, and a more industrial-looking sink is a great replacement for the previously dated fixture. Simple white

provides a backdrop that streamlines the look of the room and allows the patterned floor tile to be the focal point.

All in all, the whole process took four months—not bad for a multi-room makeover. As for Sam’s biggest tip for prospective renovators?

“Go to the apartment every week, at the very least,” she advises. “We realized that checking in at some point during working hours was a huge help and that things went more smoothly when we did that, even though it was a pain. We could discuss issues as they came up, and see what they were talking about.”

See more before and after stories:

Sweeten, a free renovation service, handpicks the best general contractors to match each project’s location, budget, and scope, helping until project completion. Follow the blog for renovation ideas and inspiration and when you’re ready to renovate, start your renovation on Sweeten.