A Small Bathroom Renovation That Doesn’t Skimp on Style

How a previously dark and dated bathroom became a bright and cheerful space. 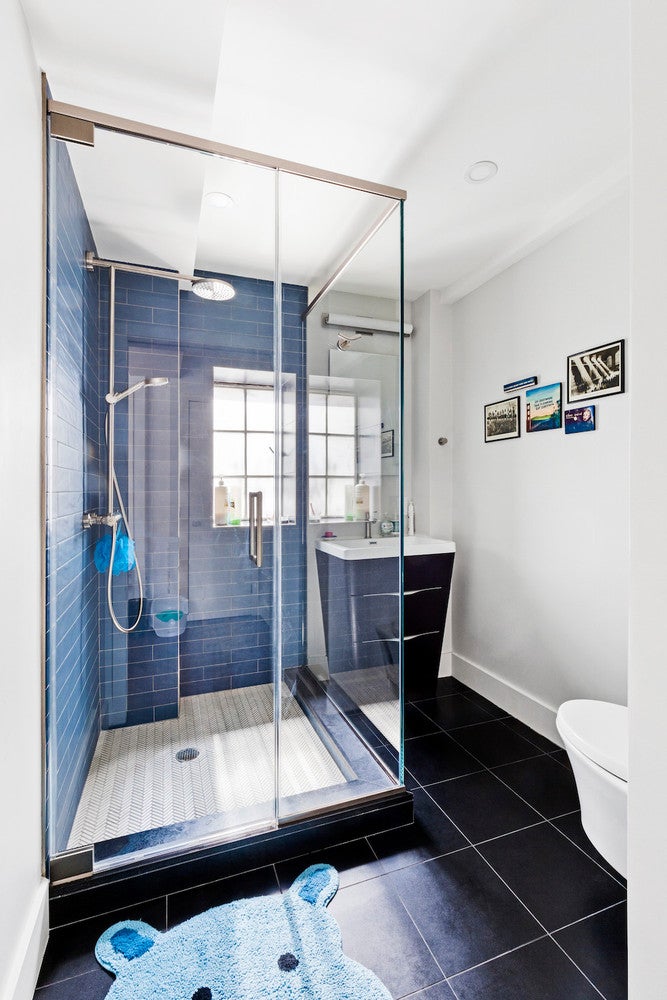 When looking to update their Murray Hill apartment, homeowners Jeanne and Philip were faced with the same problem afflicting most New Yorkers: a lack of space.

Looking to gut their 1,000-square-foot apartment and turn it from a one bedroom into a two bedroom with an extra bathroom, the couple turned to free renovation matchmaking service Sweeten to find a general contractor and get cracking. And with a baby on the way, the need for more space was all the more pressing.

First up, turning what was previously the master (and only) bathroom into a guest bath. Before, the dark and dimly lit space had a large walk-in shower that the last owners had converted from a nearby closet.

The Sweeten team got rid of that, as this bathroom would need to be smaller to accommodate the extra rooms added to the apartment. Instead, they added a wall-hung toilet to save space and built in a glass-enclosed shower. The clear shower walls instead of a closed-off curtain make the room feel less cramped and more open.

Another way the team made the space brighter was via the colorful tile. “I asked the designer to come up with different looks, then mixed and matched,” said Jeanne. “We wanted to be a bit more forward and get funkier.”

While the floor is a simple dark grey tile, clear bluesubway tilein the shower adds a pop of color. The shower’s herringbone mosaic floor tile both lightens the space and serves a functional purpose: It improves slip resistance thanks to its grout joints.

Besides the lack of square footage, the main challenge was more logistical. As the apartment is in a co-op building and needed to follow federal regulations, the new bathroom needed to be ADA-compliant. To do this, the Sweeten team added a step-up to accommodate drain lines, creating a final product that was both functional and chic.

See more before and after renovations:

Sweeten, a free renovation service, handpicks the best general contractors to match each project’s location, budget, and scope, helping until project completion. Follow the blog for renovation ideas and inspiration and when you’re ready to renovate, start your renovation on Sweeten.