Who knew a bench could be so complicated? 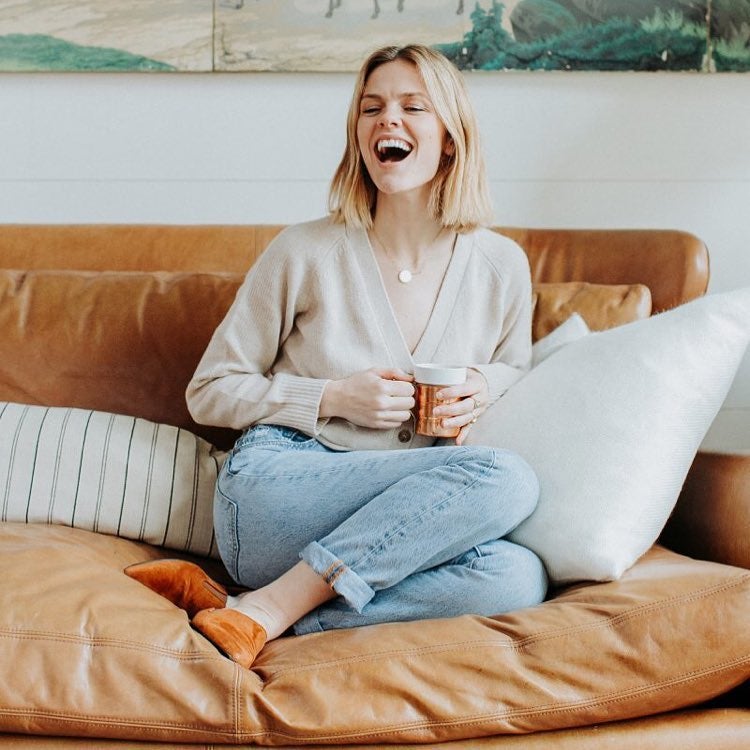 If Brooklyn Decker had her own house-flipping show on HGTV, we’d be the first to binge-watch. The idea isn’t much of a stretch; the actress and Finery cofounder, who has a serious knack for interior design, always seems to have a renovation up her sleeve. Over the past few months, Decker has taken to Instagram to share progress shots of her newest fixer-upper. Based on the number of Charlotte-based builders, architects, and craftsmen credited in the posts, we’re guessing the property is located somewhere in North Carolina, the star’s home base.

Naturally, we’ve been keeping tabs on the status of the project. While it’s still unclear whether or not she intends to move her own family into the gorgeous house, the transformation has been fun to watch. Here are a few of our favorite design moments so far:


To chamfer or not to chamfer ? Ellipse or radius? Embarrassing how much back-and-forth we had on the design of these end caps but I LOVE how they turned out. Bravo @stanwickdunhambuilders

“To chamfer or not chamfer?” That was Decker’s big question in the kitchen dining area. We won’t lie, we had to do some digging to figure out that she was referring to the 45-degree slope of the edges of the carved wood bench. Decker admitted to a commenter that she even had to Google the correct terminology, typing something along the lines of “you know that thing when you slice off the corners?” into the search bar. Then, she had to narrow down the seat’s profile: ellipse or radius corners? The latter is rounder but both types help soften a sharp edge—a must-have when you have little ones running to the table.


Zoom. Nightmares. ** update for those who can’t see THE PERSON PEEKING THROUGH OUR SHOWER WALL. He climbed through the crawl space, behind the shower (to actually do a good deed and move the plumbing for us) and I walked in and saw eyes peering at me from the wall.**

We love Decker’s turquoise take on standard subway tile in this bathroom. If there’s one thing we’ve learned from watching this home come together, it’s that the former Sports Illustrated cover model has a thing for arches.


Progress: we wanted everything to look like it had been here for 100 years. Major ? to @masterpiecestaircase @envisionmillwork @blockhaus_inc @richardmarshallfineflooring @csbrowntile , Pedro and his team of painters who are BRUSH PAINTING everythjng (the old fashioned way) last but not least @stanwickdunhambuilders & @ruardveltmanarchitecture and especially @bryant_rogers and @paulslittle for bringing all of this together. Will post more once we get closer to install!!

A series of detailed shots offer a peek at the house’s incredible wood staircase, wall paneling, and herringbone floors. “We wanted everything to look like it had been here for 100 years,” she wrote in this post. Goal achieved.


A few before shots of a kitchen remodel we are working on… and some progress shots. Cannot WAIT to share the final product. Kudos to our buddies @stanwickdunhambuilders @ruardveltmanarchitecture @blockhaus_inc @billtruittwoodworks @envisionmillwork for making this baby come to life.

Decker and her design team turned a dated dining area and dark kitchen into open and airy spaces. A fresh coat of white paint ties everything together.


PROGRESS. Today was an awesome day onsite. It pains me to think of a future without incredible craftsman. @mudwerk restoring crown molding, using his great grandfather’s tools (his great grandpa did plaster on the Biltmore, how cool is that?!) Kitchen ceiling tile install almost complete. Countertop profile samples in hand. Curtains semi-spec’d. Can’t wait for the reveal. ?: @paulslittle

“It pains me to think of a future without incredible craftsmen,” Decker shared in another post, capturing a team of artisan plasterers tiling the barrel ceiling in the kitchen. The idea was inspired by a scene she spotted at the nearby Biltmore estate.

We’re guessing another furniture install is just around the corner.

This story was originally published on February 26, 2019. It has been updated with new information.