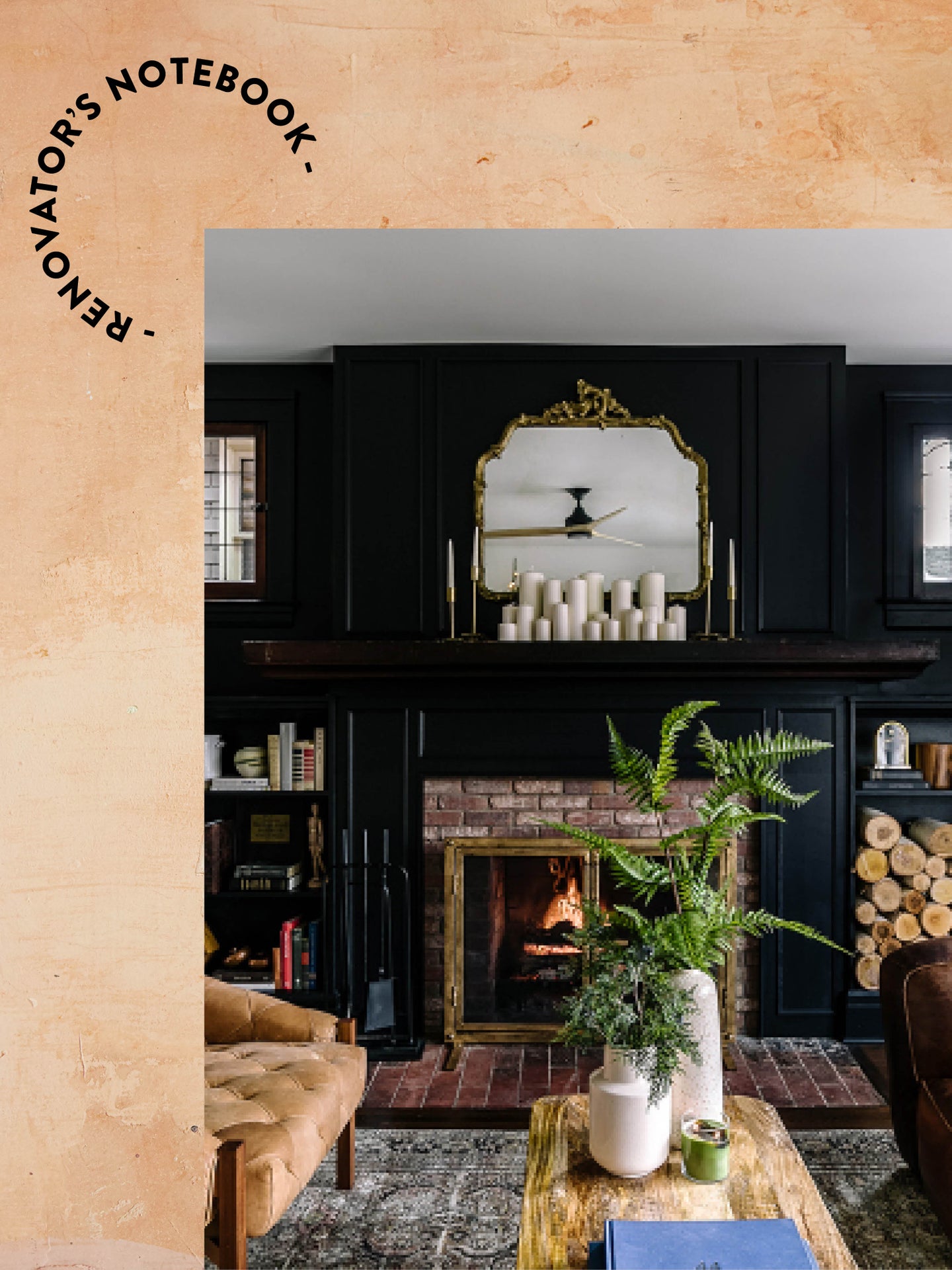 When Jesse and Cali Green first walked into their soon-to-be family home, they were greeted with graffiti-peppered walls and a glitter ceiling. “To this day, I still ask myself: How did I walk through and think, Yes, let’s do it!” says Cali, a self-trained designer who has flipped four Airbnb properties, including the couple’s Traverse City, Michigan, lake house. The paint was peeling, the floors were caked in soot, and sheets were nailed to the windows. In short, it was a mess.

The house, which sat abandoned in Detroit’s West Village neighborhood for roughly 10 years, was first purchased in 2012 for just $2,300. “We try not to think about that,” jokes Jesse, a commercial photographer. The couple bought it in the same neglected condition for $142,500 six years later. Thankfully, the investment paid off. They spent every spare moment restoring the 2,600-square-foot fixer-upper, and just one year later, it is valued at roughly $425,000. Here’s how two self-taught renovators turned a contractor’s nightmare into a place to call home.

The duo recommends budgeting at least $100,000 just to bring an abandoned property up to livable conditions. They immediately took it down to the studs and treated it like a new house in an old shell. Yes, that means they had to add electrical, plumbing, and ventilation from scratch. “HVAC was definitely the highest line item on the bid—we spent just shy of $35,000 on all the new ductwork, venting, fans, hot water heaters, two furnaces, and two air conditioners,” he explains. Demo, framing, drywall, and plaster came in at $30,000, plus an additional $30,000 for plumbing and electrical.

Not up for a DIY? Never fear: Kick-start your project with HomeAdvisor’s directory of plumbers in your area.

In addition to the $100,000 spent making the home inhabitable (a steep but expected line item), the Greens went roughly $30,000 over budget. While some purchases were by choice—like fancy matte black kitchen cabinets—other expenses were not. “The basement flooded with sewage backup during my first shower at the house,” says Cali. “At that point, we had just finished and were drained of every dollar we had.” Fortunately, the unforeseen issue only added an extra $1,000 to the couple’s bottom line—they had to dig up a section of the basement to reroute the sewer line.

“I was basically the general contractor for the project, while also paying for one,” explains Jesse of his biggest regret: hiring an expert who was ill-equipped to tackle their reno. While the first three months went smoothly, they discovered deteriorating grout, poorly laid tiling, and overall shoddy craftsmanship when it came down to the details. “We were at the house every single day checking up on things,” he says. It was frustrating, but the setback actually saved them money in the long run. “The original project scope was somewhat of a bible to me,” he adds. “We were able to get some money back on line items we paid for that were never completed.”

“The contractor gave us a six-month timeline,” explains Jesse. “We banked on seven, and it took 10.” Despite extending their previous lease, the couple still ended up doing a three-week stint at his parents’ place while the project was under way. “On our first ‘move-in day,’ a worker was wielding a circular saw in our living room,” Jesse says, laughing. “We officially got settled around June 15, 2019, and still had workers in our house almost every day for nearly three months.”

When Taking On a Project of This Size, Have a “Why”

A gut job is incredibly taxing, time-consuming, and expensive. To maintain sanity, it’s important to have a personal stake in the project. “It never felt insurmountable or scary, really,” reflects Jesse. “We have a deep love for the city, and we took pride in renovating something that was semi-blighted for years. Our neighbors deserve it—the ones who are new and the ones who are still living in their childhood homes.”

Would they do it again knowing what they know now? “In a heartbeat.”

See more renovations like this: We Transformed an Old Porch Into a Laundry Room for $6K Almost Half of Our $16K Exterior Remodel Budget Went to Painting the Fence It Cost Us $25K to Turn an Old A-Frame Into a Scandi-Inspired Getaway