But it was worth every penny. 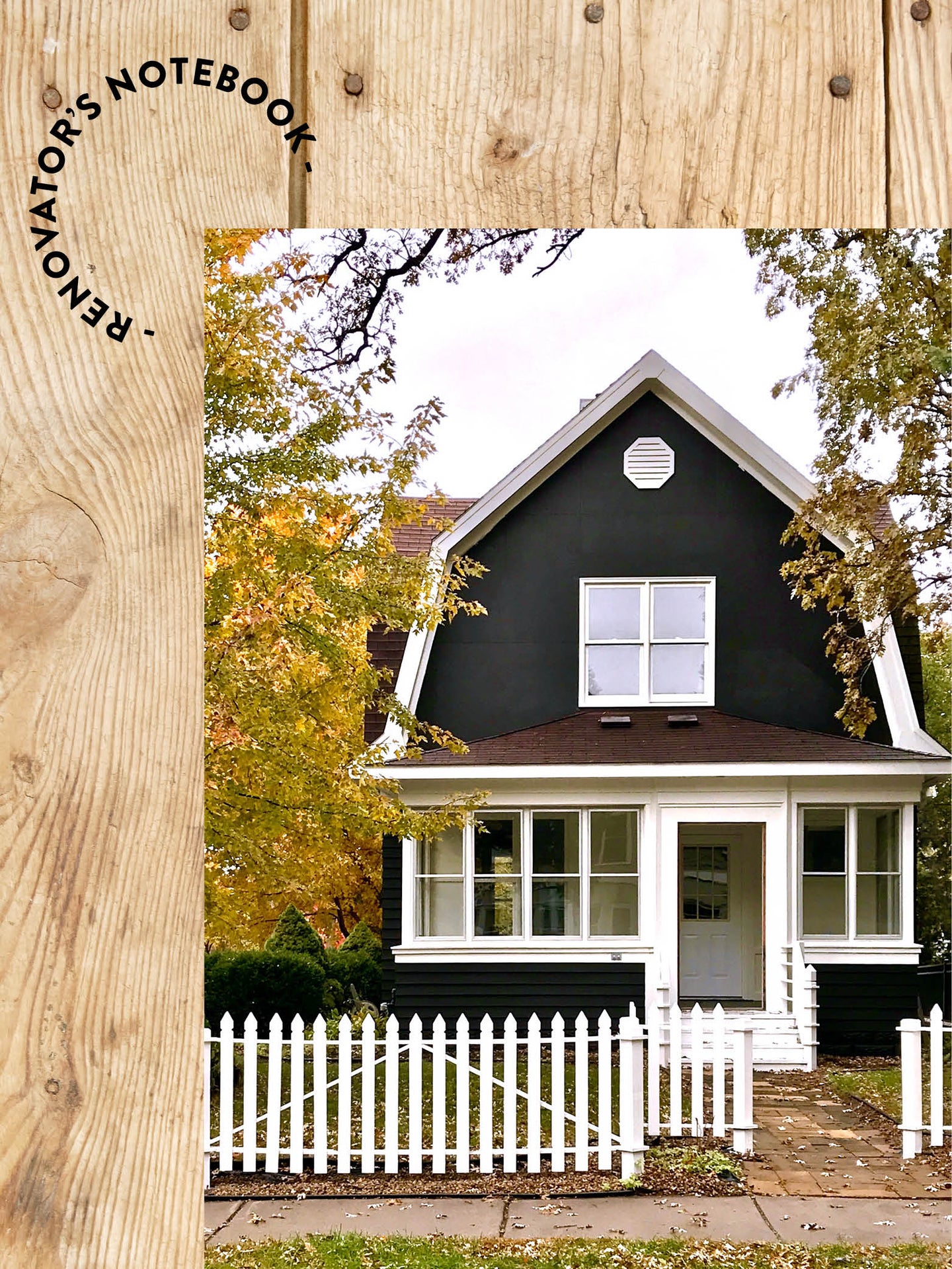 White. Picket. Fence. These three words were music to Anne Shaeffer’s ears. They’re the main reason the Minneapolis–based real-estate agent went up against six other bidders (some with higher offers) for her turn-of-the-century cottage. “When we got it, it felt like a gift,” she recalls. The fence, which spans the entire corner lot, was built by the former owner-architect, who was meticulous about the design—there’s not a nail in sight. Still, the picturesque feature was missing one key thing: paint.

“A lot of people told us not to paint it. They said it would be too expensive,” she says. And Shaeffer had a good reason to be careful with her budget: The fence was just one part of a larger, six-week exterior renovation (she and her husband, Joe, hope to one day rent the property on Airbnb). The couple, their son, Alex, and a small construction team set out to clean up the landscaping, paint the entire house, expand the front walkway, buy a new back door, and remove the deck. Everyone who warned Shaeffer was right. It cost just as much to paint the fence as it did the entire house. Shaeffer went for it anyway—and she has no regrets. Here, the first-time renovator walks us through what she learned during the $16,000 makeover (the pair originally estimated it would cost $10,500), including why risky splurges can pay off.

Truth: There’s a lot more to repairing a fence than patching cracks. We tasked local painters John Lavercombe and Grayson Sears with giving the woodwork a fresh coat of Benjamin Moore’s White Dove, as well as adding the same type of fencing to the right side of the house, where there was formerly a chain-link barrier. One of the most charming elements of the fence is a small built-in bench facing the sidewalk. The nook was originally covered with a small roof, making it an awkward spot for passersby to sit and enjoy the view of the tree-lined street. So in addition, we had them take away the overhang. Instead of simply making do with what was there, like most painters might, Sears took parts of the posts back to his workshop and replicated them to a T. He was able to fix anything.

Not up for a DIY? Never fear: Kick-start your project with HomeAdvisor’s directory of fence contractors in your area.

DIY the Things That Excite You

Window washing is so satisfying to me. Instead of hiring the job out, I cleaned the interior and exterior glass myself. My special system: Adding Mr. Clean Magic Eraser Sheets to the end of an industrial squeegee. Twenty years of grime gone.

advertisement
“A lot of people told us not to paint it. They said it would be too expensive.”

One of the biggest challenges was removing the large, elevated deck that spanned from the back door of the cottage to the side wall of the garage. It filled the yard. When we went to demo it, we realized it was built like a ship—Alex tried to break it up with a sledgehammer and nothing moved. He and Joe had to take it apart, piece by piece, using saws and drills; it was almost like a reverse build. Then a “lovely” surprise: Underneath the three-foot-high platform were piles of broken chunks of concrete. We’re guessing the deck was built to hide all of it. My husband did the heavy lifting, carrying each boulder out to the driveway, but we paid to have the slabs picked up and taken to the dump. The removal ended up costing around $2,200 for 40 hours of labor.

I knew we wanted a dark house. The question was how dark? The siding was already blue on two sides, so that color was out of the question. I tested different swatches on the front, back, and sides and on the garage to clearly see how each color would look at different times of the day. Five trips to the paint store later, and I landed on Subway by Hirschfield’s. Between the fence and the siding, we went through three gallons of oil primer and eight gallons of color. After the first coat, the color looked closer to olive green, but once the painters went over it again, it became a brownish charcoal. I don’t do this for a living, so I was really scared. To take chances and go with my gut and have it work out was super-rewarding.

See more stories like this:  We Transformed an Old Porch Into a Laundry Room for $6K It Cost Us $25K to Turn an Old A-Frame Into a Scandi-Inspired Getaway My $40K Exterior Remodel Was an Unexpected Lesson in Landscaping