It’s the unexpected hero of our entire Rhode Island reno. 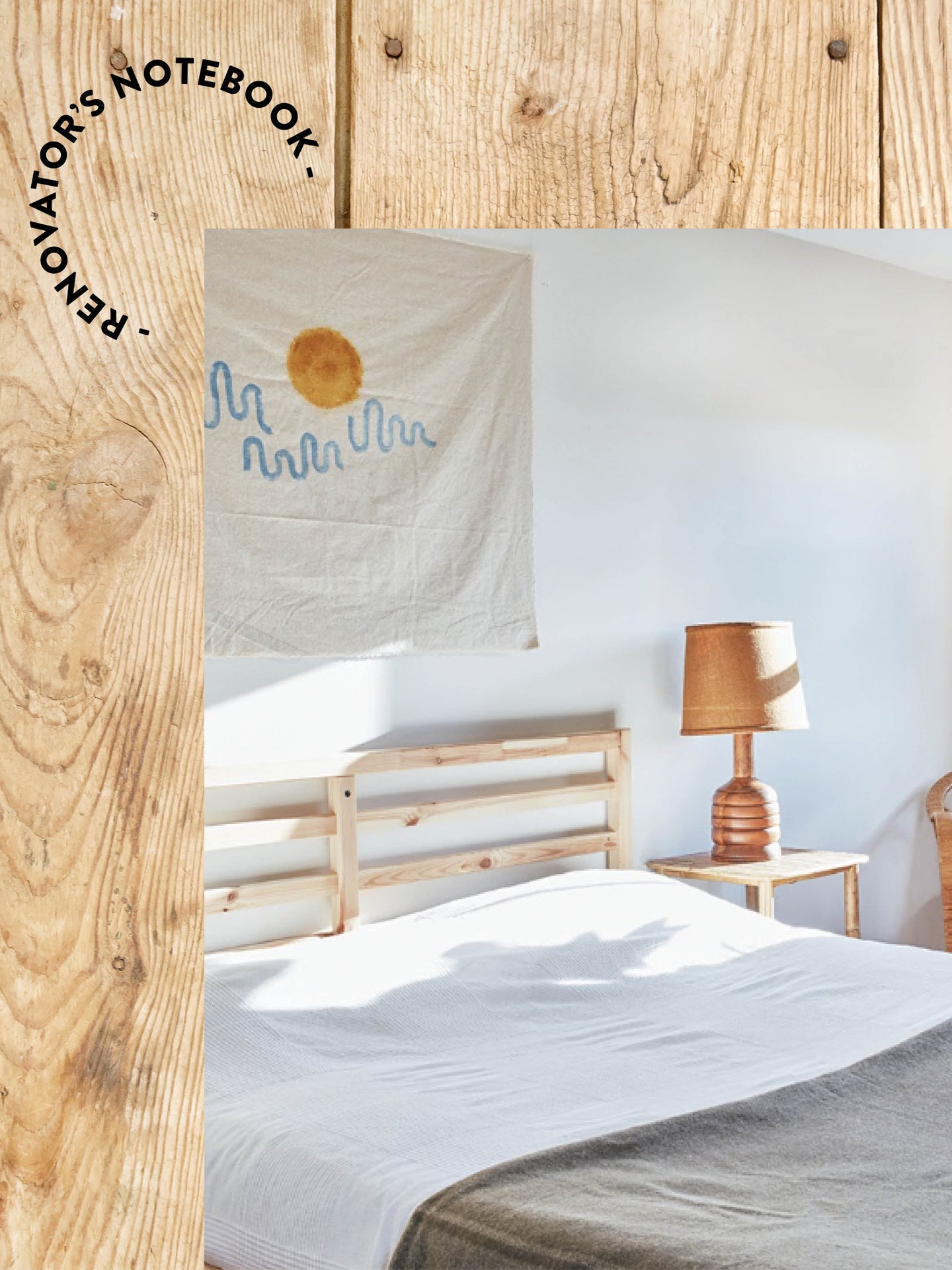 For the better part of the last decade, Sean Spellman and My Larsdotter had never stayed in one place for more than a couple of months. Spellman, a painter and musician in a band called Quiet Life, and Larsdotter, one part of the Scandinavian folk duo My Bubba, are accustomed to life on the road (they even met each other on tour in Nashville). But when a friend of Spellman’s bought a house in Westerly, Rhode Island, a 40-minute drive from the artist’s parents’ home in Connecticut, they found themselves traveling to the East Coast a lot more, and the idea of planting roots began to grow on them. The pair closed on a Cape Cod-style home in December 2018. The inside had solid bones—Spellman was even charmed by the mishmash of wood floors (some boards were put in six years ago, others 50). But it was the weathered cedar shingles and soaring Norway spruces outside that sold him on the place. Larsdotter, on the other hand, loved all the elderberries, which remind her of her hometown in Sweden.

With the hope of infusing their small town with art and music, the couple spent the past two years fixing up the home so they could list it as a rental on Airbnb (the space is an alternative gallery of sorts: Guests can experience Spellman’s work in a real setting and even buy a painting to take with them when they go.) Spellman also started Westerly Sound, a music festival series, to drive like-minded people to the area. The house is a quiet respite for city dwellers: All the untreated pine—it can be found in almost every room—has a calming quality about it, and clever decisions like turning a Menke Ceramics pot into a light fixture (peep it in the front hallway) offer plenty of inspiration for anyone considering a renovation of their own. “We tried to maintain as much of the original energy as possible,” says Spellman. “Subtle tweaks brought out the true beauty of the house.” Ahead, the artist tells us about the small changes that made all the difference in the end.

As far as major work, the only thing the home really needed was new windows (we used Andersen 400 series and painted the exterior trim and doors black). We took the old double-hung ones out and added two big casements in the living room to get more light from the West when the sun sets. I was determined to preserve the beautiful silvery look of the shingles, so when the new windows were installed, I took a wire brush and roughed up each one around the frames by hand.

Not up for a DIY? Never fear: Kick-start your project with HomeAdvisor’s directory of window replacement pros in your area.

Save: Design Around Your Existing Cabinets

We originally wanted to redo all the cabinetry in the kitchen and swap them for new plywood cupboards, but with summer rental season approaching, we were down to the wire. Instead, we put new knobs on the doors and replaced the countertop with IKEA’s Kasker Quartz (the addition cost roughly $2,000, installed, but we sold the old granite surface on Craigslist for $300). We painted the oak floorboards in Stonington Gray, thinking if we hated it we could refinish them again, but, in the end, they made the old cabinets look better.

As we were tapping the wall around the fireplace to check for studs to hang the new pine mantel—where one of my works on an old boat canvas now hangs—the Sheetrock started to crumble. We had to redo the whole thing, but it was a happy accident: It inspired us to tackle the built-ins, too, so we swapped out the shelves for bright wood planks that matched the window trim.

I love removing the doors from cabinets (I did this in my last kitchen), because open shelving adds so much more depth to an otherwise cramped space. We popped the fronts off the ones next to the fireplace and now use the nooks for wood storage.

The 15-something-square-foot half-bath downstairs was your typical grandma-looking bathroom, so we said let’s make it feel like a sauna. With the help of my friend Sam, we covered the walls and ceiling in shiplap pine (it was half the cost of cedar, which would have been about $1,300). To create some visual interest and texture in the small space, we cut the vertical planks into six different widths with nickel gaps. Removing the drywall behind the paneling enabled us to add a little recessed shelf, where a vase from my friend Erin Diane now sits.

Save: Live With Your Changes, Don’t Rush Them

All the rooms got new ceramic doorknobs and a fresh coat of paint, including the primary bedroom, where we used Benjamin Moore’s Atrium White and cleaned up the 50-year-old Douglas fir floors, which were beautiful as is but needed a little bit of elbow grease.

It’s important to allow things to be themselves, especially in a home that’s gone through so many iterations. You make small tweaks, step back, and think about it for a while. Your perspective starts to change and you see the beauty in things you didn’t recognize at first.