Patience and perseverance very much required. 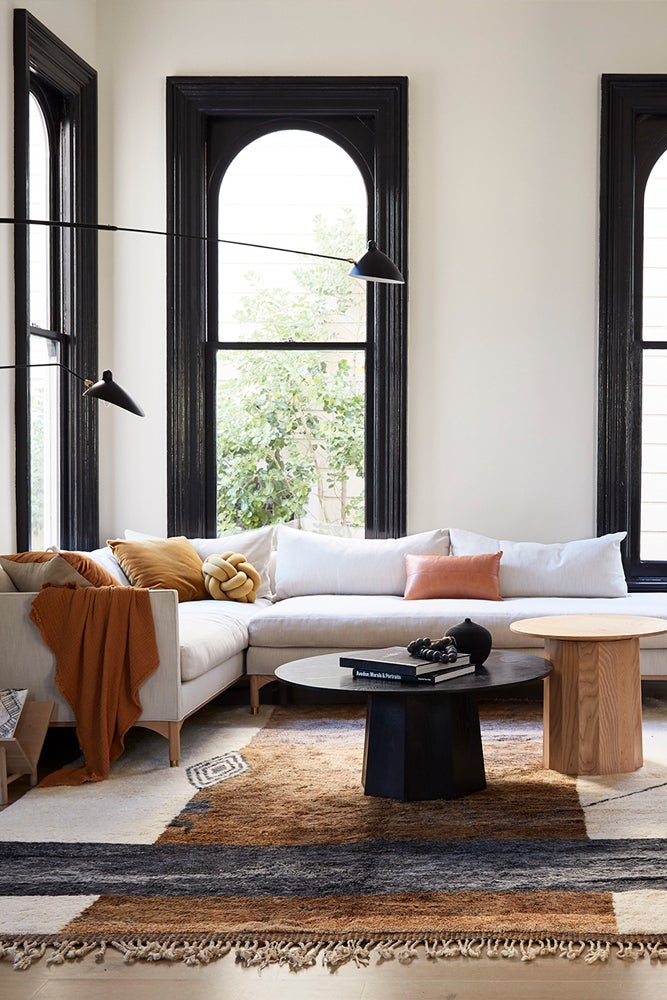 When Erin Hiemstra embarked on the gut renovation of her 1850s San Francisco Victorian, one that would test even the most experienced pros, she was four weeks pregnant. “There was no real kitchen. Just a freestanding oven unit and shelving screwed into the walls,” she remembers.

In the five years that ensued, the founder of Apartment34 infused the space with the kind of pared-back modern conveniences a young family needs, while painstakingly salvaging every original detail she could—all while entering the world of motherhood. Her architect, Seth Brookshire, who has an extensive understanding of historical restoration and permitting, shepherded her through the whole process. Here’s how she carefully preserved her home’s heritage during the remodel:

She Did Endless Research

“We are only the fifth owners in this property’s history,” Hiemstra explains. “That felt particularly special.” So to replace the flimsy two-by-four plank that served as a staircase banister, she spent a lot of time researching historically accurate balustrades. “I had many a Brooklyn brownstone pinned to my inspiration boards,” she says. In the end, they worked with L.J. Smith, who came recommended by their hardwood floor guy. “I knew from the outset that I wanted the stairs to be black, so we went with more traditional posts to balance the look,” adds Hiemstra.

What She Couldn’t Save, She Replicated…

Having the 63rd house on the San Francisco Landmark list meant Hiemstra was determined to restore all the original lath and plaster walls, intricate crown molding, and decorative ceiling medallions. Her builder painstakingly sanded, patched, and repainted the crown molding, but “sadly, the original ceiling medallions began to crumble as soon as we attempted to touch them,” she recalls. She quickly took pictures of the remaining ones and found a woman who replicates historic plasterwork to re-create them.

One feature Hiemstra wasn’t able to save were the floors, which had rotted in spots. She replaced them with all-new, wide-plank oak throughout and created a custom stain that was applied on-site. That process wasn’t without its hurdles either. “The first round of stain didn’t take, setting the entire job back nearly a month,” she says. The wait was worth it—the finish gave the house the continuity and Scandinavian influence she was craving.

She Put a Ton of Thought Into the Smallest Details

Early on, Hiemstra fell in love with the original glass doorknobs on the antique pocket doors that divide the living room from the dining room. “I feel so lucky to have been able to preserve those,” she says. Using them as an inspiration point for the rest of the house’s doors, she sourced similar knobs from Emtek (although in the utility room, she used a milk-glass version). “All the bathrooms have them to note the different use for those rooms,” she explains. “Those little touches make me smile every day.”

She Tried Every Route to Find the Perfect Fireplaces

Before the renovation, the house was peppered with mismatched fireplaces. “We demoed the hideous ’70s ones, but all that was left were holes in the walls,” Hiemstra remembers. After friends told her about their major scores at salvage yards and Craigslist, she was hopeful she’d have the same luck. “I hunted relentlessly for more than three years,” she notes.

In the end, she turned to the Chesneys catalog of historically accurate fireplace mantels for both the dining and living rooms. In her bedroom (the only room she had professionally decorated, by her friend Lauren Nelson), they opted for a custom-designed marble surround. “One of my favorite pastimes is lying in bed and staring at the gorgeous stone,” she says—just one of the benefits of taking five years to get every detail right.

See more renovations like this: We Transformed an Old Porch Into a Laundry Room for $6K Almost Half of Our $16K Exterior Remodel Budget Went to Painting the Fence It Cost Us $25K to Turn an Old A-Frame Into a Scandi-Inspired Getaway